"Discipline, Pain, and Good Fortune": A Debut Novelist Discusses His Path to Publication 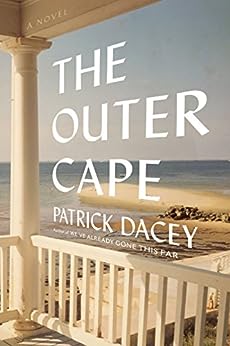 Patrick Dacey, whose debut novel, The Outer Cape, is an Amazon Editors' Best of the Month pick, talks about how his mother’s death and his son’s birth led to the writing of this astonishingly poignant and closely observed book.

Amazon Book Review: This has been an extraordinary 18 months for you. You published We’ve Already Gone This Far: Stories in February 2016, and your novel, The Outer Cape, this month. How did that all come about?

Looking back, I can’t believe I ever got here in the first place. I wasn’t much of a reader in high school, or college. At Syracuse, I majored in something called speech communications, which was like saying, I have no idea what I’m doing here. Then I took a class with George Saunders. I didn’t know his work then. I just needed a humanities course and short story writing seemed the easiest. He urged me to keep writing and that meant the world, meant I had someone in my corner who thought I could accomplish this. Skip ahead twelve years, two failed novels and countless stories, roughly 270 rejections, and a divorce, and I’m living in an apartment where my kitchen is my bedroom is my living room, working the graveyard shift at a homeless shelter and detox center, when it hits me that whatever I was writing way back then, whatever spark I had, it was something I’d been running from, trying to write like other authors. And so I went back to my early stories, especially the first one in We’ve Already Gone This Far, “Patriots.” I saw the spark there and embraced it. I drew all the stories in the collection from that first one and finished the book while I was on my shift. Then I contacted five young agents who were looking for story collections. Claire Anderson-Wheeler at Regal Hoffmann and Associates ended up signing me, and she’s been a godsend. We were able to take the collection and a portion of what would become The Outer Cape to various houses, finally choosing Henry Holt. So, in a nutshell, this all came about through discipline, pain, and good fortune.

Your fiction is mostly set in a Cape Cod town you call Wequaquet. What’s the significance of that setting for you? Could your writing be set in, say, Detroit, or is there something special about the coast?

Wequaquet is the name of the lake I grew up near and where my father grew up near. When I started to conceive of the first book, I had different towns in mind, places I’d lived around the country, but I kept coming back to this fictional place that was just as important to the story as any other character. I kept seeing these roads and buildings, and distances and voices from my hometown on the Cape, and so I set most of my work there. I find the ocean to be comforting, and transcendent. I can’t stand borders and walls, real or invented.

You’ve had a lot of jobs along the way: your author biography in The Outer Cape mentions that you worked as a reporter, landscaper, salesman, at a homeless shelter and a detox center. How did those jobs influence you as a writer?

Where I grew up on Cape Cod, the best money was in landscaping, so that’s what I did throughout college and for a time after. You meet a lot of characters on these crews. We tell each other stories all day to pass time. I can’t remember ever laughing as hard as I did when I was with the landscaping crew. I taught composition after graduate school, but after a few years I felt like I was missing something. So I started in as a reporter, though I wasn’t very good at writing stories about town hall meetings or who had grown the biggest pumpkin, so I went on and started working closely with alcoholics and drug addicts, eventually developing a program with my father to help people in recovery through the first fifteen days of sobriety. At the time, I was broke and had just lost my second agent, and was considering going into a career as a counselor, so that’s when I took the job at the shelter. But, I couldn’t shake the desire to write. I kept at it during those early morning hours. All these jobs I’ve had are like miniature worlds with your heroes and villains and ancillary figures. You get involved in everyone’s different crisis, there’s gossip about this one or that one. It’s all storytelling. When I figured that out, that’s when I started to find my own narrative voice. 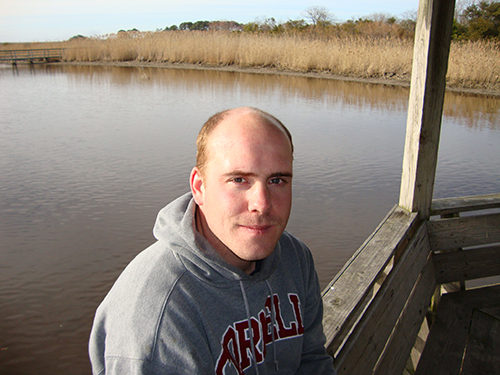 The Outer Cape is dedicated to the memory of your mother, and in your acknowledgements you include a note to your son: “You are young now. But when you are older, and you come across this book, I want you to always know, despite what you see, hear, or feel, there is love in the shadows.” Is this a novel you could have written before you lost your mother, or before you had a child of your own?

I don’t think so. I lost my mother from ovarian cancer in 2003. I hadn’t fully committed myself to writing yet. But she was the only link to creativity in my family, really, having been a painter when she was younger, and so as I started to get serious with writing fiction, I promised I would dedicate my first book to her. On November 9, 2012, my son was born. He was only three pounds at the time. We were in the NICU for a while. That was hard. I saw how tough he was. He had a broken arm and tubes down his throat. At some point around that time, my ex and I lost each other. So with the first book, I ended up focusing a lot on my marriage breaking up, going broke, and raising my son. I dedicated my first book to my son and the second to my mother. The Outer Cape is in large part my trying to capture the memory of my mother, to humanize her, because I remember how she would sometimes get upset that no one had taken the time to really know her, especially towards the end. I hoped she knew that her love for me and for the world was a driving force in my life, and the way that I learned what love is. I hope my son can feel that, too, no matter what happens to him.

Are you a writer who believes good writing can be taught? Not everyone does.

I don’t think good writing can be taught. My idea of writing is something very spiritual, that it comes from a place you can’t see, a voice or an idea, and that to be open to that voice or idea, you have to be willing to accept whatever darkness there might be in it. That’s the content, and the rest is discipline and having a thick skin. At Syracuse, I learned what it takes to be a writer. I saw the strain and fury and purpose in my teachers’ eyes. They were working through the voices and ideas. My thought is that you take the MFA so that you have time and exposure to the writing life. You can learn some technical aspects and perhaps find some good contacts to have down the road, but more often than not, you learn what it takes to be a writer and if you have it in you.

Because you write about white, Anglo-Saxon culture (very loosely defined), it’s tempting to compare you to Updike and Cheever. What’s your reaction to those comparisons? Are there other writers with whom you feel you have more in common?

I don’t think I’ll ever know where Cheever and Updike were coming from. The comparison is kind and generous, though my hope is that I don’t have anything in common with anyone, that my voice is my own. I’d like to think my characters are more rooted in the working class, as well as the now. Those writers I admire because they focused on the now, and in my own little fictional world, I want to develop characters who share a history of what it’s like to live in this world at this time. Some of my favorite writers—Kazuo Ishiguro, John Edgar Wideman, Alice Munro—I have nothing in common with. But they capture time and place with precision. They challenge me with their originality. And so I aspire to be unique. It’s a disease, really. Terminal uniqueness.

Are you working on another book? Can you tell us something about it?

I’ve been working on two different novels, one that’s a love story between a reproduction artist and gallery owner in modern China. The other is a very different project, something that takes place in the 80s and 90s and involves a young man’s working relationship between his various occupations and the ever-expanding universe. I also recently completed a new collection of stories. I think what I’m afraid of most is wasting time.

Thanks so much, Patrick. It’s been a pleasure talking to you about writing and The Outer Cape.