The Best Biographies & Memoirs of the Year So Far

Here are just a few of our favorite Biographies & Memoirs of 2017. Browse all of our selections, and find more editors' picks across a dozen categories in the Best Books of the Year So Far. 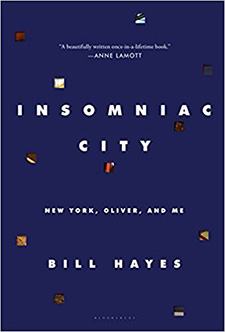 The late, great Oliver Sacks was so famously private, he didn’t divulge that he was gay until his memoir, On the Move, was published, shortly before his death at the age of 82. Granted, this revelation was one of the least interesting things about him. Sacks was widely beloved, which is saying something for a scarily brilliant, yet somewhat reclusive neurologist. But his childlike wonder and ability to wrap our brains around the complexities of everything from music to migraines to the cancer he succumbed to, was infectious, and the graciousness--and extraordinary gratitude--with which he accepted his terminal diagnosis earned him even further admiration. It stands to reason, then, that Sacks’s life partner must be pretty remarkable as well, and Insomniac City provides ample proof. In this affectionate and magnanimous memoir, author and photographer Bill Hayes pays tribute to their relationship, and provides a paean to one of the other loves of his life: New York City. Hayes’s contagious regard for the Big Apple makes you almost believe that getting lost on the subway is a happy accident (almost!), and his Humans of New York-esque vignettes inspire the same esteem and faith in humanity as Brandon Stanton’s blog of the same name. Add to that a couple of delightfully unlikely cameos from Björk and a black-eyed Lauren Hutton, and you won’t want to sleep until the last page of Insomniac City is turned. Somewhere, Oliver Sacks is smiling. --Erin Kodicek 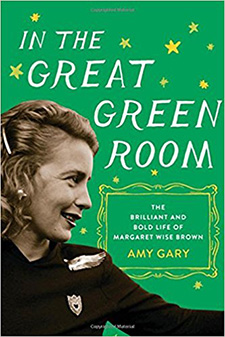 Goodnight Moon is an icon of childhood, a book still given for baby showers and first birthdays even though it’s over half a century old. Goodnight Moon and The Runaway Bunny may be the stories she’s most known for, but Margaret Wise Brown wrote scores of books. And poems. And led a remarkable life that was totally unlike the quiet, simple pages of her most famous work. Brown was passionate about children’s book publishing, and she was a visionary of interactive formats. A successful career in writing did not come easy to her, and Brown found inspiration in Gertrude Stein that completely changed how she approached her craft. Thanks to Any Gary’s insightful biography, In the Great Green Room, Margaret Wise Brown has become much more to me than simply the familiar author of much-loved children’s books. Now I see a colorful, vibrant woman who had complicated love affairs, a unique ability to see the world through a child’s eyes, and who was constantly recreating life on her own terms. --Seira Wilson 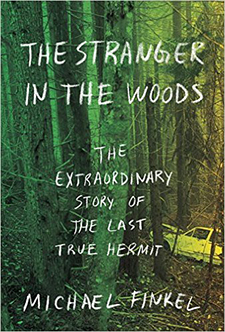 In 1986, Christopher Knight stepped into the Maine woods and stayed there for 27 years, eking out an existence by burgling local cabins for food, batteries, and clothes, leaving no trace as he moved through the wilderness. The “North Pond Hermit” grew into a local legend, reasonably feared by some; others saw him as a harmless eccentric and sometimes left supplies on their porches for the taking, just to save everyone the trouble. After he was finally caught breaking into a camp, Knight became a minor sensation, drawing the interest of journalist Michael Finkel, who turned his interviews with the sometimes combative recluse into The Stranger in the Woods: The Extraordinary Story of the Last True Hermit. This isn't Walden or Into the Wild. Knight doesn't seem to have been possessed by an urge to commune with nature, or even any kind of anti-societal philosophy. So what - other than a need to be alone - made him tick? Finkel was dogged in his research. Beyond his insistent interviews with the reluctant Knight - often to the point of his annoyance - Finkel retraced Knight's paths through the woods, explored his secluded, surprisingly sophisticated camp, and spoke with law enforcement and locals in his efforts to crack the enigma. Much about Knight remains mysterious - he is one genuinely unusual dude - but the investigation is fascinating. 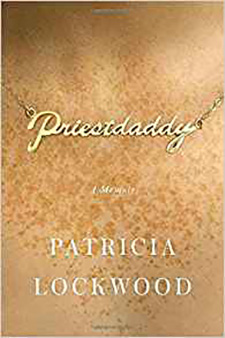 Do not be put off by the slightly creepy title of this memoir: this is no sordid tell-all outing a deviant priest. Priestdaddy slides into the “you can never go back” end of the memoir spectrum. When debilitating illness, and the poverty that results, drives poet Patricia Lockwood and her husband to accept her father’s offer of shelter, she reluctantly returns to her childhood home. Except in Patricia Lockwood’s case, her father is Father Greg Lockwood, a married priest (short explanation: papal dispensation) who likes to lounge about in his boxers, “shredding” his guitar, and raging “HOMEY DON’T PLAY THAT” to signify displeasure. Home for Patricia and her husband will be in a bedroom near that of her parents in the rectory which comes with her father’s parish (a sign outside reads ‘God answers kneemail’). Part of the fun in this hilarious memoir is watching Lockwood gamely try to play the part of the straight-man to her parents’ shenanigans. The other part is seeing that most of their lunacy has rubbed off on her. Though she attempts a semblance of normalcy for her husband’s comfort, it’s clear that she’s all in with her crazy family. The laughs range from silly to raunchy in a spectrum that might make David Sedaris envious, but the line that stands out the most comes near the end: “A family never recognizes its own idylls while it’s living them.” Priestdaddy is Patricia Lockwood recognizing her idyll. --Vannessa Cronin 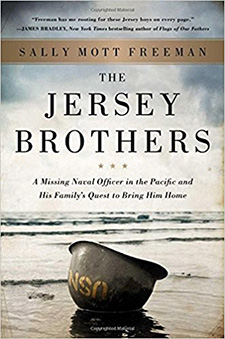 Sally Mott Freeman's The Jersey Brothers is the well-researched true story of three brothers living out a very personal narrative against the backdrop of WWII. Eldest brother Benny was an officer on the USS Enterprise, one of the only vessels to survive Pearl Harbor; and middle son Bill was assigned by Roosevelt to the Map Room in Washington. Youngest brother Barton was sent to the Philippines, where he was expected to be relatively safe—but after a Japanese attack, he was listed as MIA. The Jersey Brothers is the story of a family’s frantic efforts to find and free the youngest brother, while he fights to survive life in a Japanese concentration camp. Author Sally Mott Freeman takes an intimately human approach to this war story, adding a meaningful and memorable chapter to our understanding of the Greatest Generation. --Chris Schluep 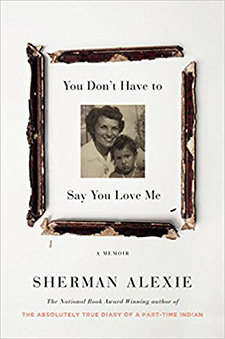 Sherman Alexie's memoir, You Don’t Have to Say You Love Me, is an extraordinary look at the complicated relationship between a remarkable mother and an equally remarkable son, set, mostly, in the Spokane Indian Reservation where Alexie spent his childhood. His whip-smart, sometimes cruel mother saved the family when she stopped drinking, but was inexplicably tough on her kids – something Alexie traces back to mental illness, sexual assault, and the Indian experience of violence and oppression. Family memoirs often seem like an opportunity for score settling, but Alexie is so aware of his own fallible memory and his own imperfections that this one won’t make you bristle. His style is idiosyncratic – passages of verse lead to passages of prose -- but it’s readable, unpretentious, funny and deeply compassionate. --Sarah Harrison Smith

How Did Those Famous...
Read