July 20th marks the 50th anniversary of one of the most extraordinary achievements in human history: the Apollo 11 lunar landing. We know the principals: astronauts Neil Armstrong, "Buzz" Aldrin, and Michael Collins. Some of us know about Apollo 11 flight director, Gene Kranz. Through recent books and film, we're starting to know more about the essential contributions of thousands of women and men who worked in the shadows meet JFK's ambitious 10-year deadline to put a man on the Moon. It took two to tango, and more information about the cloaked-in-super-secrecy Soviet space program has emerged in recent years. (A few months back, I compiled an already-dated list of books here.)

But before mankind took any giant leaps, our best friend—as they often do—led the way. The first living organisms (of the non-microscopic persuasion, anyway) to slip the surly leash of gravity were the Soviet space dogs, a crew of canine cadets recruited from the streets of Moscow and trained up for the rigors of space flight. Among the first dogmonauts was Laika, a mutt who perished aboard Sputnik 2—either by design or an on-board malfunction, probably both. Later, Belka, Strelka, and others fared better, becoming the first animals to return safely from orbit.

The decision to send dogs into space instead of humans rightly drew criticism and protest, mostly outside of the U.S.S.R. Later, Soviet scientist Oleg Gazenko rued the decision, saying, "The more time passes, the more I'm sorry about it. We shouldn't have done it." (As a comparison, the United States and other aspiring space-faring nations have launched monkeys and other primates.) Still, Laika and her successors became Russian heroes, their muzzles emblazoned across countless bits of propaganda, including commemorative plates, souvenir coins, and cigarette cases.

Martin Parr's Space Dogs: The Story of the Celebrated Canine Cosmonauts chronicles the Russian Astropup experience—the dogs, their training, the flights, and the cult that grew around them. It's both a tribute to their sacrifice and a surreal catalog of the Cold War. Here are a few of the images from the book. 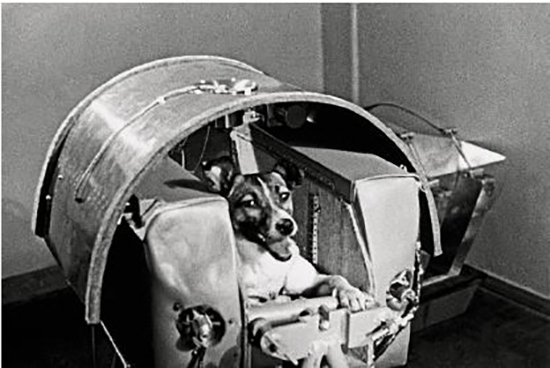 Laika in the training capsule prior to her space mission. As part of their preparation for flight, dogs were trained to be comfortable in confined spaces and endure extended periods of inactivity.
Credit: © SPUTNIK / Alamy Stock Photo 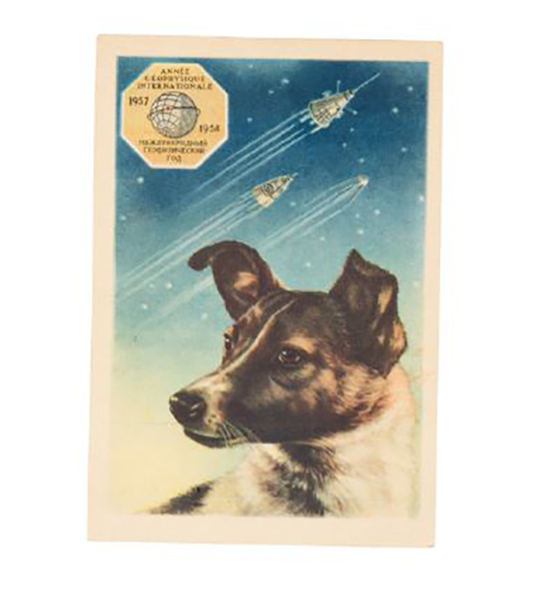 1958 postcard with portrait of Laika by the artist E. Bundobin, with the first three sputniks shown in the background.
Credit: © Martin Parr 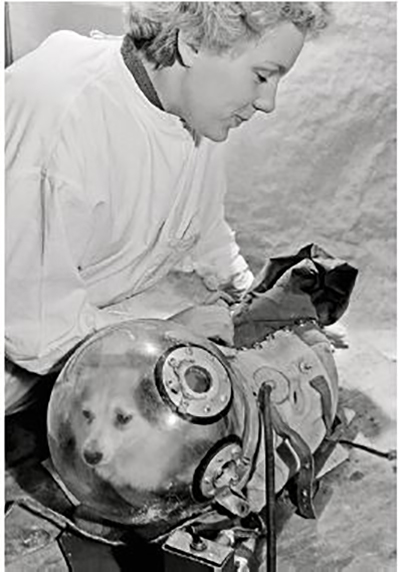 A Soviet space dog wearing a pressure suit and acrylic glass bubble mask. Female dogs were chosen due to their size and temperament, but also because of the design of the spacesuits.
Credit: © ITAR-TASS News Agency / Alamy Stock Photo 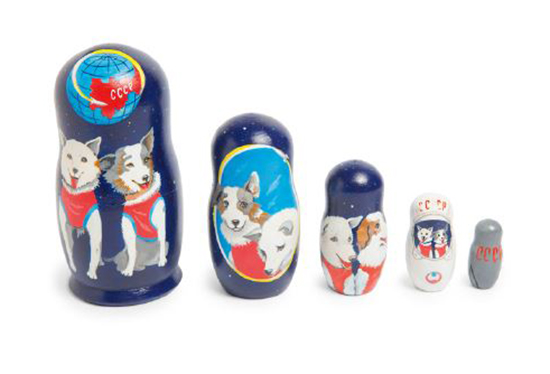 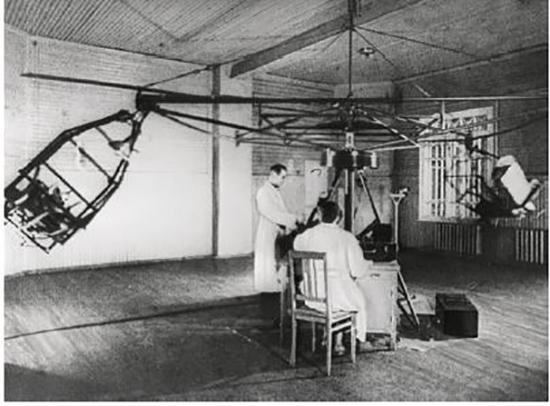 The dogs underwent rigorous training to prepare them for spaceflight. They were taught not to be afraid of certain sounds and vibrations, and were placed in centrifuges to simulate rocket launch and test the effect of centrifugal forces on their bodies.
Credit: © ITAR-TASS News Agency / Alamy Stock Photo 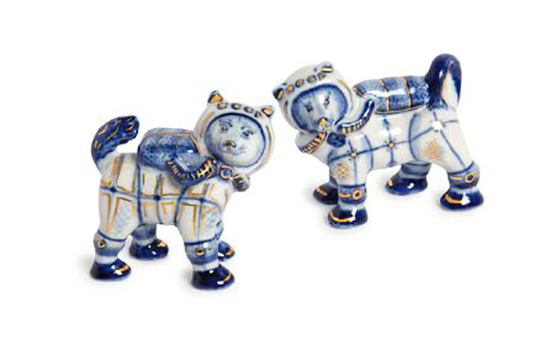 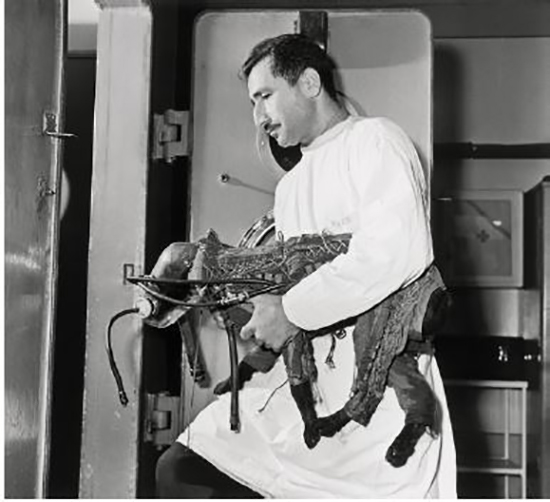 Laika the space dog wearing a spacesuit, with his handler.
Credit: © Photo by Serge Plantureux/Corbis via Getty Images 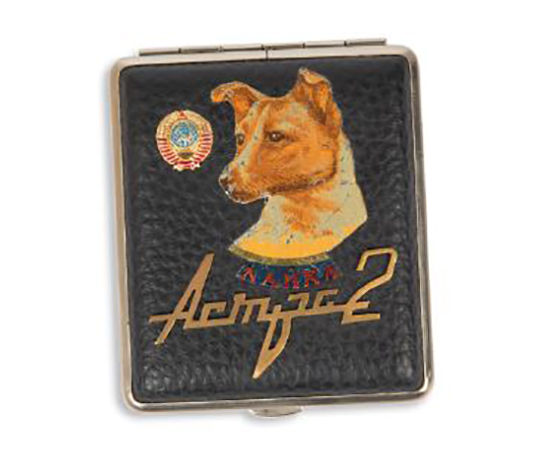 One of the most popular canvases for Laika’s image was the cigarette case. These ranged from inexpensive boxes to more finessed plated metal and leather cases. Many featured Laika alongside Communist emblems and portraits of Lenin.
Credit: © Martin Parr