The Secret, Dangerous Lives of Teenagers in Ali Land's Chilling "Good Me Bad Me" 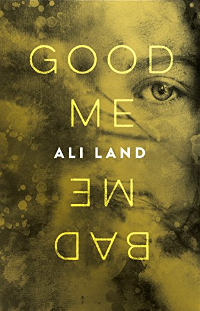 Within a few pages, readers will be mesmerized by Good Me Bad Me and by Milly, a teen placed temporarily with a foster family as she prepares to testify against her mother, who kidnapped and killed small children over several years. But the foster family, which seems so perfect from the outside, is riddled with secrets. And it soon becomes clear that Milly herself has been damaged deeply by her mother.

The Amazon editors picked Good Me Bad Me as a best book of the month and made it our Featured Debut of September.

We spoke to Ali Land by email about the pressures teens face and how she built Milly's memorable character.

Amazon Book Review: This is your first novel. How long has this book idea been bubbling in the back of your brain? 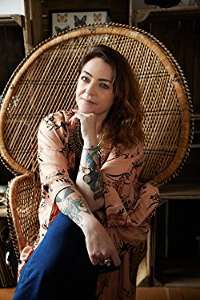 Ali Land: Not so much the book idea—that happened about three years ago—but the conversation that led me to put pen to paper was about nine years ago. Prior to becoming a writer I spent a decade as a Child and Adolescent mental health nurse. During that time I looked after a fifteen-year-old girl who believed her insides were a different color, and no matter what she did, she would turn into her mother who had been involved in the serious harm of young children. I carried the burden this young person, and others, felt, around with me for years, and it left me feeling haunted. When I couldn’t hold it in any longer, the first draft of Good Me Bad Me tore out of me in five, sleepless months.

Milly, your fifteen-year-old narrator, struggles with how much of herself she should reveal to her new foster family, especially as some members don’t seem to really want to get to know her. Is this tension between concealing and revealing the true self something you’ve see often in teens?

Absolutely, yes. Secret keeping amongst teens is, in the most part, very normal. It’s how a sense of self is developed and their identity is carved out. As a mental health nurse I used to run various therapy groups for children in treatment. We encouraged them to ask themselves questions like: who’s keeping the secret, what is the secret, and why are they keeping it. The advice we gave to their parents was to ask the same questions. Teenagers want, more than anything, to fit in, to be included, to find peers that they can share interests with. The concealing and revealing is like a dance that happens between them, a bond, but one that can be severed if too much or too little is revealed or withheld. Adolescence is a particularly turbulent time in life, and the secrets that Milly has, and the pressure she is under to keep them, create, at times, an excruciating tension for her, which is something I felt important for the reader to experience. 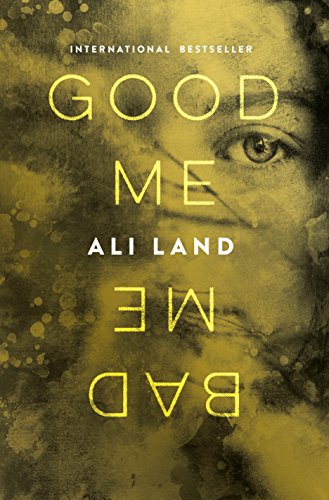 Good Me Bad Me

Do you think it’s possible for us to ever show our true selves—even to ourselves?

Yes, I do believe it is, certainly not to everybody but those that love us unconditionally, yes. And in regards to self, I think it’s often less about deliberately trying to hide parts of ourselves, more that we don’t necessarily know ourselves well enough. Life is busier than ever and full of distractions. Simply by logging onto our laptop we’re one click away from the rest of the world. The choice that comes with that can confuse a person. Who am I? Who do I want to be? Who should I be? I recently read a line of poetry by Atticus—“She wore a thousand faces, all to hide her own” —which immediately made me think of Milly. The majority of people would never understand that although Milly handed her mother into the police, she misses her, the Peter Pan killer, the monster who is splashed across the front of every newspaper. In cases like Milly, sadly, she’ll never be able to show her true self, but by writing about children like Milly I’m hopeful a different level of understanding will be reached, and following that, compassion. I very much view my writing as an extension of my nursing and it’s a privilege to be able to share, and discuss, the book with readers from all over the world.

I was fifteen when I read Lord of the Flies and it had a profound effect on me. I found myself asking the questions: What would I or any of my classmates do if we were marooned on an island? What would I be capable of? What would you? Not only did it make me think about the potential of children and what actions they might take in order to survive extraordinary circumstances, it also made me think about forgiveness. Can people forgive children who do dreadful things in order to survive? Reading Lord of the Flies as a child gave me permission as an adult to explore, within the safe space of fiction, how people feel about children who are different in some way.

Milly wants to give her “good me” supremacy over her thoughts and her actions, but ongoing bullying at school undermines her intentions. The use of social media and mobile phones to further the bullying is especially infuriating. Do you think kids are bullied more now than previous generations were?

I think the way in which bullying happens has changed. It’s less about fisticuffs or name calling in the playground but now a sophisticated and sustained onslaught using phones and the internet. The hurt moves at a much faster pace with a must vaster reach, therefore the damage to the individual is greater. Social media and the online savviness of young people creates opportunities for the bullying to remain hidden for longer—no ripped school shirt or black eye to alert the adults to what is happening. This is highlighted in the book when the online forum the head mistress gives the girls as a private space becomes an arena for bullying and hounding Milly, with her foster sister, Phoebe, changing the password frequently and always remaining one step ahead of the adults. It’s a terrifying thought that once an image is posted on the internet it can potentially remain there forever, and it’s devastating to hear of teenagers who no longer want to live because of bullying, the term bullycide now sadly part of our vocabulary. It goes back to the questions I mentioned earlier, the who’s, the what’s and the why’s. It’s not possible to monitor every facet of a child’s life, but the adults surrounding them do need to be asking the right questions, and tuning into any behavior changes that might suggest the child is being bullied.

I expect that some people are going to love the ending and others will be more ambivalent. When you started writing Good Me, Bad Me, did you know how it would end? [no spoilers!]

No, I didn’t. I’m what’s termed a “pantser,” the opposite of a plotter. I write to explore, to go as deep as possible into my main character’s psyche and see what lurks there. It was an experiment placing Milly in a foster family that look perfect on paper, but behind closed doors are anything but, yet, even in this acutely dysfunctional family, an opportunity of a new life for Milly exists, and as readers will find out towards the end of the book, a carrot is dangled. Does she go for it? And if she does, can she be blamed? Milly is only sixteen when the book ends. Has she achieved her shiny, new life? Only time will tell.