John Grisham on "A Time for Mercy" 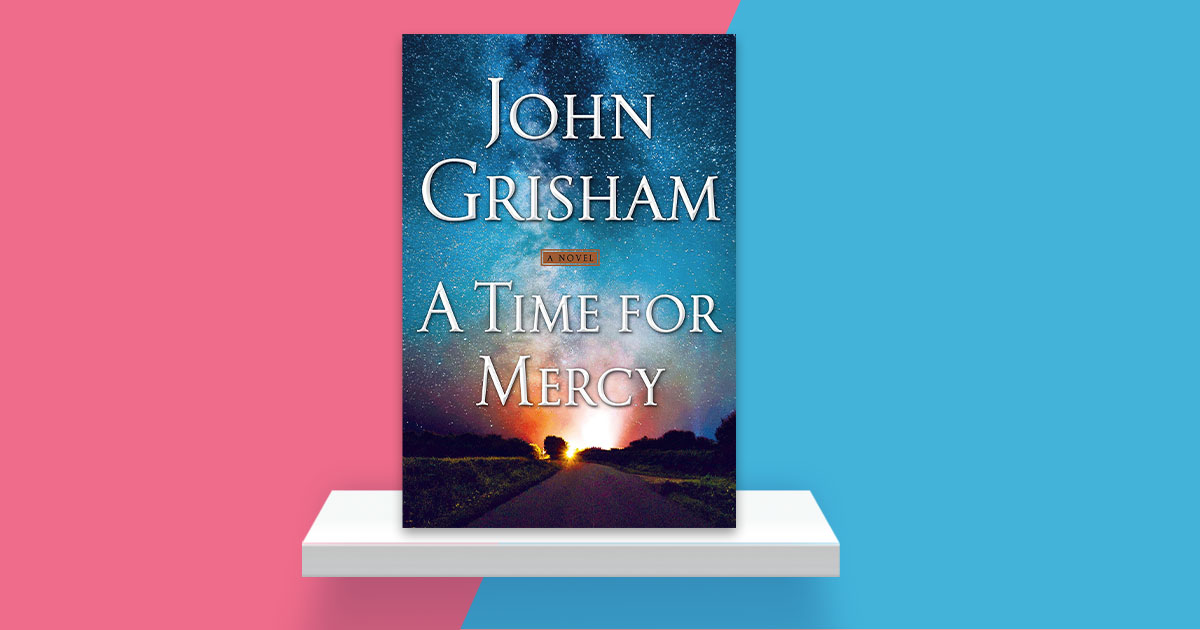 Back in 1989, a new author named John Grisham published a courtroom thriller called A Time to Kill. It landed with a thud. It wasn't until his next book The Firm was published that people really noticed that first book. I write this not to troll John Grisham but to point out that from little acorns tall oaks grow. At the time of this writing, Grisham's new novel A Time for Mercy is the number one novel on the Amazon Charts Most Sold Fiction list. It will probably be there for a while.

A Time for Mercy returns to the world of A Time to Kill and brings back Grisham's beloved Jake Brigance. We caught up with Grisham a couple of weeks ago to talk to him about his new book and his writing in general.

Chris Schluep, Amazon Book Review: Thanks for taking the time to talk on your publication day.

John Grisham: It's always exciting to get to publish. I always enjoy launch day. It’s lot of fun.

So I always ask this question first. How do you describe the book to people?

Well when you have a book like A Time to Kill that has been around for a long time and sold a lot of copies, and was adapted into a very popular film... really all you have to say is the new book is a follow-up to A Time to Kill involving many of the same characters. Jake is back in the courtroom in Ford County, just some five years after the trial in A Time to Kill. That's about the best way to describe it.

Do you consider it a sequel?

I'm not sure it's a sequel. A sequel has sort of a continuing plot. This is more of a follow up with the same characters.

There's a lot of you in Jake, right?

Yeah. When I started writing that first book it was 1985. I was 30 years old and I was a small town, struggling lawyer just like Jake. Dreaming of the big case, the big courtroom victory that would make me famous, that kind of stuff. That’s what lawyers do. I had a pretty, young wife. We were having babies and life was good. But I still wasn't very successful. Still struggling, I’d say. Yeah, there’s a lot of Jake in me.

I didn't realize this. I just assumed that A Time to Kill came busting out of the gates. But it didn't. It was The Firm actually. That was your big hit and then A Time to Kill caught up to it, right?

They printed 5,000 hardback copies of A Time to Kill and we couldn't give them away. Eighteen months later The Firm came out and was an overnight best seller. And people realized there was an earlier book. For about, I don't know, six months, we couldn't get the original publisher to print any more books. I think they were about to go bankrupt. We had this huge demand, and finally they print some trade paperbacks and sold those, and they sold very well. At some point Doubleday just bought the rights to A Time to Kill. They went after the rights and got them and started printing hardback books initially. We sold a ton of hardback of A Time to Kill. At the same time we were selling The Firm and The Pelican Brief and the other books. It stayed around for a long time.

At the center of your new novel is a tough issue.

Yeah, the issue in this book is what do you do with a 16-year-old kid who pulls the trigger and commenced this heinous murder, and what’s the proper punishment? This happened in 1990, back when it was not unusual in the death states to put a kid on trial for capital murder. You can't do it now because the Supreme Court stopped it maybe 20 years ago. And you can't send a teenager to prison for life without parole—because that is a death sentence, and the Supreme Court stopped that.

So if you have a 16-year-old kid who commits a murder like this, what is the proper punishment? And I make the point several times in the story, if you run him through youth court, he goes to youth prison for a couple of years. And when he turns 18, he walks. No more jurisdiction. That's not a fair sentence. So I pose the issue, I pose the question. I don't have the answer. I still struggle with what to do with a kid like that. What's a fair outcome? Look at the victim. Look at the victim's family. It’s a tough issue.

It's also nice to take a break from the heavy stuff and just write an old-fashioned suspense novel. I do that, too.

I loved Camino Island. Camino Winds is on my Kindle right now. Are you going to write more in that world?

I have a contract to write one more in the next couple of years. I think I know what that's going to be. These books are just a riot to write and read, because there's no issues. No lawyers. No judges. No trials. They’re beach books, lighter fare. And you know, they're really a lot of fun to write.

Well, until then there's A Time for Mercy. It's been a long time. How good was it to return to Jake and Clanton, Mississippi?

Very, very good. It's a place I love to go to. I really enjoy those characters and I was back home. It's always nice to be home.

It's the biggest book in the country. We caught up with the author.

A Time for Mercy
John Grisham