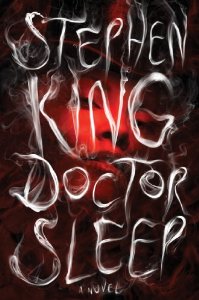 It was 1977 when Stephen King published The Shining. Since then, he has hinted a few times at writing a new story for Danny Torrance. In one interview he went so far as to wonder what kind of kids Danny and Firestarter Charlie McGee might have. Now, 36 years after we first followed Danny and his parents to the ominous Overlook Hotel, that hypothetical sequel has become a reality. Doctor Sleep, a terrific tale in both senses of the word, comes out September 24.

As part of our Character Comebacks series, we catch up with where Danny's been and where he's going.

How we knew him: A boy with a very special talent, known as shining, that gives him (among other things) insight into future events, the ability to hear others' thoughts, and even telepathic conversations with others who can also shine.

Last scene: The Overlook Hotel, where Danny's father, Jack, was working as a caretaker, had been destroyed. The boiler exploded after Jack was overcome by supernatural forces and compelled to murder his family. Danny, his mother Wendy, and the hotel's cook, Dick Hallorann barely escaped. Finally, the three reunited at a resort in Maine where Hallorann found work, and we were left with hope that Danny would one day be okay.

Where is he now: We see Danny Torrance first only a few years after the events at the Overlook. However, it's soon Dan Torrance -- approaching his thirties and into his forties -- that we come to know as Doctor Sleep, a man with demons (both real and imagined) who helps those passing from this life to ease their journey. 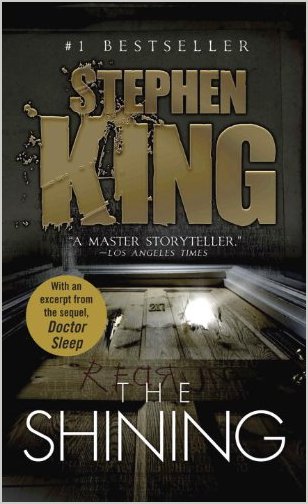 Why we love him: How could we help but adore this five-year-old who, like a true hero, faced the events of his childhood and the terrible burden his talent put on him. We want to see a kid like that come out okay. Even when we meet him again as an adult, he's riddled with emotional scars. And though many of his problems are of his own making, we long to see him finally find some peace, some happiness, some closure.

According to King: I wanted to see if [Danny] still had the shining as an adult, of course. But I was also curious about what he was like as an adult otherwise, having come from such a dysfunctional family and having lived through such a chilling supernatural event.

A sneak peek inside the new book:

On the second day of December in a year when a Georgia peanut farmer was doing business in the White House, one of Colorado's great resort hotels burned to the ground. The Overlook was declared a total loss. After an investigation, the fire marshal of Jicarilla County ruled the cause had been a defective boiler. The hotel was closed for the winter when the accident occurred, and only four people were present. Three survived. The hotel's off-season caretaker, John Torrance, was killed during an unsuccessful (and heroic) effort to dump the boiler's steam pressure, which had mounted to disastrously high levels due to an inoperative relief valve.

Two of the survivors were the caretaker's wife and young son. The third was the Overlook's chef, Richard Hallorann, who had left his seasonal job in Florida and come to check on the Torrances because of what he called "a powerful hunch" that the family was in trouble. Both surviving adults were quite badly injured in the explosion. Only the child was unhurt.

Wendy Torrance and her son received a settlement from the corporation that owned the Overlook. It wasn't huge, but enough to get them by for the three years she was unable to work because of back injuries. A lawyer she consulted told her that if she were willing to hold out and play tough, she might get a great deal more, because the corporation was anxious to avoid a court case. But she, like the corporation, wanted only to put that disastrous winter in Colorado behind her. She would convalesce, she said, and she did, although her back injuries plagued her until the end of her life. Shattered vertebrae and broken ribs heal, but they never cease crying out.