Annalee Newitz on punk rock, feminism, and "The Future of Another Timeline" 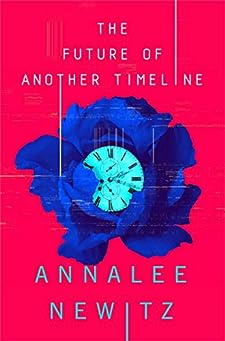 Unexpectedly, Annalee Newitz’s newest speculative novel, The Future of Another Timeline, opens at a punk rock concert in Orange County, California, in 1992. Time traveler Tess has leaped back to this moment from 2022 to steer herself and her friends away from a violent moment that alters their futures.

While at the concert, Tess runs into a male time traveler she’s encountered before. While Tess and small group of time travelers called the Daughters of Harriet are secretly making edits to the past in order to maintain or expand women’s equality, they’ve wondered if others are making edits to increase men’s primacy. Finally, the existence of a rival group that Tess dubs the Comstockers is confirmed.

The concert is intense, loud, and clearly important to Tess. When I asked if The Future of Another Timeline was in some ways a love letter to punk rock, Newitz said, “Yeah, I was definitely a riot grrl. I was also a big nerd. There’s a little bit of me in there. I wanted to capture that weird historical moment in the early ’90s when feminist culture really blossomed into something unlike what we’ve seen before. Young women were entering the punk space, which had been really macho and really male, and we were saying, Yeah, we can be tough too and we can smash things and we can scream…. Feminism has gone in new directions that are equally awesome, but we forget there was this moment of unfettered rage that was unleashed at that time partly because of a backlash against feminism.”

As Tess and the Daughters of Harriet make their edits to the past in order to secure equality for women in the future, the timeline changes. Occasionally the resulting changes are large; more often they are subtle. Sometimes Tess and the Daughters of Harriet have to assume that their edits are working based on the increasing amount of resistance they get from the Comstockers. “Change is never linear or obvious,” Tess thinks at one moment when she is in Chicago in the 1890s, dealing with the true, historical Anthony Comstock. “Often progress only becomes detectable when it inspires a desperate backlash.” 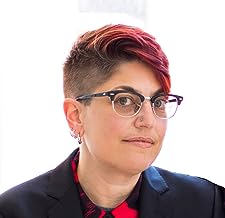 I asked Newitz if they felt we were living in a time of desperate backlash right now. “I definitely think we are,” they answered. “A lot of [the book] is me reminding myself and my readers that, yes, these are troubled times, but partly that’s because we're making progress. It is really true. I did a lot of historical research for this book, and as a science journalist I've been doing a lot of writing about archaeology and ancient civilizations. Over and over again in civilizations, [when] a group that has been excluded starts to take power, you suddenly see this crackdown. And that crackdown eventually cracks up and cracks open, but it might take a generation. It might take two generations. And that’s the hard part—being stuck in time and having to see things move so slowly. So having a time machine… that's such a pleasure and an escape.”

While every scene is vivid and realistic, Newitz threads into the story hints that the world Tess lives in and time-travels in is not our own: abortion is illegal, and Harriet Tubman was elected as a U.S. Senator. “It actually started as an alternate history,” Newitz explained. “I had wanted to write an alternate history where abortion is illegal and imagine how people would deal with that. I also knew that I wanted it to be about teenagers murdering rapists.” When Tess fails to stop her friends in 1992 from killing a man while he’s trying to rape someone, Tess’s current reality in 2022 is affected in ways she both embraces and dreads.

In time travel books, one of the most pleasurable parts can be the historical scenes. Newitz’s method for time travel centers on five Machines located in different parts of the world. Unlike in Doctor Who, time travelers cannot jump to both the time and location they want—only the time can be chosen. When Tess journeys to Chicago right before the 1893 World’s Fair, she literally has to take a canoe and then a train as she travels from the closest Machine, which lies in Manitoba, Canada. The other Machines are located in India, Jordan, Australia, and Mali.

While a good portion of Tess's adventures take place on the Midway of the Chicago World's Fair, Petra had a particular fascination for Newitz, and she located one of the Machines there. “There’s a part where the characters spend some time in a city that is part of the ancient Nabataean Kingdom, which is today located in Petra, Jordan…. In the process of researching that section, I talked to an archaeologist who studies the area, and she told me this amazing back story on how the Nabataeans and the Hebrews were in a kind of rivalry and had a kind of cultural collision.”

Newitz’s interest in the real history of civilizations will be showcased in their next book, a nonfiction archaeological investigation into why people abandoned cities. Following that will be a speculative, multi-generational novel about terraforming.

Not coincidentally, the time travel Machines in The Future of Another Timeline are embedded in rock, while the time travelers are often referred to as cultural geologists. Said Newitz with a laugh, “This [book] is also a kind of love letter to geology, which is a weird thing to have in the middle of all this other stuff. But if you like rocks, have fun in this world.” 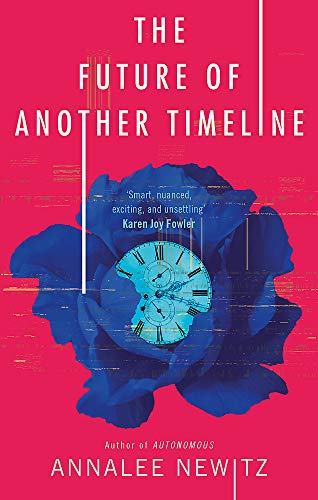