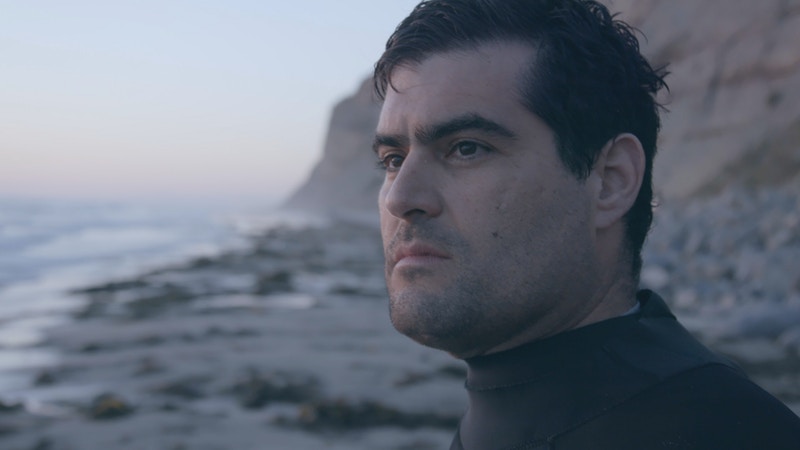 Brian Keating was onto something big. Working at the South Pole with the BICEP2—the most powerful cosmological telescope ever made: Background Imaging of Cosmic Extragalactic Polarization—he and his team detected what they interpreted as the echoes of ancient gravitational waves, cosmic anomalies indicating a sudden expansion of space. In other words, they thought they heard the Big Bang. The implications were profound, both for astrophysics and the astrophysicist himself: The discovery would provide the elusive evidence to confirm several aspects of inflation theory, i.e. the beginning of everything; and it would almost certainly earn Keating the elusive and coveted Nobel Prize.

Unless someone else got there first. In the zeal to announce their discovery, the team overlooked a decidedly less groundbreaking source for their findings: interstellar dust. Not only would there be no Nobel, but doubts over his rigor and method could be a career-ender in the intensely competitive arena of scientific discovery. Losing the Nobel Prize: A Story of Cosmology, Ambition, and the Perils of Science's Highest Honor is Keating's account of his research and its aftermath, as well as an examination of the Nobel and its effect on scientific method—after all, cosmologists are people, too. Thoughtful, introspective, and illuminating, Losing the Nobel Prize was an Amazon selection for the best nonfiction books of April 2018.

But was it really so bad? Keating's intentions were unimpeachable, and he is far from the first to have research refuted. Here Keating reflects on other cases where expedience trumped peer-review—featuring one very famous astronomer—revealing both the consequences and limits of over-examination.

It was a frosty winter night in northern Italy and Galileo Galilei was out over his skis. The Maestro had just discovered four stars flanking the king of the planets, Jupiter. The sight displaced his center of gravity, and soon humanity’s as well. For several nights in mid-January 1610, Galileo kept watch. These new stars, unlike the thousands of others visible to the naked eye, were peculiar. Not only were these stellar vassals invisible to the naked eye, they were radically different than the rest of the luminaries, those seemingly affixed to the dome of the sky. This quadruplet didn’t orbit the Earth as they should, according to the prevailing Earth-centered view of the universe. No, they wheeled around the planet Jupiter, repeating with such regularity that Galileo suspected they’d make a fine timepiece, history’s first accurate clock. Such a device could be used to measure longitude anywhere on land or sea, solving a centuries-old navigation problem. But in the winter of 1610, mankind’s first GPS would have to wait, for the heavens could not.

Galileo’s discovery that the solar system had at least two focal points was irrefutable proof that the Earth was not the center of the universe. Tarrying the publication of the first concrete evidence for heliocentrism would forestall his quest for universal (paradigm) domination.

By March 1610, Galileo self-published what is regarded as the first modern scientific paper, sans peer review of course: the Starry Messenger. Soon after, Galileo presented a signed copy to his funding agent, Cosimo de’Medici. Galileo inscribed an urgent apology that still resonates with the compulsion we scientists feel to briskly publish our findings: “It is necessary that you make my excuses to their Highnesses since the book is not printed with the magnificence befitting the magnitude of the subject, for the lack of time did not permit it, and I did not want to prolong the publication lest I run the risk that perhaps someone else might have discovered the same and preceded me.”

In the Starry Messenger Galileo went on to claim that the nebulae he saw through his telescope were entirely composed of infinite numbers of stars blending together to appear like a cloud (‘nebula’ in Latin). Going further, he said all of the Milky Way’s ‘milkiness’ came from stars uncountable. First, he’d displaced the Earth from its prominence, and now Galileo extended the discourtesy to the Sun, demoting it to a bit player in an infinite ensemble cast.

Nowadays, we know the milkiness of the nebulae is almost entirely due to gas and dust, not innumerable stars blended together. Galileo was the victim of a dusty delusion. But dust didn’t do it alone. It had an accomplice: desire. Confirmation bias preyed on Galileo’s impulse to bolster heliocentrism.

Galileo’s Copernican campaign didn’t end with the Starry Messenger. In 1632 he presented incontrovertible evidence for heliocentrism, claiming in another self-published book, The Dialogo, that Earth’s ocean tides came from sloshing of the waters as the planet orbited around the Sun. In truth, this was a bigger blunder than his nebular hypothesis, for the tides are caused by the Moon’s gravitational influence, not Earth’s motion around the Sun.

For his second foray into the self-publishing world Galileo would suffer mightily. Heliocentrism was banned by the Church decades earlier. Pope Urban couldn’t countenance such Copernican blasphemy. In 1633, Galileo appeared before a Vatican kangaroo court and forced to retract the heliocentrism as “abjured”. Delightfully, even his coerced retraction had a retraction: during his railroaded repudiation, Galileo allegedly muttered “And yet it (i.e. the Earth) moves.”

Losing the Nobel Prize: A Story of Cosmology, Ambition, and the Perils of Science's Highest Honor

Would peer-review have prevented Galileo’s downfall? Had the Vatican been the referee, surely so. But the knowledge would have been stifled for decades, if not centuries. After his retraction, Galileo was imprisoned. He kept his life, not his freedom. Nowadays, the punishments for research overreach are not so severe. Except in cases of outright fraud, research blunders don’t mean the loss of a scholar’s academic freedom. Tenure ensures that. However, retractions usually mean the end of a shamed scientist’s publicity for his or her research, a fate arguably worse than death for some academics!

Publication in Galileo’s age, as now, was the main means of establishing priority and acknowledging one’s patrons. So revered is publication that modern-day Medicis, such as NASA, actually forbid public announcements (press releases) for discoveries unless the results have been peer reviewed and published. Publication is a sort of academic imprimatur, suggestive of a sort of blunder-proofing panacea. But is it?

Recently, one of science’s largest publishers—Springer, which publishes Nature—retracted 64 articles where peer review had been faked. Fourteen years after president Bill Clinton’s infamously announced that NASA scientists had found fossilized evidence for life on Mars, NASA astrobiologists were at it again. In a 2010 press conference at NASA headquarters, team members led by Felisa Wolfe-Simon shared news of a discovery “that will impact the search for evidence of extraterrestrial life”. Wolfe and her team had discovered a novel form of life, bacteria with the catchy name “GFAJ-1”, providing evidence for a new form of life, evidence that NASA quickly embraced.

Having learned its lessons from the 1996 episode, by 2010 NASA required peer review prior to press conferences. Wolfe’s paper was published in Science. But months later the GFAJ-1 paper was assailed for improper laboratory techniques and non-reproducibility. Refutations were published and, in an extraordinary turn of events, comments made by the paper’s referees—peer reviewers—normally kept confidential, were made public. The reports from three such peers ranged from gushing to glowing (“The results are exceptional," "It's a pleasure to get a well-received and carried-out study to review," "Reviewing this paper was a rare pleasure...great job"). In retrospect, these are cringeworthy; at the time they sufficed to greenlight publication, triggering the press conference at NASA Headquarters.

Surely research quality isn’t ensured simply because peer-review has taken place. What can be done to ensure the integrity of scientific research? Sometimes looked down upon, self-publication has a role. It can crowdsource review and allow the larger scientific community, not just a handful of potentially-conflicted referees, to vet results. While the BICEP2 team bypassed peer review, it wouldn’t have saved us from the retraction that eventually came. Indeed, many breakthroughs in math and science came outside the peer review system (notably, Andrew Wiles’s proof of Fermat’s Last Theorem). A hybrid solution, combining crowdsourcing with elements of traditional peer review could guard against conflicts of interests and inherent biases, making accountability more objective. Better yet, physical scientists (and the agencies that fund us) can learn lessons from our law- and medical- school colleagues who have mandatory classes in ethical best practices. Doing so would circumvent overreach early on, catching scientists before we get ahead of ourselves.

Scientists take heart: even the Maestro published prematurely. While he was eventually pardoned by the Vatican, it took nearly 400 years. Let’s hope moderation of scientific exuberance can be tempered on a less cosmic timescale, for the future of scientific integrity is at stake.