The many reconfigurations of "Rabbits for Food" 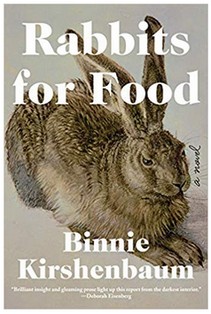 No, Rabbits for Food is not a hunting manual. Binnie Kirshenbaum's latest follows a writer succumbing to crippling depression, who is then institutionalized. Hilarious, right?! Actually, it is. Our anti-heroine's acerbic tongue, as she observes the goings-on in the hospital, and its inhabitants, is worth the price of admission alone. Here, Kirshenbaum describes her process for piecing a book together.

The form, the shape a book takes has always been of interest to me, and although my novels and stories themselves are not at all experimental, I derive pleasure from experimenting with different ways to frame the work, how to get the pieces to fit together like a jigsaw puzzle. For a few years, it seemed as if the pieces of Rabbits for Food were pieces from several jigsaw puzzles. I knew this book was one I wanted to write; and I was pleased with some of the pieces I’d written, but where they belonged was a matter of trial and error; error for a long time.

When I started Rabbits for Food, I imagined the novel would be a conversation between the fictional character of Bunny and myself (hence the name Bunny), the way siblings might talk about shared childhood experiences and remember them in very different ways. One draft in this configuration made it clear that this was the first trial and error. Next, I aimed for a traditional narrative about a woman’s mental collapse, and it seemed necessary to start with her childhood, to recounting the pivotal events of her formative years as she might tell them to a psychiatrist. Most of those anecdotes seemed to be spot-on illustrations as to how Bunny got to be Bunny. But to relate her transition from childhood to adulthood chronologically required glue to put the years together in sequence. I didn’t want to write with glue. Although I couldn’t yet figure out what to do with them, I believed them necessary. Putting them aside, I hoped I’d find a way to include them as I went along. But if not to start with her childhood, then where to begin?

Non-negotiable was her breakdown occurring on New Year’s Eve. Still unsure how I’d chronicle her mounting depression, I jumped ahead to December 31st trusting that the beginning would come to me later. But, as it turned out, New Year’s Eve was the beginning. To frame Part 1 over the course of one day was the right choice. However, to confine Part 2 to one day in the psych ward was not the right choice. Part 2 required a stretch of time.

And those pesky childhood stories? Determined to keep them, I tried flashbacks, psychiatric case studies, recorded sessions with doctors at the hospital, and as a bridge between Parts 1 and 2. Nine years and countless iterations later—eureka! The childhood stories emerged as assigned exercises in Creative Writing Therapy; a painfully ironic Activity in the psych ward.

After the aborted first draft, although I put it off as something I’d do later, like finding a title, I fully intended to change Bunny’s name. There was no longer a reason for her to be named Bunny. Except, as it turned out, there was every reason for it, and so she is Bunny, and except for finding the title, I was done. 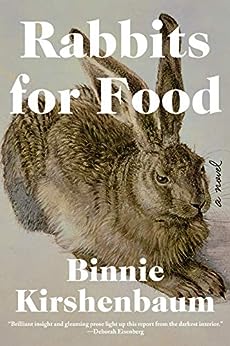