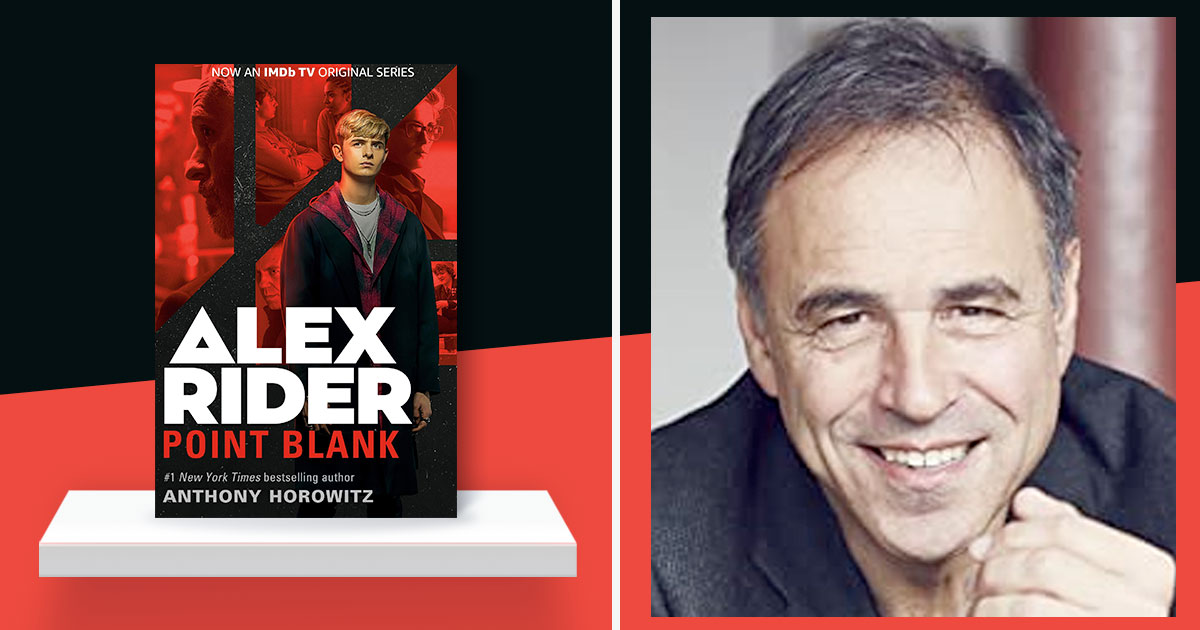 Need something new to binge-watch this weekend?  How about the first season of Alex Rider, adapted from Anthony Horowitz's best-selling book Point Blank and just released on IMDb TV. You can stream it free on the IMDb app through Prime Video.

The launch of the new series is exciting news for Alex Rider fans, and those who are just now being introduced to this character and his high adventure life, will likely devour the show and the books, post haste.

I caught up with Horowitz for a video chat recently, to talk about the Alex Rider books and season one of the IMDb TV series, of which he is an Executive Producer. Horowitz is a delightful author, as full of charisma as his popular protagonist; here's a bit of our conversation:

Seira Wilson, Amazon Book Review: for people new to Alex Rider, can you tell us a little bit about him?

Anthony Horowitz: Alex Rider, who first appeared 20 years ago in a book called Stormbreaker, is an ordinary teenager. In the books he's 14, in the TV series he's a little older, 16 or 17. His parents are deceased, he's been with his uncle, and very early on he discovers that all his life he's been trained to become a spy. His uncle is a spy. He said he was a banker but, in fact, he's a spy and has been teaching Alex to take over from him.

So Alex is drawn, very reluctantly, into the world of espionage and adventure. All he wants to be as an ordinary school boy, but instead he becomes a sort of fighter for world liberty and survival.

When you wrote the first book, Stormbreaker, two decades ago, did you have any idea that this would become a best-selling series and a franchise?

But in answer to your question, I had no idea that 20 years later I'd be talking to you now, with 13 books out there, and millions of copies sold, and a wonderful new TV series on air—that I never saw.

The first season of the TV series is based on your second book, Point Blank, can you tell us a little about that?

Well, we've already made Stormbreaker as a movie so we didn't want to do the first book a second time and Point Blank works very well because it's a very early Alex book and it has him infiltrating a finishing school, a bizarre college up in the French Alps. And it's a really good mission to get started with. It's very dangerous, there's a lot to discover, there's a lot of secrets around.

And it introduces MI6, Mr. Blunt, who is the head of MI6; Mrs. Jones, who is his number two; and Smithers, John Crawley, and all the rest of them. And we did weave into the TV show some of the origin material from Stormbreaker, so we do still meet his uncle, we learn about Alex discovering his true destiny and being trained as a spy all his life. It just worked really well and we all agreed from the start but that was the book we wanted to do.

For viewers who are already fans of your books, what do you think they'll most enjoy about the show?

Well, I hope they love the performance of Otto Farrant, who plays Alex Rider, because he is absolutely wonderful. They may be surprised that Tom, who is Alex's best friend in the books, has been elevated. He's played by young actor, Brenock O'Connor, and he's got much more screen time than he ever gets in the books; but the relationship between the two boys is really wonderful and enjoyable and you'll have fun being with them.

I think people are going to be surprised by how adult the show is. Although it's not so adult that kids age nine and ten need to worry because there's nothing in there that's too violent or upsetting for them; but that said, I think people might be pleased that it's not kids TV either. This is real family entertainment with a dark and serious edge to it.

And the best thing of all—which I hope fans are going to look forward to—is the chase: the big chase from Point Blank, where Alex goes down the hill on a snowboard—of sorts—any reader knows which sequence I'm referring to. And I said, when they adapted the book, whatever you cut out of the book, this is the one scene you must shoot. And they did it! And they did it brilliantly!

Stormbreaker was made into a film in 2006 and now we have the Alex Rider TV series—what do you like about the series format?

Well, having eight parts allows us to get much more into Alex's head, into his emotions, into his character, into his development. The story arc is longer. You don't need to just go for the thrills and the excitement—although I have to say the production team has done a fantastic job putting the money onto the screen. So it does often look cinematic.

The actual school itself—Point Blank—up in the very desolate, snowy mountains—I don't know where they filmed it, but it really does look the business; you get a sense of cinema. The director, Andreas Prochaska, really did bring a cinematographic eye to the whole thing.

Eight parts is a long time to immerse, and if it works, then the longer the better. And I have to say that the response in this country and throughout Europe—we saw it a little ahead of you—has been phenomenal! It is really something which you can lose yourself in for eight whole episodes, and right now with all the troubles that surround us, and the fears and the worries of the world of the moment, it's nice to have an escape.

We talked to the author of this best-selling series about the first season of the new TV series adaptation, his favorite parts, and more. 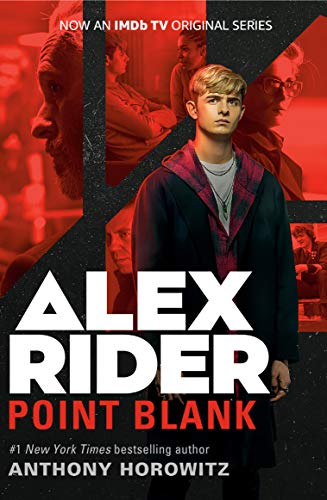