Each month we choose the best books of the month: an overall top ten of favorites, plus picks in popular genres like biography and memoir, history, mystery, romance, science fiction and more. This is great fun for us because we relish recommending great reads, but we didn’t want to be limited to just endorsing new titles. All bookworms have special gems we can't forget—beloved books that over the years we are still telling people: You gotta read this! So we launched a feature in January called Unforgettable Reads. To reign ourselves in we decided to choose a different theme each month. For February we give you nonfiction book club picks. These books have sparked lively discussions amongst the editorial team. We hope they do the same for you.

Between the World and Me by Ta-Nehisi Coates

When Ta-Nehisi Coates talks about his experiences as a black man, some readers will be already too aware of the everyday racism that batters him. Others will have their eyes opened wide. Told as letters to his adolescent son, Coates’ thoughts on race and why it has become the poisonous definition by which Americans sort each other have stuck with me in the years since I picked up and then could not put down Between the World and Me. These are the most powerful 176 pages I’ve ever read—and I hope others will feel the same way. —Adrian Liang

Lit: A Memoir by Mary Karr

Mary Karr’s unflinching memoir of alcoholism, Lit, is an unforgettable read for the ferocious and poetic prose she writes with and the heartbreaking and destructive decisions she makes. With her trademark Texas wit she takes readers on her journey of getting drunk, and getting sober, raising a son and wrestling with the demons of her own childhood. Though it has no right to be funny, and so much of it is a horror, Karr’s memoir is searching and profound, one that will ignite discussions about self-control, childhood wounds, parenthood, and having faith. --Al Woodworth

John Carreyrou’s Bad Blood—about the rise and fall of the Silicon Valley startup Theranos, and of its young, charismatic leader, Elizabeth Holmes—has finally been published in paperback (on January 28th). If you’re looking to spice up your book club with some nonfiction, this new paperback is part Wall Street Journal exposé, part Silicon Valley tell-all, part cautionary tale—and it even has a little bit of People Magazine thrown in. At one point, Holmes was an admired billionaire—her wealth and fame the result of a promise that her company had built a device capable of divining vital health information from a single drop of blood. In Silicon Valley, Theranos and Holmes were practically mythical. Unfortunately, so were the company’s claims. --Chris Schluep 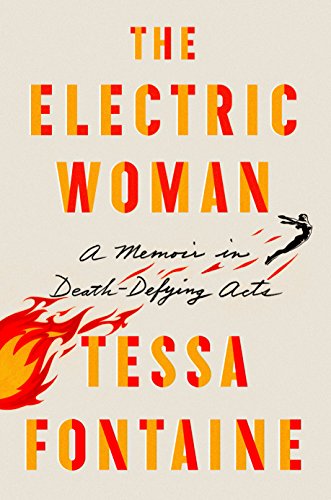 The Electric Woman by Tessa Fontaine

Many people say they’d like to join the circus; few actually do. Having difficulty coming to terms with her mother’s imminent passing, Tessa Fontaine joined “The World of Wonders,” the last touring sideshow in America. Turns out, there isn’t much smoke and mirrors involved; to perform the requisite death defying acts, you must “un-train your instincts, unlearn self-preservation.” You have to, essentially, make peace with pain. That also happens to be one of the keys to living a full life and the overarching message of this unique and moving memoir: If you don’t face your fears and open yourself up to heartache, you’re closing yourself off from the best life has to offer. The Electric Woman is a fascinating behind-the-scenes peek at carnival life, and an ode to unconditional love. —Erin Kodicek

The Widow Clicquot is a fascinating look at that most celebratory of beverages: champagne. And not just any old bottle of bubbly, this is the story of the woman behind Veuve Clicquot, instantly recognizable for its stylish yellow label.  Barbe-Nicole Clicquot Ponsardin was a trail blazer and entrepreneur; a young widow who took the helm of a fledgling wine business and turned it into an empire that stands today. There’s a lot to talk about here, as readers take a fascinating historical journey, from France during the French Revolution and the Napoleonic Wars, to the tables of royalty, and down into the wine cellars where Barbe-Nicole’s remarkable innovations took place. --Seira Wilson

Killers of the Flower Moon by David Grann

Killers of the Flower Moon, the basis of Martin Scorsese’s next movie, is a harrowing true-life account of a campaign to systematically murder Native Americans from the Osage Nation in 1920s Oklahoma. The shameful scheme to steal the oil that was discovered on Osage land, and the wealth that came with it, proves that the saying, “the more things change, the more they stay the same” is right on the money. Bonus: a fascinating look at the early days of the FBI (which had just one Native American in the bureau, so guess who got to go undercover and investigate?). --Vannessa Cronin