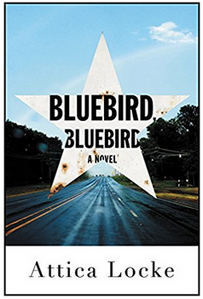 In this edition, two great reads for noir fans, the story of the Andy Warhol of the late 19th century, a loving tribute to a parent, and more.

Adrian Liang: Smoke from forest fires up in British Columbia have been smudging Seattle’s skies for the past few days, reminding me of Timothy Egan’s excellent nonfiction book The Big Burn: Teddy Roosevelt and the Fire that Saved America. A little over 100 years ago, a forest fire ravaged Montana, forcing homesteaders and newly minted railroad barons to evacuate through flying cinders and deadly flames. As the embattled forest rangers fought the inferno, the nation turned its attention to the first time to forest fires and their dangers.

Looking south to a state on the opposite border, I’m now knee-deep in Attica Locke’s upcoming East Texas “rural noir” thriller, Bluebird, Bluebird (September). Texas Ranger Darren Mathews begins an informal investigation into the murder of, first, a black man and then a white woman in a tiny town far out in the county. The problem, aside from two bodies and no arrest? Murders like these in Texas are typically reversed: the white woman killed, and then, in revenge, the black man. White supremacists gunning for the black Ranger, a marriage fraying at the seams, a friend under suspicion of murder, and longtime secrets hidden from outsiders—plus Locke’s atmospheric and near-poetic writing—have me dying for some more me-time so I can find out what happens next.

Erin Kodicek: I'm excited to dig into Manhattan Beach, the highly-anticipated follow-up to Jennifer Egan's Pulitzer Prize-winning A Visit from the Goon Squad (Oct. 3). 'Manhattan' is being described as a noir thriller, which is different territory for Egan, as is its historical setting. Our heroine, Anna Kerrigan, is one of the first female divers working in a naval ship yard on Brooklyn's southern tip, while her male counterparts are off fighting in WWII. The job is a vital one, as her disabled sister is utterly dependent on her; years earlier, their father disappeared after making an ill-fated deal with a mobster, a mobster Anna eventually crosses paths with in a surprising way...This is going to be a huge book come fall, and Egan will be in good company. With new releases from the likes of Dan Brown, Walter Isaacson, Amy Tan and even the late Oliver Sacks, there's lots of really great reading to look forward to...

Sarah Harrison Smith: If you’ve ever seen a photograph of Charles Baudelaire, George Sand, Sarah Bernhardt or indeed almost any of the great writers and artists living in France in second half of the 19th century, chances are, it was taken by Felix Nadar. He was, Adam Begley suggests, the Andy Warhol of his era – an entrepreneur with a taste for celebrity. He lived the life his friend Henry Murger captured in Scènes de la vie de Bohème, the basis for Puccini’s opera, La Boheme. What makes Nadar's relatively short biography so appealing is Begley’s accessible, amused narrative voice. It’s a good match for his exuberant subject, who once described himself as “a born rebel vis-à-vis any yoke, impatient with propriety, skittish as a hare at the door of any house where one doesn’t put one’s feet up.” This weekend, I’m going to put my feet up and read more about Nadar, who, though more than a century has passed since he wrote those words, sounds very much like a man of our times.

Chris Schluep: I am reading The Glass Eye by Jeannie Vanasco. It’s a memoir by a woman who, the night before her father died, promised she would write a book for him. That book took at least ten years to write, and it wasn’t the book she thought she would produce. The Glass Eye has some buzz around it and comes very well recommended, and it’s being published in October.

Jon Foro: Books on writing by writers fascinate, and I’m in the middle of two quite different takes. The first is Patti Smith’s Devotion (September 12), a slim combination of verse, prose, fact, and fiction that, in Smith’s ever oblique and often literally peripatetic style, explores both the inspiration and craft of her writing. The second takes a more straightforward path: John McPhee’s Draft No. 4, a collection of inside-baseball essays on creating long-form nonfiction that might seem like the amiable, rambling reminiscences of a favorite uncle if they also weren’t so damned informative and insightful.

The Joys of Aimless...
Read