Talking whiskey and legacy with the author of "Pappyland" 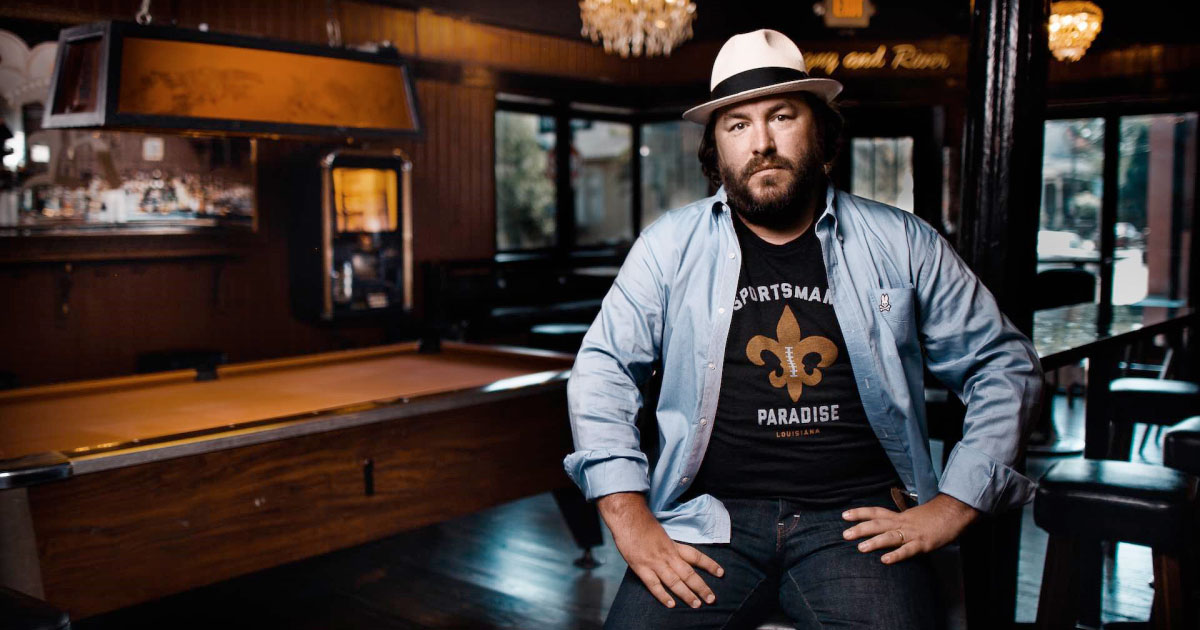 Pappy Van Winkle whiskey is hard to find, highly coveted, and shrouded in mystery as to why there is so little of it available. Author Wright Thompson spent three years with Julian Van Winkle, creator of this magic elixir, and in Pappyland Thompson tells the story of the Van Winkle family, a legacy lost and reclaimed, and a surprising parallel journey of his own.

I am one of the many who have been enchanted by the cult of Pappy, and I loved Pappyland—one of our picks for the Best Books of the Month. I caught up with Thompson by video chat recently to talk about booze, Kentucky, and more. Here's a bit of that conversation:

Seira Wilson, Amazon Book Review: What made you decide that you wanted to write the whole story of Pappy Van Winkle whiskey and its creator Julian Van Winkle—whom you refer to as Booze Yoda?

Wright Thompson: Like all great ideas I was dragged to it kicking and screaming. I've had to issue many, many apologies to people because I was like, I don't want to do this, I don't want to do this, and then it turned out to be life-changing. So, you know, editors and my agent were like, We think this is a really interesting story, so I started spending time with Julian. And then I had sort of an epiphany: all these conversations I was having with him about his family and his craft ended up almost accidentally speaking perfectly to me about things I was dealing with in my life—about inheritance and how to be a son and how to be a father, and my family. And I just at some point realized if I don't just write about how these things are in conversation with each other... To use a sports metaphor from my day job for ESPN, I was watching the pitch sail by.

The thing as it was first conceived is very different than what ended up on the page and I just sort of followed the thing where I thought it wanted to take me. It really was profound for me. I know people say that in interviews, but it really was the right words at the right time for me, personally.

Reading about your time around Julian and around tons of Pappy just sounded like such a great time! I thought, Oh, I would love to meet this man!

Oh, he's just fun! Just...the gestalt of Julian is incredible because you wake up to have breakfast and they have Allan Benton's bacon, and you're going to have some wine and it's fabulous, and, oh, this is a cheese that got shipped to him. There is a nonstudied and nonaffected, real attempt to extract every moment of joy from every moment.

And when you're around them, it is palpable, it's seductive, there's just...the light feels different in their house sometimes. They're just fun to be around in that way. Everything is the fullest expression of something. I mean, he's a craftsman on some level. It's like John McPhee's birch bark canoes on some level, you know—I mean, there's not that much difference, in the intent at least.

What do you think about the whole cult of Pappy after going to some of these events, having people meet Julian, and listening to the talk?

It's funny, we were sitting around their dinner table one night and I was just, in hindsight especially, I was being a real jerk, snob—you know, I was really mocking it. Because the only whiskey in my house right now is what's open. A couple of bottles. I buy it, I drink it, and that's the deal. I pour it in my decanter and that's where it stays.

And I was sort of making fun of the obsession and they were both [saying], Wait a minute, hang on, you don't really know what you're talking about, and you're also trying to superimpose your way of enjoying something onto everyone else. And as long as someone finds joy, or finds connection, or community, or tribe, or whatever the thing is that they're looking for from this, then why does it really matter to you what way they do it? And that checked me a little bit because I was being an a-hole, but I think that people are desperate for tribes and community. During this time of separation, and national anxiety, and quarantine, that need is even greater.

A lot of what you see in the fandom of bourbon in general, and of Van Winkle in particular, feels to me like it's flowing from some sort of existential need. If you needed the haiku of bourbon, it is: bourbon is famously made in a state that pretends it lost a war it actually won. Because Kentucky wasn't in the South during the Civil War. So this whole myth of Kentucky is just that. There were way more Union sympathizers in Kentucky than Confederate sympathizers.

One of the people that I talked to in the book is a professor at Ole Miss, Charles Reagan Wilson, who is the world's expert on Lost Cause mythology, and one of the things he said that was so interesting in the context of Kentucky is "The Irish remember the defeats long after the English have forgotten the victories." So bourbon flowing from that place is something that I thought was very important both for me writing the book, and for people reading the book, to unpack and to really interrogate.

Is there a particular moment that you think of when you reflect on the three years that you spent working on the book and the time that you were together? What stands out for you?

You know, it's funny. I called him one time and I was like, I need to taste some of this old whiskey because I'm writing about it. So I made a trip up there to drink, and he opened this really fabulous bottle of whiskey that he would have never opened and both of us were just like, Ooohhaahh, but it was also oxidizing so fast that even 20 minutes after he opened it, it wasn't the same. It was still good—really good—but some ineffable thing had escaped the bottle when we pulled the cork and was gone forever. And that to me, if I had spent three years and was going to write a poem instead of a book, it would have been about that.

On some level that moment is the beating heart of the whole thing. If you ask me what is the most load-bearing scene in the whole book? It's that. If you pull that out, the whole thing sort of falls apart because it is speaking to something cosmic and ineffable, and obviously the thing that is evaporating is both the result of a chemical process, but it is also the result of our expectations and myths colliding with the reality of the liquid that human beings made and put in a bottle that human beings made. I mean, those things are bound to be in conflict. And so I was sitting there and that was a real "holy shit" [moment]. Even as it was happening I'm like, Well, that's in the book! Writing as fast as I can.

We caught up with Wright Thompson to learn more about the cult of Pappy Van Winkle whiskey and its charismatic creator. 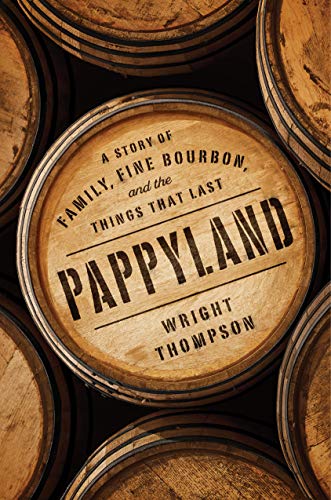 Pappyland: A Story of Family, Fine Bourbon, and the Things That Last
Wright Thompson