Back to school: college edition

You may still be sweltering in the heat of summer, but on many college campuses the fall semester is just about to get under way. Undergrads are meeting roommates, decorating dorm rooms and poring over course catalogues. Here are three books likely to show up on a class syllabus that make for great reading (or rereading) for anyone. 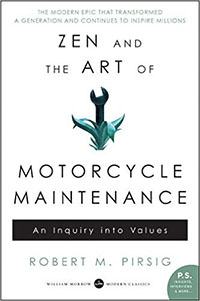 Zen and the Art of Motorcycle Maintenance: Robert Pirsig’s best seller, one of Amazon’s top books on philosophy, is precisely the kind of story you view differently 20 years after first encountering it. In an ethics or philosophy class, it’s a transporting story of a father/son road trip with insights into what it is to live a life of quality and significance. It takes putting a few more miles on one’s own life to fully grasp all of Pirsig’s nuances.

Undeniable: Evolution and the Science of Creation: College is where many of us first encounter real scholarly debate, and it was such a debate that compelled Bill Nye to write this book about the ways in which we’re influenced by evolution. It’s a complex topic that Nye makes engaging and relevant, whatever your experience.

1776: Published in 2005, historian David McCullough’s 1776 is a new classic in American Revolutionary history. McCullough goes beyond Washington, Jefferson and, yes, Hamilton to give the story of our nation’s founding depth and scope. It’s not just a firm foundational text, but a rich retelling of a story we think we already know. 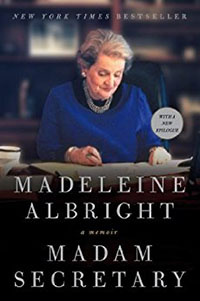 Simmering tensions between the United States and North Korea threatened to boil over as President Donald Trump warned of unleashing a “fire and fury like the world has never seen.” That prompted Pyongyang to announce a plan for launching ballistic missiles into the Pacific Ocean near the U.S. territory of Guam, guaranteeing the issue will stay at the top of the agenda for Secretary of State Rex Tillerson. His predecessor Madeleine Albright, who visited North Korea in 2000, offers the back story to her approach to diplomacy in her 2003 memoir, Madam Secretary. The players may have changed since Albright was secretary, but the dangers, sadly, remain a constant. 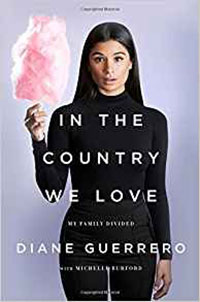 Chicago is suing the Justice Dept. over new rules withholding funds from “sanctuary cities” that shelter foreigners from federal immigration laws. The new rules reflect tension between such cities and the Trump administration, which looks to crack down on illegal immigration and curb legal immigration into the U.S. by half within 10 years. What’s at stake are the lives of millions of people like Diane Guerrero. The Orange is the New Black actress was left alone in the U.S. at age 14 when her parents were deported back to Colombia. Her memoir, In the Country We Love: My Family Divided, is one of Amazon’s top books on immigration. 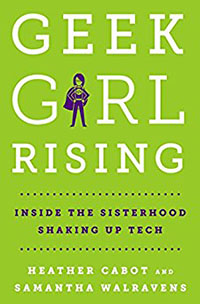 It was meant to be an interoffice memo, but a Google engineer’s rant against diversity went viral. James Damore wrote an essay arguing that women may be genetically less suited for tech work and that Google’s efforts to support minority and female employees discriminate against white men. Google’s management quickly affirmed Google’s commitment to diversity, and reportedly fired Damore. For a snapshot of women’s contributions to the industry, turn to Geek Girl Rising: Inside the Sisterhood Shaking Up Tech. Authors Heather Cabot and Samantha Walravens spotlight pioneers like Sheryl Sandberg and Marissa Mayer and a host of lesser-known innovators. 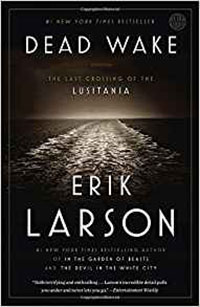 The assassination of Archduke Franz Ferdinand of Austria may have set off World War I, but the sinking of the Lusitania helped drag the United States into the fighting. A German torpedo hit the British ocean liner May 7, 1915, sinking it in 18 minutes and killing nearly 1,200 people. More than a century later, divers have recovered the telegraph from the wreckage, hoping to learn more about the ocean liner’s final minutes. Erik Larson paints vivid images of those moments in his best seller Dead Wake: The Last Crossing of the Lusitania. Larson’s riveting narrative racked up a host of awards in 2015, including a Goodreads Choice Award. 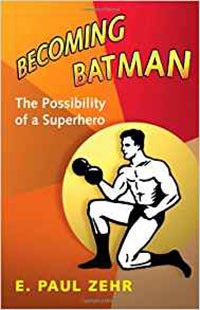 Are you a leader? Would you like to earn between $124K and $187K a year? Can you provide your own cape? NASA is looking for a Planetary Protection Officer to focus on “the avoidance of organic-constituent and biological contamination in human and robotic space exploration.” While NASA says the job is aimed at protecting the Earth from microbes picked up in outer space, the provocative job listing sparked superhero-like visions of defending the world against aliens. Applicants might want to consult Becoming Batman: The Possibility of a Superhero by E. Paul Zehr, which examines the physical and mental requirements for an average human to take on the universe’s toughest gig. Dangerous? Sure. But the compensation package is competitive.

Inside Amazon Charts: An unforgettable memoir leaps from page to screen 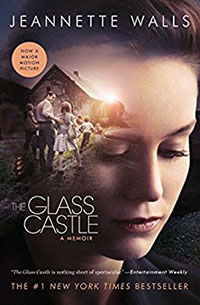 “I was sitting in a taxi, wondering if I had overdressed for the evening, when I looked out the window and saw Mom rooting through a Dumpster,” begins Jeannette Walls’ unflinching memoir The Glass Castle. A successful New York gossip columnist, Walls was living on Park Avenue while her unconventional parents lived on the streets, by their own choice. Her story comes to the big screen this week in a film starring Brie Larson, Naomi Watts and Woody Harrelson. It’s also the No. 1 most-sold nonfiction title on this week’s Amazon Charts. Walls and her three siblings lived a nomadic life with their parents, who doted on their children just as often as they ignored them. The Glass Castle is her heartfelt account of thriving in spite (or because?) of her childhood, and yearning to take care of the parents who could never take care of her.

Popular Highlight of the week: Homo Deus: A Brief History of Tomorrow by Yuval Noah Harari 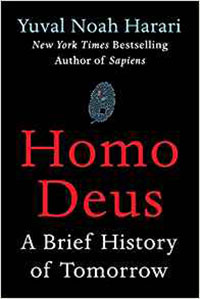 “The upgrading of humans into gods may follow any of three paths: biological engineering, cyborg engineering and the engineering of non-organic beings.”

For the first time, according to the journal Nature, scientists were able to strip genetic mutations out of human embryos using a gene-editing tool called CRISPR. Harari addresses biological engineering in his provocative book about the future of humanity, one of the most-read nonfiction titles on Amazon Charts for 13 weeks.

Who Are You Calling...
Read