Give television writers and producers credit: They have made fantastic shows out of some of our favorite books (Game of Thrones, Outlander), and comic book culture especially has given TV a pop-culture boost through The Walking Dead and the Marvel and DC characters that have spun out into TV dramas. Even Archie Comics has spawned Riverdale, a teen soap on the CW.

But there's plenty of room for new shows that pull great story lines out of the depths of excellent books and comics. These five television series based on books are launching now and in the near future: 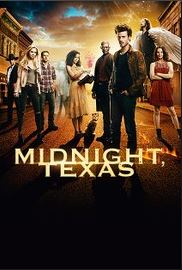 Midnight, Texas – Did you love HBO’s True Blood? Author Charlaine Harris wooed fans of the weird and fantastical with her Sookie Stackhouse books and the TV show inspired by it, and now her new show, Midnight, Texas recently debuted on NBC. The cast includes a psychic, vampires, weretigers, and more. (If you just whispered gleefully, “Weretigers!” then this could be the show for you.) Harris launched the book series in 2014 with Midnight Crossroad, and there are three books available to date. (First air date: July 24, 2017) 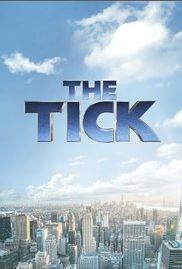 The Tick – Based on the comics by Ben Edlund, this new original series from Amazon Studios will give Tick lovers who were distraught by the end of the 2001 live-action show an excellent reason to cackle and giggle over bonkers superheroes dressed as insects and other, less obviously heroic creatures. But heroism lies in the heart, not the outfit—and so do the laughs. The pilot premiered on Amazon last year, and the rest of the full season begins August 25. 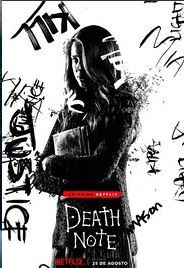 Death Note – Me, when I get angry, all I wish for is a scary-looking notebook in which I can write down the name of the person I’m really mad at, so that they will then die gruesomely at the hands of a death god. OK, not really, but our hero Light Turner decides that he’s going to use his newfound death-dealing notebook to rain down vengeance on the criminals plaguing his town. But there are drawbacks, of course. And not everyone thinks vigilante justice is the right path. Based on the bestselling and creepy manga series written by Tsugumi Ohba, Death Note premieres on August 25. 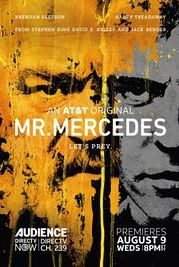 Mr. Mercedes – Stephen King’s novel of the same title forms the backbone of this crime drama. Years ago, someone driving a luxury Mercedes drove through a crowd of people, killing several before disappearing without being caught. Now the police detective who witnessed the carnage reopens the case after he is contacted by someone claiming to be the killer. Adaptations of King’s works can be hit or miss, but customers give the book itself 4.4 stars on Amazon. (August 9) 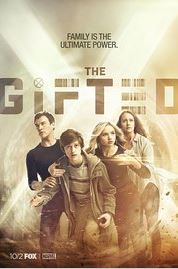 The Gifted – If you prefer your superheroes to be serious and have cool names, check out one of the newest additions to the Marvel TV empire, The Gifted. When two teens unexpectedly display mutant powers, it sends them and their parents on the run away from the draconian system that requires mutant registration…and into a small and hidden community of mutants who are struggling for survival and respect. While The Gifted isn’t based on a specific comic book, it is inspired by and set within the expansive and dynamic X-Men comics universe. (October 2 launch)

These are not yet scheduled for 2017, but we’re keeping our eyes open for more news on these upcoming page-to-screen TV shows: The Alienist (Caleb Carr), Strike (based on the books by J. K. Rowling writing as Robert Galbraith), Sharp Objects (Gillian Flynn), and By the Book (A.J. Jacobs’ A Year of Living Biblically).