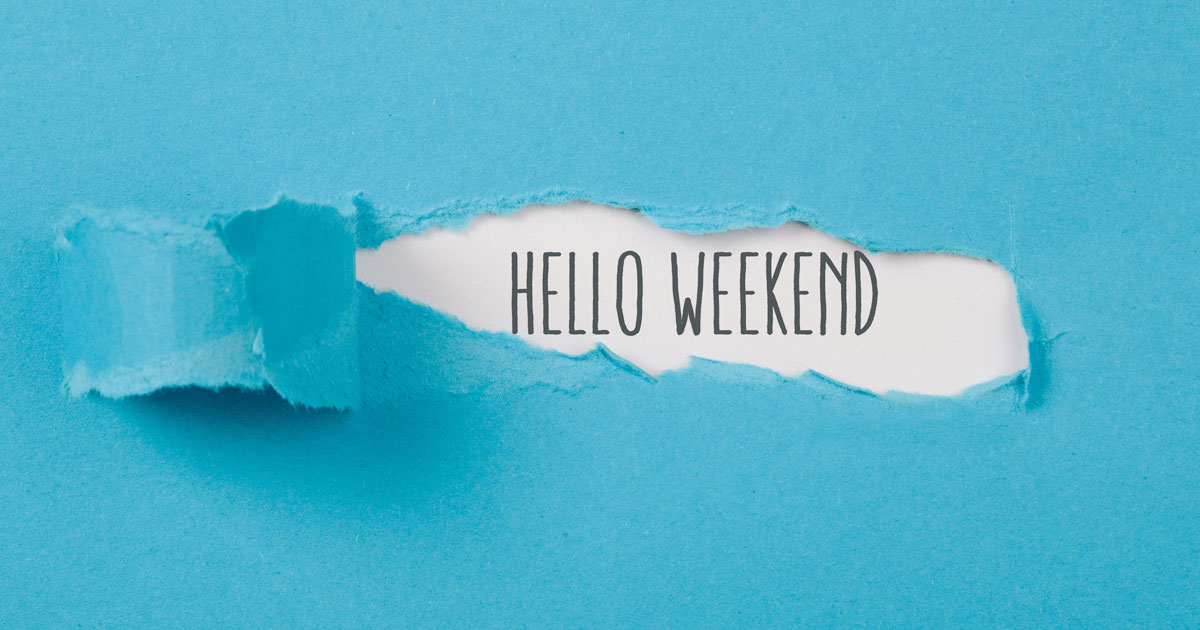 This weekend most of the editors have an eye on 2021 and are getting an early start on books we're excited about in the new year. Some of these 2021 books are by favorite authors—Stephen King, Walter Mosley, and Andy Weir—while others are new voices with a lot of promise.

Both Erin and Sarah are picking up books from the past, Erin with one she reads every year at this time, and Sarah with a trio of books by popular romance author Debbie Macomber that are available on Kindle for the first time.

We hope you have something wonderful at the top of your "to be read" pile for the weekend—happy reading! 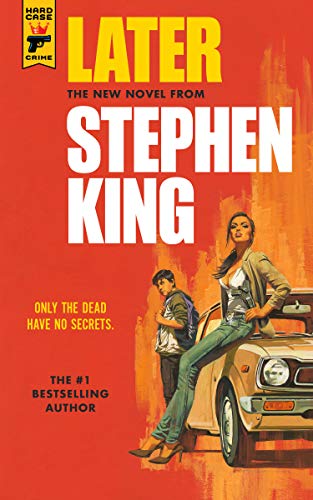 King has been writing crime novels for Hard Case Crime since 2005 when he published The Colorado Kid. I love that King writes crime novels for this line, and I am looking forward to his latest (March 2), which is about a very special boy who is brought in by an NYPD detective to solve a crime. You can find the full collection of Hard Case Crime books here. —Chris Schluep 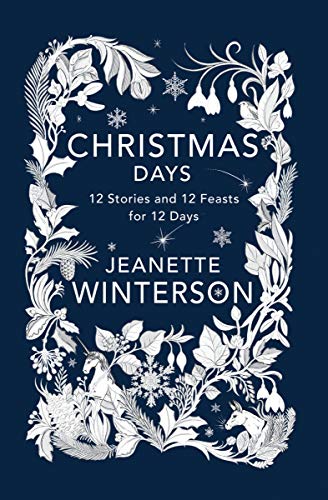 Reading Jeanette Winterson’s Christmas Days has become an annual tradition and it never ceases to melt my cynical heart. There are twelve tales, each one infectious with Winterson’s enthusiasm for the season. This is not to say that all of the stories are joyful. She slips a couple delightfully spooky ones into the mix, and there are accompanying holiday recipes as well. In the introduction, Winterson writes: “I know Christmas has become a cynical retail hijack but it is up to us all, individually and collectively, to object to that. Christmas is celebrated across the world by people of all religions and none. It is a joining together, a putting aside of differences.” On the heels of such a turbulent year it’s especially important to take a breath, leave politics at the door, watch Elf for the tenth time, and begin the tradition of reading this magical collection. —Erin Kodicek 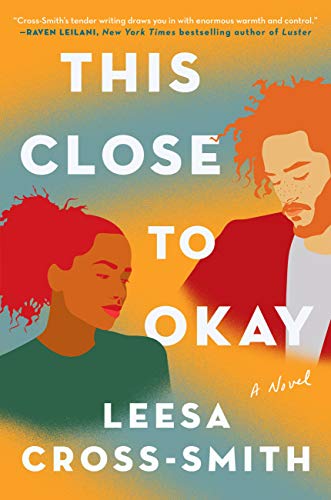 This Close to Okay by Leesa Cross-Smith

It's a cold and rainy night and as Tallie Clark drives across the bridge she notices a man on the side about to jump. She eventually coaxes him away and what unfolds in This Close to Okay (February 2) is a budding relationship between strangers. I've been thinking a lot about the unexpected—and how so much is contained now that we're hunkered in our homes: there's less possibility of bumping into an old friend on the street, or meeting someone who will become your life partner. So right now, I'm reveling in this story of strangers and how serendipity can change a day, a weekend, a year, a decade of a person's life. —Al Woodworth 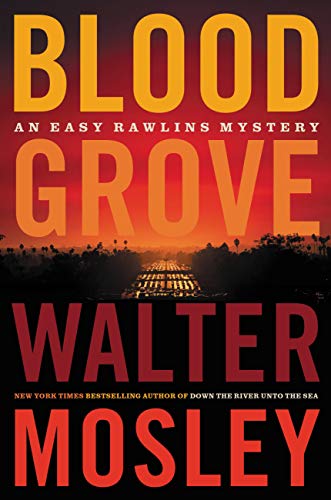 This weekend I'll be finishing Blood Grove (February 2) the 15th in the Easy Rawlins series, and the first Rawlins book since 2016's Charcoal Joe. So far, Easy's been approached by a young, damaged Vietnam veteran looking for help finding two missing people—a Black man and a white woman—he got into an altercation with days earlier. Rawlins knows he shouldn't get involved, but he thinks back to his own service in an earlier war, and despite his reservations, knows that "because of that bloody history Craig Kilian was as much my brother in blood as any black man in the U.S." Stirring stuff and I can't wait to read more. —Vannessa Cronin 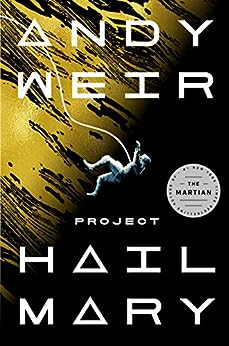 The author of The Martian and Artemis takes readers off-planet again in his upcoming May 4 novel, Hail Mary. And this novel has a great beginning—our hero wakes up without knowing where he is or even who he is. What he can see is a robot that had been clearly tending to his previously comatose body. And there are other bodies in the small, sealed room with him, too.… Those who loved the problem-solving and the science of The Martian will find themselves back in familiar territory in Hail Mary. I can’t wait to finish this adventure over the weekend. —Adrian Liang 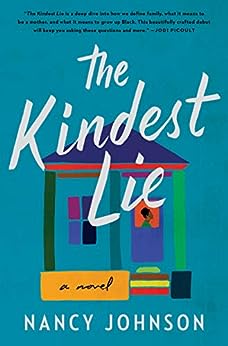 The Kindest Lie by Nancy Johnson

I've been really looking forward to reading Nancy Johnson's debut novel, The Kindest Lie (February 2), ever since I first heard about it a few months ago. The book begins in Chicago after the 2008 election when Barack Obama became the first Black President of the United States. This is a time of hope for Ruth Tuttle but when she returns to her home town in Indiana she finds that it has become a broken down, desperate place, where racism and classism are rampant. Ruth begins to uncover secrets from the past that her family would prefer stay buried, and The Kindest Lie journeys into the meaning of motherhood, the American Dream, and the relentless division between Black and white. Lots of buzz around this one. —Seira Wilson 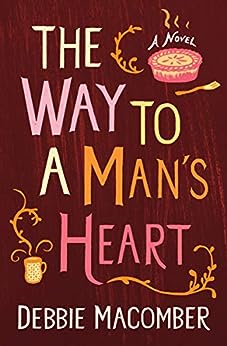 The Way to a Man's Heart by Debbie Macomber

I’m pretty excited to be interviewing author Debbie Macomber next week for our Author Live series on Amazon Live. Even though Adrian’s the romance expert here, I’ve been a fan of Macomber’s work since I moved to Seattle 11 years ago (she’s local to the area and many of her books are set here). She recently put three titles into Kindle Unlimited, and I’ve read That Wintry Feeling and Friends—And Then Some, so this weekend I’m planning to read the third, The Way to a Man’s Heart. There’s something about the holiday season that makes me want to read Debbie Macomber’s novels, probably because she writes cozy Christmas romances and has had her work turned into Hallmark Christmas movies (my fave) more than a few times. For those of us who aren’t romance experts, this is a category that will likely surprise you—it’s not the bodice rippers you’re picturing from the shelves of your grocery store anymore. This is just the sort of snuggle up in front of the fire with a cup of hot chocolate book I’m craving this time of year. —Sarah Gelman

We're ready for 2021 and jumping right into some of the books we're excited about.