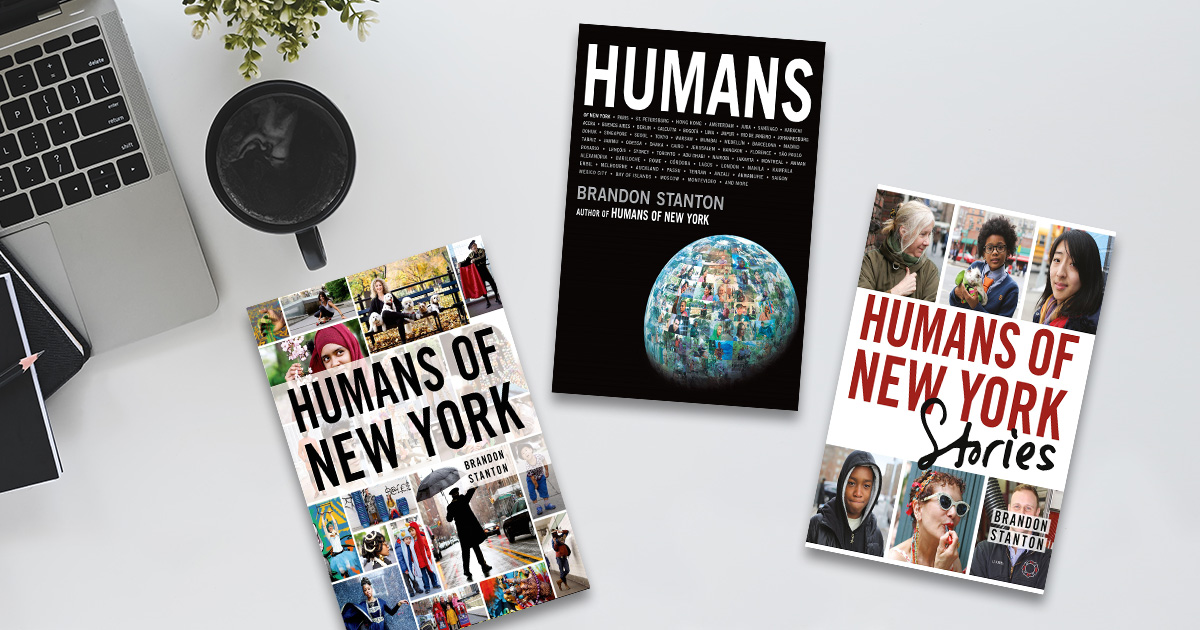 Brandon Stanton's new book, Humans is set to release on October 6th. Humans sees Stanton venturing beyond the island of Manhattan, inviting humans around the world to tell their stories; foreign, but no less local in that their everyday concerns are the concerns we all have: getting by, getting over, getting loved, and getting heard.

That Stanton's storytelling has helped with the latter is evident: as of this writing, the Humans of New York community has raised over one million dollars online to help one of HONY's most popular subjects, Tanqueray, deal with a recent health crisis and plan for a safe, happy retirement. She was one of the humans of New York that Brandon selected randomly on the street and quizzed about her life. Her answers endeared her to millions while shedding light on a bygone era in New York's nightlife. In the new book, Brandon talks about randomness and the "lens of conflict" versus positivity.

Brandon Stanton: Think of the stories that you normally see in a newspaper. Or the headlines that you see on the news every night. You’ll notice many of the same themes as major Hollywood movies: Conflict. Drama. Violence. Sex. It can sometimes seem that our news outlets are more concerned with entertaining us than informing us. And this is nobody’s fault. In order to make money in media, you must be entertaining. Nobody can survive by being boring. There’s too much competition. Even the New York Times is forced to entertain. The most reputable outlets entertain their audience with the truth. They tell true stories. But even then, they know that it’s not the truth that generates profits—it’s always the stories. Stories keep us tuned in. Stories sell newspapers. Stories get clicks. Yes, truth matters. But when it comes to the bottom line, journalism isn’t a truth business. It’s a story business. 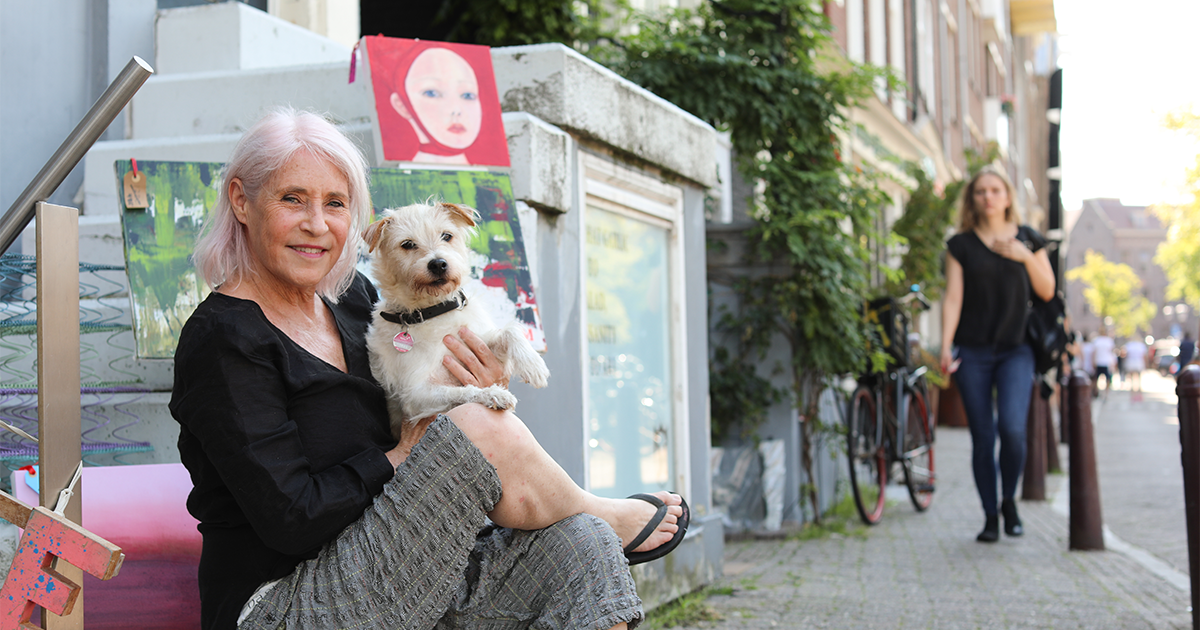 This became clear to me early in the creation of Humans of New York, when I’d sometimes attend large protests to collect portraits of the attendees. There might be ten thousand people gathered peacefully: protesting a piece of legislation, or an election, or a war. And the media would be there. I’d sometimes be joined by cameras from every major newspaper and television station. But these cameras would not be evenly spread throughout the crowd. They’d be crowded around the most provocative image—the angriest man, the strangest costume, the single burning trash can. There was little competition for the truth. Everyone was too busy competing for the most compelling angle. If there was a single violent person, wearing a mask, and breaking store windows—he’d be surrounded by cameras. That is the image that would be shared with the world. Certainly not a lie. But just as certainly not the truth.

It’s not only protests that are covered this way. It’s entire neighborhoods. And cities. And countries. Some places are only written about when something extreme happens: like a murder, or an explosion, or a war. Only then do the cameras come running, because conflict makes for a great story. Unfortunately this means that much of the world is only seen through the lens of conflict. And when these are the only stories we hear, the world seems like a pretty scary place.

But even in the world’s most dangerous places, 95 percent of the life being lived has nothing to do with violence. It’s much less exciting than that. It’s about falling in love. And raising a family. And making friends. And struggling to provide. And battling addictions. And fighting cancer. These are the stories that are really happening all over the world. They’re the stories that you’ll hear when you aren’t searching for violent conflict. These are the stories you’ll hear if you stop random people on the street, and invite them to share a bit about their lives. 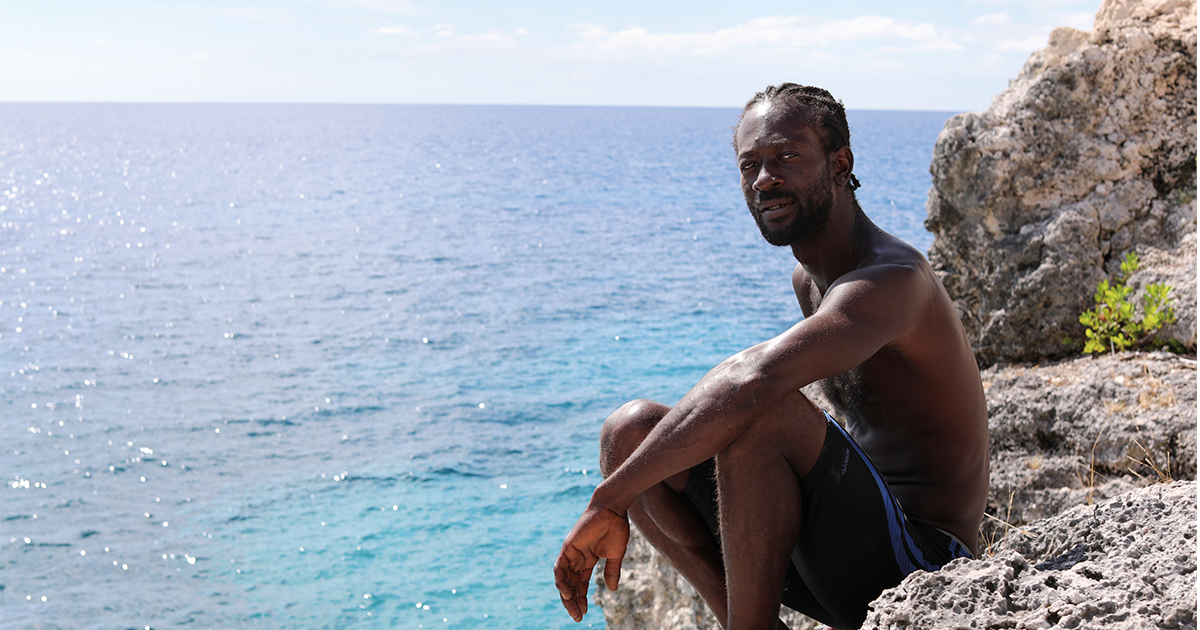 For all of these reasons, one of the most important elements of Humans of New York has always been its randomness. The people featured on these pages were chosen randomly on the streets of cities around the world. They weren’t asked about politics. They weren’t asked about terrorism. Their stories were not collected to fit a greater narrative. These people were invited to speak on the subjects that they deemed most important to their lives. Most often they’d speak about their relationships, or their children, or their efforts to provide for their family. Some of the stories are violent, because those stories exist. But the important distinction is that the stories were not selected for this reason. They were selected at random. 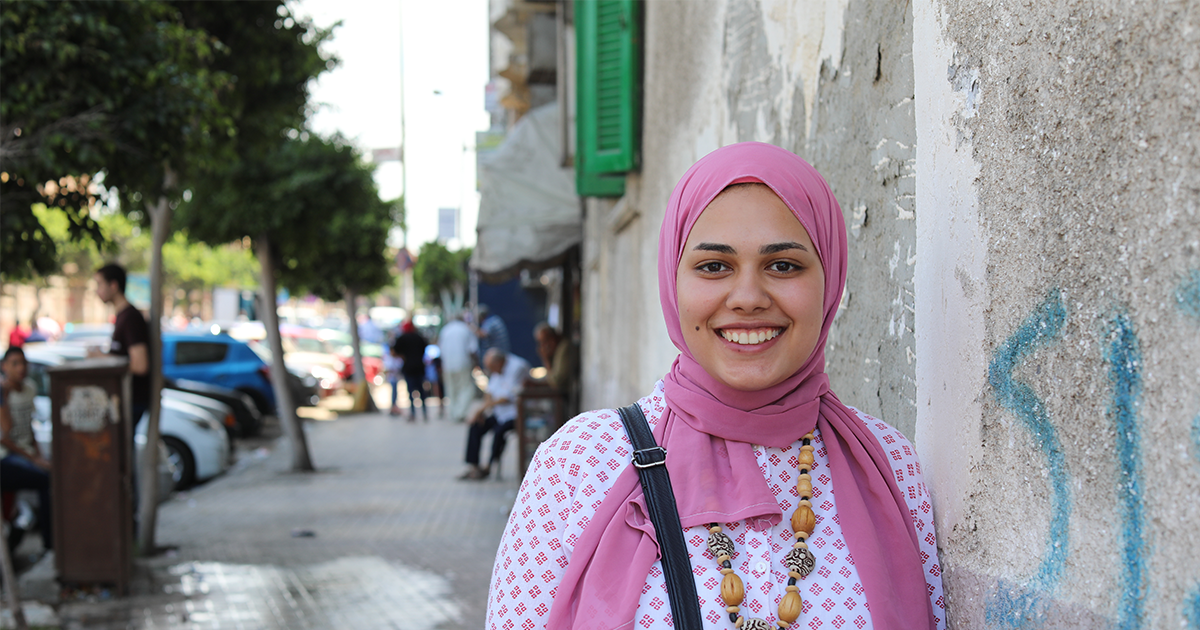 For many months after I visited Pakistan, Pakistani people would come up to me on the street and say: “Thank you so much for showing a positive image of our country.” I was extremely appreciative of the sentiment. But I would correct them slightly. I’d tell them: “I showed a random image of your country. Not a positive one.” But in a world where stories are selected for their negativity, randomness can easily be mistaken for positivity. When people are chosen at random—they are always nicer than we expect. They’re more loving. More tolerant. And more peaceful. And that’s great news for all of us. Because it’s people that make up our neighborhoods, our cities, our countries—and our world.

Brandon Stanton’s photography and storytelling blog, also called Humans of New York, is followed by a global audience of over thirty million people across several social media platforms. In addition to sharing thousands of stories from around the world, the blog has raised over $12 million for featured individuals and nonprofits. Stanton is a graduate of the University of Georgia and lives in New York City.

Brandon Stanton's new book, Humans, publishes on October 6 and here, he gives us his thoughts on storytelling, random subjects, and the "lens of conflict" 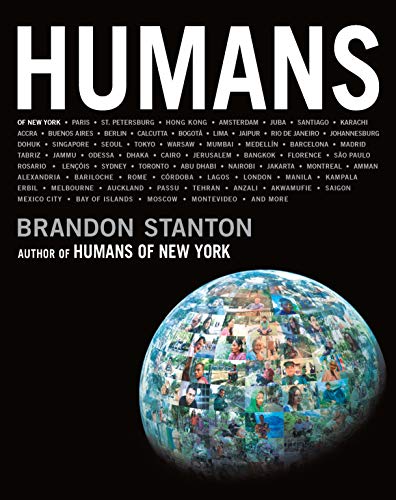