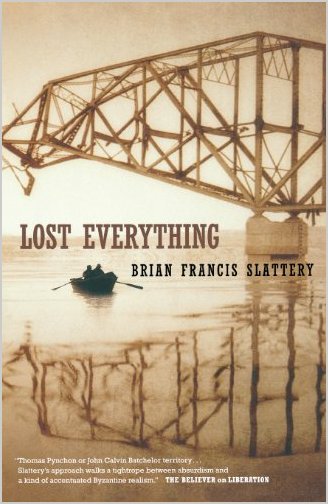 As announced at Norwescon in Seattle recently, Brian Francis Slattery has won the 2012 Philip K. Dick Award for his post-collapse novel Lost Everything. The award is presented annually to a distinguished work of science fiction published in paperback original.

"Winning, as it turns out, is pretty humbling," Slattery told Omnivoracious, "especially given the quality of the other nominees' work. At the ceremony, the presenters had said that the judges felt they had a strong batch this year and were really enthusiastic about them. In the cases of all the other nominees, I can see why. As for what it means, I have no idea -- it'll be fun to figure out."

As for how Lost Everything fits into Slattery’s oeuvre, the author said although he was "recently accused ...of maturing, I wouldn’t go that far. However, in this third book, I did try to finish whatever it was I'd started in the first two. For a bunch of reasons, the result ended up being that Lost Everything is a lot darker than Spaceman Blues or Liberation; you could say I traded sarcasm and zaniness for creepiness, a swap I am, to this day, on the fence about, because I don't consider myself to be a particularly serious person." 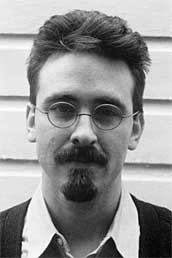 Slattery acknowledges that not everyone will like Lost Everything, "because it's a sad book --'a sad book about climate change,’ as I've finally managed to start describing it. But the gamble was that getting serious would allow me to reach some place that staying light would not allow, and I'm delighted and grateful for the many readers who've told me how they connected with the book, and seen the hope written into the sadness, too."

Did he mean for his book to be predictive, in the traditional sense of science fiction as a "speculative" literature? "There's that great hoary old Ray Bradbury quote, [where he says that] 'people ask me to predict the future, when all I want to do is prevent it.’ Nobody's really asked me to predict the future, but definitely Lost Everything was written with what Bradbury's describing here as a starting point."

About science fiction generally, Slattery noted that "There's been this long, interesting, and also vaguely painful conversation going on about how the borders between the genres have shifted in the past sixty years or so ... but at least from where I'm standing, it seems to me that right now science fiction is really vigorous and challenging and relevant and fun."

Slattery said that the kinds of SF novels he tends to read the most tend to be on the "zanier end of literary fiction -- [but that] I now seem to find labeled as science fiction. And in the past few years, it seems like more and more people are noticing something similar, which I think bodes well for everyone."

As for Philip K. Dicko, when we asked Slattery if he thought the iconic writer would have liked Lost Everything, he replied, "You know, when I think about PKD now, I always end up wondering something more like the opposite: If he were still around -- he'd be 85 now -- what would he be writing about? I wish I could read that. I feel like we need him now even more than we did then."