Geeking on Books at Comic-Con International

What do Tom Cruise, Anne Rice, and Pac-Man have in common? They were all in San Diego this past weekend for Comic-Con International. 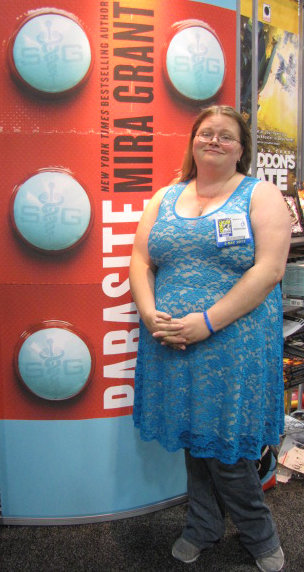 What's this got to with books? Well, of course, writers are crucial to the geekiverse at large and the Con in particular. As fantasy author Seanan McGuire told us:

"There are writers behind everything. There are writers behind the toys I play with. Monster High is so popular because it has a very coherent meticulous and well-plotted play line with writers that are writing the story of how these dolls are changing and evolving. And that's turned into a book line that comes out from Little Brown that's the Monster High books," she says.

"The big movies come from books, the comic books have writers. Without writers, this whole thing collapses. We are the invisible base bones. We're like those poor cheerleaders that everyone is standing on top of and if you take us out of the pyramid the pyramid will fall, but nobody ever notices we're down there because we've got our faces in the mud." 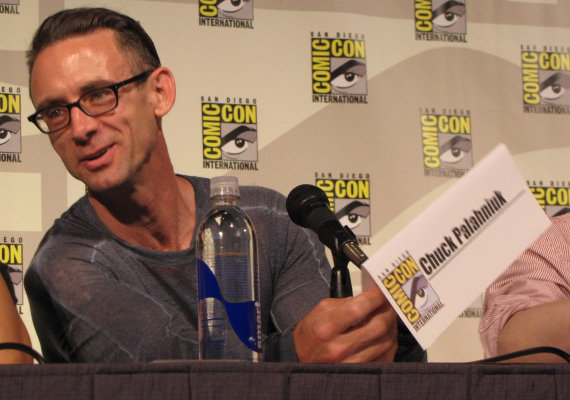 While Hollywood dominates the SDCC spotlight, most events owe their roots to sci-Fi, fantasy, and graphic novels. Panels for Ender's Game, Game of Thrones, and The Walking Dead were among the elite. And even beyond the ultra-hyped panels, literary fun was everywhere: bumping into a professional Michael Clarke Duncan imitator from The Green Mile by Stephen King, seeing comic book greats acknowledged for their work at the Eisner Awards, or Chuck Palahniuk admitting "I'm more likely to write dirty than scientific." And only at Comic-Con could something like this happen:

Seeing really is believing. Here are four lists of six that demonstrate just some of the book-friendly things I geeked out about this week:

1. Cory Doctorow ( Little Brother): The Man Who Sold the Moon--"An optimistic crime story about people who go to Burning Man and who build a 3D printer... they form a kind of long-lasting friendship that results in them landing these things on the moon to sinter lunar regolith into bricks they can use to someday assemble habitats."

3. Austin Grossman (Soon I Will Be Invincible): Crooked--"A novel written from the perspective of our 37th president Richard Millhouse Nixon. It chronicles his own told adventures: the death of the Cold War and a shadow supernatural arms race. It is a novel of Lovecraftian horror and Cold War espionage. Which is my way of saying it is the story of a marriage."

4. DC Pierson: "Working on turning my first book The Boy Who Couldn't Sleep and Never Had To into a movie with my friends Dan Eckman and Meggie McFadden who are also members of my comedy group Derrick."

5. Robyn Schneider (The Beginning of Everything): "Developing a genre TV series with Rob Tapert, which is the guy who made 'Xena: Warrior Princess,' so we're having so much fun with that..."

Excellent Experiences Outside the Convention Center
1. Regardless of Orson Scott Card’s politics, it was thrilling to receive a badge and dog tags, then attend Battle School on real movie set desks in HGTV’s Ender's Game pavilion. 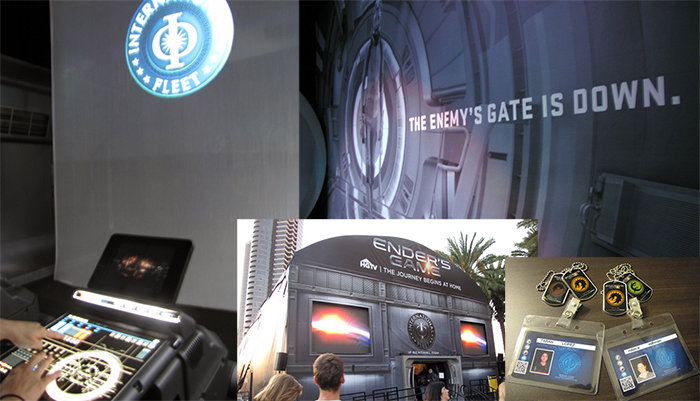 2. It takes being an unabashed tourist geek to hire a ride from a Game of Thrones themed pedi-cab. 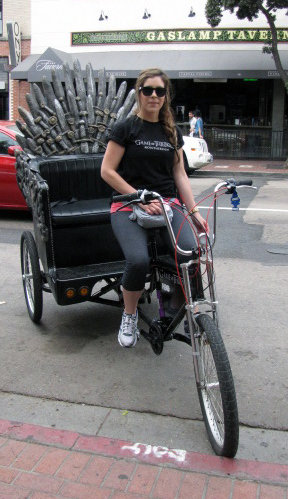 3. 50 Shades of Grey author E.L. James, who held a streetside seat at the Random House party at Bootlegger, was lovely enough to allow me to snap a shot. Meanwhile George R.R. Martin held court across the room while the bartenders cos-played characters from his books. 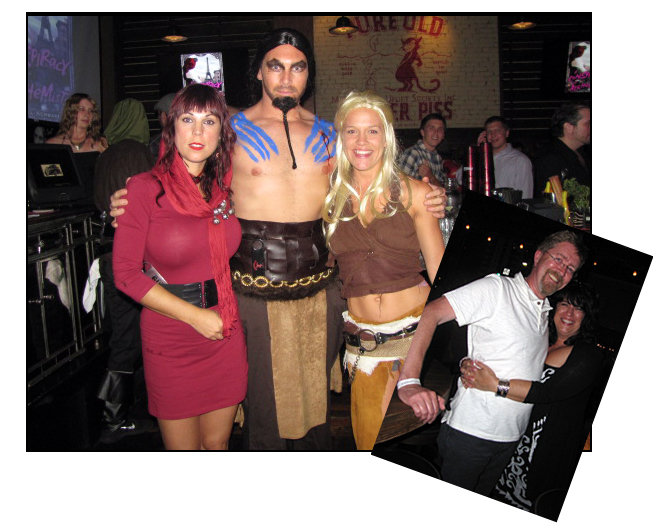 4. Kicked off the Con by breakfasting and engaging in wonderful calm-before-the-storm conversation with The Walking Dead creator Robert Kirkman and writer/Image Comics publisher Ed Brubaker at the Omni. 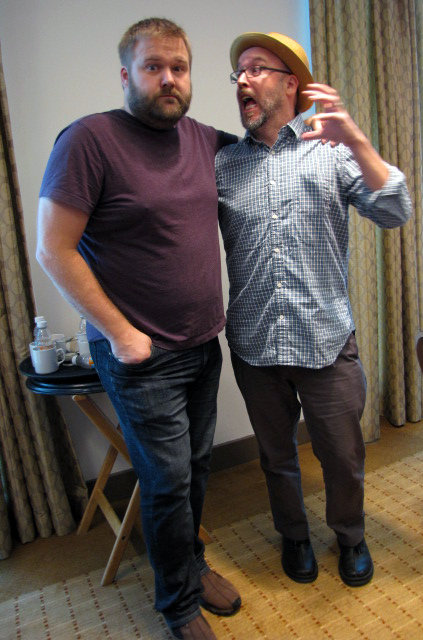 5. Tasty treats from True Blood Drinks & Bites were on the menu at the True Blood party. 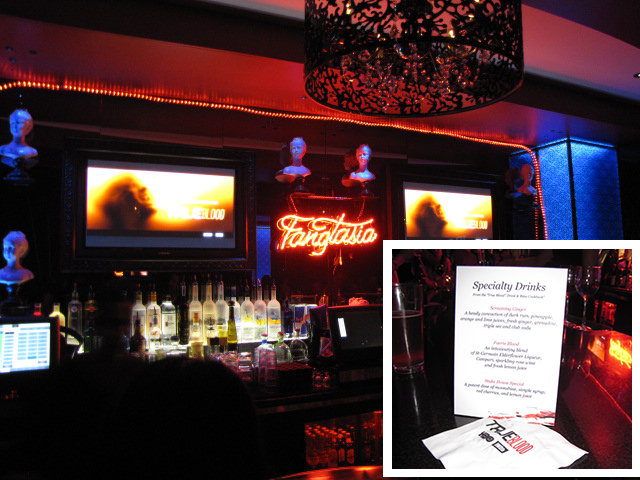 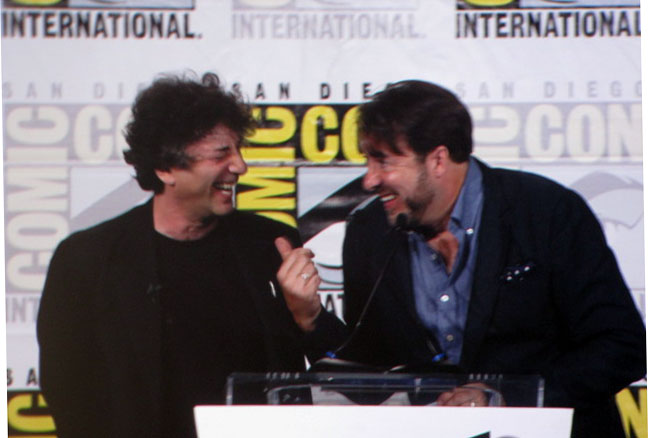 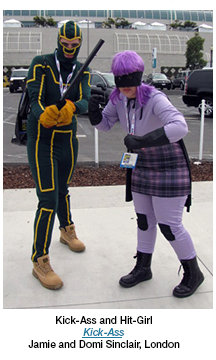