The Best Biographies and Memoirs of October 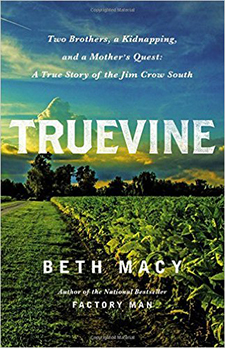 I don't think we've heard a story like the one Beth Macy tells in Truevine: in 1899, the Muse brothers, two African American brothers living in Virginia, are kidnapped and conscripted into a circus, eventually becoming famous for their performances from London to New York. The details are strange, so I'll let Amazon Editor Erin Kodicek take it from here:

At the center of Beth Macy’s exhaustively researched and fascinating Truevine are two brothers, either abducted or bartered to a circus where the African American albinos were forced to present themselves as “Ambassadors from Mars,” or “White Ecuadorian Cannibals,” or “Sheep-Headed Men.” George and Willie Muse traveled the world, even performing for the Queen of England, while their mother remained in the Jim Crow South, not knowing where and how they were. She never gave up hope, however, and nearly three decades later they were reunited, setting off a protracted legal battle, the result of which ensured that her sons would be paid their due. Now think about that for a second. It’s almost easier to believe that her children were, in fact, from Mars than to accept that a black woman was able to utilize and benefit from a legal system during a time when lynchings were still horrifyingly common. And yet that’s how determined and fearless she was. Macy deftly, and with palpable reverence, captures the extraordinary bond between the three of them—a bond unscrupulous scouting agents, greedy circus owners, a perfidious father, and 28 years of separation couldn’t break. But this isn’t a story with a bow tacked on at the end. There is an uncomfortable thread that runs throughout: For all mother Muse did to bring her boys home, did the circus provide a better one? A place where the “freaks” found community, purpose--where their otherness was exploited, but also celebrated? (Even rewarded?) And there are other complex racial questions Truevine raises, questions we are still grappling with today. It’s a multi-layered story that will captivate, haunt, and challenge you.

See more of Amazon's Best Biographies & Memoirs of October below, and browse the full list (as well as previous picks) here. 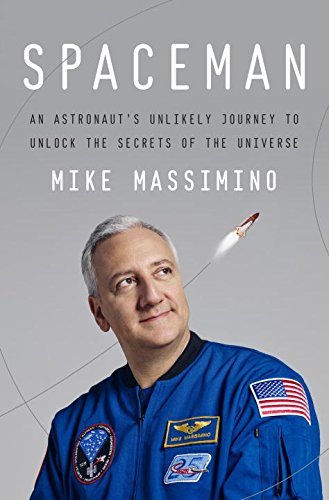 Spaceman: An Astronaut's Unlikely Journey to Unlock the Secrets of the Universe by Mike Massimino
Over a 18-year career as a NASA astronaut, Massimino flew on two space shuttle missions, set (along with his crew) a record for space-walking, serviced the Hubble telescope, and became the first to Tweet from space. While this is far from the first astronaut autobiography, Massimino's is one of the few that captures the sense of imagination and curiosity that drives humans toward the stars in the first place. 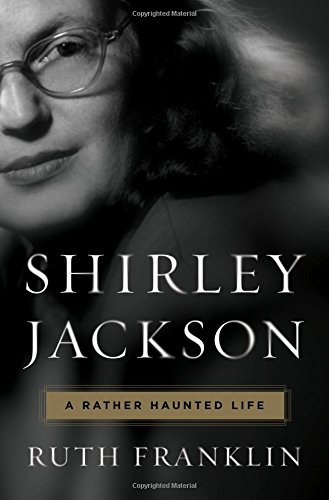 Shirley Jackson: A Rather Haunted Life by Ruth Franklin
We all read "The Lottery" in high-school (if you didn't, it's not too late), but Jackson's other works, centered around the isolation and claustrophobia of women , defined her as a master (maybe the inventor) of "domestic horror." An illuminating biography built atop interviews and Jackson's personal correspondence , A Rather Haunted Life dissect's her moody classics, affirming their place (along with their author's) within the pantheon of American literature.

The French Chef in America: Julia Child's Second Act by Alex Prud'homme
Picking up where My Life in France leaves off, Prud'homme chronicles Child's challenges as a celebrity and icon following the publication of Mastering the Art of French Cooking, including her role as a groundbreaking television chef.

A Novel Born Out of...
Read