The Best Mysteries & Thrillers of March

There were so many great books in the Best Mysteries and Thrillers of March that I included more than normal in my round-up. I even left out some that I can't stop thinking about, so be sure to check out the entire list. There's so much variety this month. So much mystery. So many thrills. 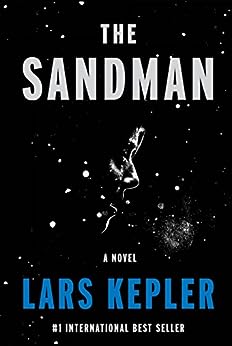 The Sandman by Lars Kepler - For those of us who love Scandinavian thrillers, the arrival of Lars Kepler's The Sandman is a welcome event. Kepler is a pseudonym for a husband-wife writing team, and The Sandman features a criminal that will have you thinking of Hannibal Lecter (or even Keyser Soze). His name is Jurek Walter, a brilliant criminal who is now serving a life sentence in a maximum security psychiatric ward. But there are still crimes being committed and, despite his incarceration, Jurek Walter appears to be an accomplice. I talked to Kepler's publisher (who also published The Girl With the Dragon Tattoo) earlier this month. 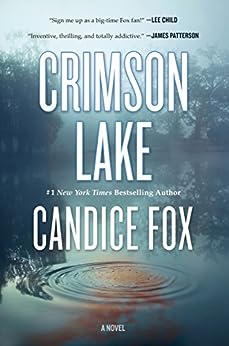 Crimson Lake by Candice Fox - Amazon's Vannessa Cronin wrote the following in her Best of the Month review: "As Crimson Lake opens, former cop Ted Conkaffey is in a bad way: accused but not convicted of killing a teenager, his marriage is over, he doesn’t know when he’ll see his baby daughter again, his job is gone, and the thin blue line has turned its back on him. Alone, he spends his nights drinking in a cheap rented house in the grim suburb of Crimson Lake.... Even when his parole officer sets him up with a job as an investigator, it doesn’t seem like a leg up: his new boss Amanda Pharrell did time, too, for murdering her best friend when they were teenagers, and Crimson Lake residents haven’t forgotten. When they go to interview the family in their first case together, Ted can only pray they don’t recognize his face from TV. Two investigators operating under this level of scrutiny and hostility is a great set up for a tense thriller and Fox does a superb job of weaving past and present murders together, setting up a literary shell game to keep the reader guessing who’s guilty and who’s innocent. And the humbled, by-the-book cop finding himself working for a damaged woman with an unorthodox approach to investigating adds an additional layer of complexity to a story that is shaping up to be a great new series." 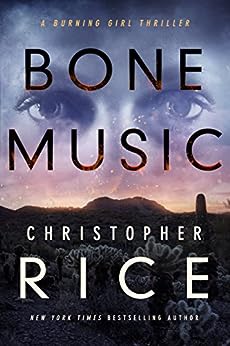 Bone Music by Christopher Rice - If the last name rings a bell, yes, that is Anne Rice's son. Christopher Rice has carved out a successful career of his own, and his latest thriller delivers the goods. In Bone Music, Charlotte Rowe spent the first seven years of her life in the hands of the only parents she knew—a pair of serial killers who murdered her mother and tried to shape Charlotte in their own twisted image. When she was finally rescued, her real father exploited her tabloid-ready story for fame and profit—until Charlotte finally broke from him and fled. Now she possesses the will, as well as the means, to fight the kind of evil that shattered her life—by drawing a serial killer out from the shadows to face her fury. 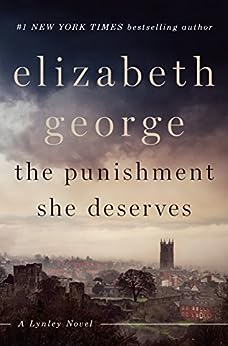 The Punishment She Deserves: A Lynley Novel by Elizabeth George - There's a reason Elizabeth George is considered one of the best suspense writers ever, and those reasons are evident in this novel. When Barbara Havers is sent to the cozy, bucolic town of Ludlow to investigate the chain of events that led to a local deacon's death, all the evidence points to suicide. But Barbara can't shake the feeling that she's missing something. She decides to take a closer look at the seemingly ordinary inhabitants of Ludlow--mainly elderly retirees and college students--and discovers that almost everyone in town has something to hide. The Punishment She Deserves sets Detective Sergeant Barbara Havers and Inspector Thomas Lynley against one of their most intricate cases. Fans of the longtime series will love the many characters from Elizabeth George's previous novels who join Lynley and Havers, and readers new to the series will quickly see why she is one of the most popular and critically-acclaimed writers of our time. 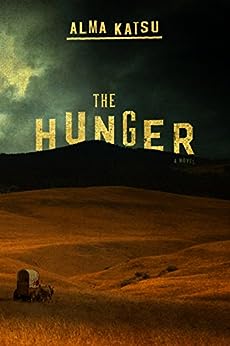 The Hunger by Alma Katsu - What really happened to the Donnor party? Author Alma Katsu takes a supernatural swing at this historical event, and the result is startling and memorable. When Stephen King writes that a book is "deeply, deeply disturbing" and "hard to put down," it's difficult not to pay attention. When he says it's "not recommended reading after dark," you read it during the day, or at least with the light on.