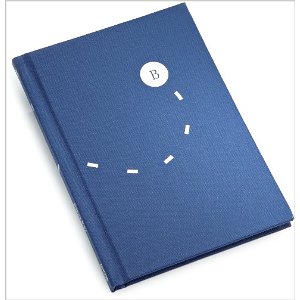 She’s young, talented, and has a true gift for language. Poet Sarah Kay, now 23, got her start as a spoken word poet at the age of 14, hiding under the famous Bowery Poetry Club in Manhattan’s Easy Village and listening to New York’s most talented poets perform. When she performed her poem, “Point B,” at TEDTalks, she received numerous standing ovations (Check it out after the jump.)

We had the chance to talk to Sarah about the published version of her popular poem, available for the first time in a beautiful hardcover edition. See what she had to say:

Question: How old were you when you started writing poetry?

Sarah Kay: I’ve been making poems since I could string words together. Before I knew how to write, I used to follow my mother around the house and yell, "Poem!" until she found a pen and paper to write down my dictation. I think that’s why she taught me how to write early on, so I would stop making her do it for me.

Question: Are your parents poets? Did they influence your interest in poetry?

Sarah Kay: From kindergarten through fourth grade I brought my lunch to school with me every day. And every day for those five years, one of my parents wrote me a poem and tucked it in my lunchbox. It was usually on a colored piece of paper, folded in half. They were short poems that were sort of Dr. Seuss-y or Shel Silverstein-esque. They made poetry something to look forward to. Each note was a story, a message, a secret, a rhyme; each note made me stop whatever I was doing and surrender to the surprise inside. I don’t think either one of them considers themselves poets, but they definitely gave me a hunger (wink!) for poetry.

Question: Did you always perform your poetry?

Sarah Kay: Absolutely not. All of my early poetry was strictly journal poetry. I had terrible stage fright and never wanted to be in the spotlight. It wasn’t until I was 14 that I discovered Spoken Word Poetry at the Bowery Poetry Club in New York City. I was adopted by a wonderful community of poets and even though my stage fright didn’t disappear, the reward of being part of such an amazing group of people was enough to drown out the fear.

Question: What did your mother say when she first heard your poem, "B"?

Sarah Kay: I had a really hard time writing that poem. When I finally finished it, I called my mother on the phone from my freshman dorm at college and read the entire thing to her. I was really emotional by the end of it. When I finished the last line, I waited to hear what she would say. After a long pause she said, "That’s nice, Missy. Can you read me the beginning again? I think I heard a grammatical error." That’s why I love her. She’s very practical.

Question: What’s the coolest thing that’s ever happened to you on stage?

Sarah Kay: I travel around the country performing and teaching Spoken Word Poetry in schools with Phil Kaye and Project V.O.I.C.E. It’s exhausting and exhilarating, and I count my blessings every day that I get to do what I do. A lot of really cool things happen on stage. The coolest? A couple of years ago we performed at a middle school in Southern California. It was the first time we had ever performed there and it was the first time anyone in the school had ever seen Spoken Word. We were nervous about it, because it was a pretty conservative school, but everyone really enjoyed themselves. The next year, we were invited back to the same school. Halfway through our performance, we asked if anybody in the audience had a poem they wanted to share and a little boy came bolting up onto the stage. He didn’t even raise his hand. When he got up there he said, "I wrote this poem the day after you left last year. I’ve been waiting all year for a chance to perform it for you." That was the coolest thing that’s ever happened to me on stage. Second place would probably be getting a standing ovation at the TED conference. Although at the time I didn’t think it was cool. I was just freaking out. I was worried that the audience was clapping for too long and was terrified that they were taking up too much time. TED is very strict about time limits. I was convinced I would be pulled off stage.

Question: Who is Sophia Janowitz? And why illustrations?

Sarah Kay: Sophia Janowitz is my oldest friend. When we were three months old, we had our first playdate in the park in our neighborhood. We’ve been friends ever since. When we were little, we used to make art projects together. I would tell Sophia stories and Sophia would make amazing art out of whatever random material was around. When we graduated college, we moved into an apartment together in Brooklyn and returned to our childhood practice of project-making. When I decided to make "B" into a book, I wanted it to be more than just a transcript of the poem. I really wanted it to be its own object, with its own personality. I knew Sophia was the woman for the job. Thank goodness she said yes.

Question: Last question. What color rain boots do you have?

Sarah Kay: My last pair was black with white polka dots. My mother found them for me at one of the stores at Union Square in New York City. But they have sprung a few leaks. Maybe I need a new pair.