The Man Booker longlist has been announced in the U.K. There are thirteen books on the list.

Here's a video that the Man Booker team put together:

And now to the longlist. Where applicable, I have included our Amazon editors' Best of the Month reviews (i.e. a review indicates that we chose the nominee as one of our top ten Best Books of the Month earlier in the year). 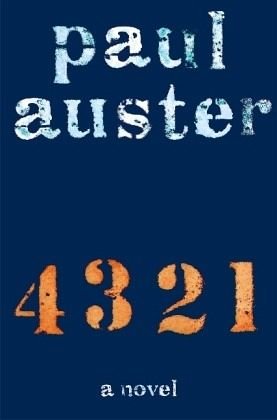 4 3 2 1 by Paul Auster - - An Amazon Best Book of February 2017: Paul Auster’s 4321 is his first novel in seven years, and it feels extra personal. Details of a life spent growing up in Brooklyn—of loving the Brooklyn Dodgers, Laurel and Hardy, summer camp—are laid out with the earnest intensity of a writer looking back on his life. Plot points arise—for instance, a person is killed by lightning—which mimic more unique moments from Auster’s own life experience. At nearly 900 pages, it is also a long novel—but a reason for that is 4321 tells the story of its protagonist, Archie Ferguson, four different times. What remains consistent throughout Archie’s life (or lives) is that his father starts out with the same career, Archie falls in love with the same girl, and his personality seems more nature than nurture. But those are starting off points, and if our lives are the sum of our choices, they are the sum of other people’s choices as well. Circumstances matter, and what will keep you thinking about this book is the convergence of time and circumstance within each of Archie’s different lives. His past propels him, his circumstances form him, and regardless of which life we are reading, time will ultimately take him. --Chris Schluep, The Amazon Book Review

Days Without End by Sebastian Barry 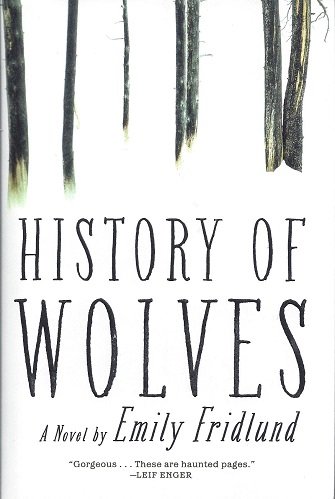 History of Wolves by Emily Fridlund - An Amazon Best Book of January 2017: History of Wolves by Emily Fridlund is exactly the kind of book you want to curl up with in the winter. It’s propulsive, vividly written, laced with a razor’s chill and filled with imagery that’s impossible to forget. There is a constant sense of foreboding, of wondering when the truth will crash through the Minnesota ice. Linda is a loner, a teenage girl who walks to school and lives on a failed commune in the woods. But her life of solitude cracks open when her history teacher—whom she fantasizes about—is charged with child pornography. Outside of school, Linda begins to spend time with a young boy and his mother who moved into a house across the lake, but their family, like her teacher, are not as they appear. Fridlund masterfully ratchets up the tension, exploding this story of secrets and girlhood with crisp, cutting prose that will leave you shocked and in awe. A remarkable novel, that just so happens to be a debut, by a fiercely talented writer. --Al Woodworth, The Amazon Book Review 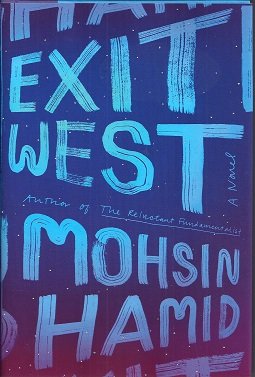 Exit West by Mohsin Hamid - An Amazon Best Book of March 2017: When Nadia and Saeed fall in love in a distant unnamed city, they are just like any other young couple. But soon bullets begin to fly, fighter jets streak the sky, and curfews fall. As the spell of violence spreads, they flee their country, leaving behind their loved ones. Early in Exit West, the author Mohsin Hamid explains that geography is destiny, and in the case of his two young lovers, geography dictates that they must leave. Hamid offers up a fantastical device to deliver his refugees to places: they pass through magic doors. Rather than unmooring the story from reality, this device, as well as a few other fantastical touches, makes the book more poignant and focused, pointing our attention to the emotions of exile rather than the mechanics. Surrounded by other refugees, Nadia and Saeed try to establish their places in the world, putting up different responses to their circumstances. The result is a novel that is personal, not pedantic, an intimate human story about an experience shared by countless people of the world, one that most Americans just witness on television. --Chris Schluep, The Amazon Book Review 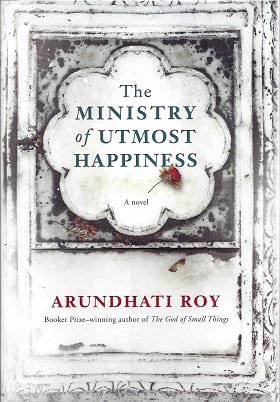 The Ministry of Utmost Happiness by Arundhati Roy - An Amazon Best Book of June 2017: To read The Ministry of Utmost Happiness is to immerse yourself in years of India’s religious, political, and cultural changes and to feel it all through the narrative of an incredible cast of characters. What becomes apparent throughout their individual stories is that power and belief are malleable, that suffering does not end but merely changes hands, and what is revered can easily become reviled. The latter shows up most clearly for Anjum, formerly Aftab, who becomes a famous Hijra in Delhi, only to later find herself keeper of a graveyard sanctum for others who are no longer welcome in the new society. Yes, there is a lot of violence and heartbreak in this novel, but Roy also suffuses it with humor, irony, and --more than anything-- the ability of love and acceptance to heal the broken. Even when, or perhaps,especially when, it comes from places one would never expect. The Ministry of Utmost Happiness is complex and compassionate, and the heart and soul that Arundhati Roy so obviously gave to it is worth every one of the many years it’s taken to give us another fictional masterpiece. --Seira Wilson, The Amazon Book Review 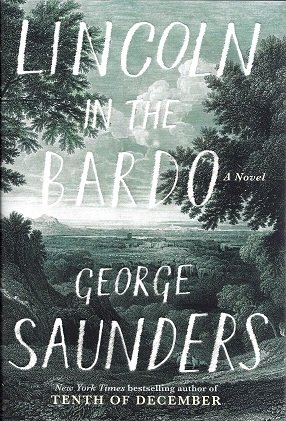 Lincoln in the Bardo by George Saunders - An Amazon Best Book of February 2017: Lincoln in the Bardo is hilariously funny, horribly sad, and utterly surprising. If you can fight past an initial uncertainty about the identity of its narrators, you may find that it’s the best thing you’ve read in years. This first novel by acclaimed short-story-writer and essayist George Saunders (Tenth of December, The Brain-Dead Megaphone) will upend your expectations of what a novel should be. Saunders has said that “Lincoln in the Bardo” began as a play, and that sense of a drama gradually revealing itself through disparate voices remains in the work’s final form.

The year is 1862. President Lincoln, already tormented by the knowledge that he’s responsible for the deaths of thousands of young men on the battlefields of the Civil War, loses his beloved eleven-year-old son, Willie, to typhoid. The plot begins after Willie is laid to rest in a cemetery near the White House, where, invisible to the living, ghosts linger, unwilling to relinquish this world for the next. Their bantering conversation, much of it concerned with earthly -- and earthy – pleasures, counterbalances Lincoln’s abject sorrow.

Saunders takes huge risks in this novel, and they pay off. His writing is virtuosic – and best of all, its highs and lows are profoundly entertaining. You may hear echoes of Thornton Wilder, Beckett and even a little Chaucer, but Lincoln in the Bardo is peculiar and perfect unto itself. Some advice: don’t try to read this one in a library. You’ll be hooting with laughter when you aren’t wiping away your tears. --Sarah Harrison Smith, The Amazon Book Review 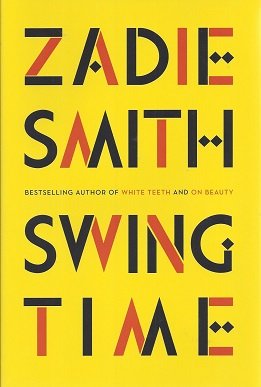 Swing Time by Zadie Smith - An Amazon Best Book of November 2016: In Swing Time, Zadie Smith handles race, class, and long-term friendship with grace and apparent ease. Two young black girls grow up in the same low income project in North London, both interested in dance, only one actually good at it. As they mature, their lives diverge. One actually becomes a dancer, the other goes on to be the assistant to a pop star. There’s something magical about reading Zadie Smith when she’s really on, and this book skillfully builds out each character—using hopes, wants, personal history, relationships, status, and even geography to delineate each person’s life. It’s fitting to compare Smith’s talents to a dancer’s, but it’s more accurate to admit she’s just a damn good novelist. --Chris Schluep, The Amazon Book Review

It has since won the National Book Award and the Pulitzer. Could the Man Booker be next?