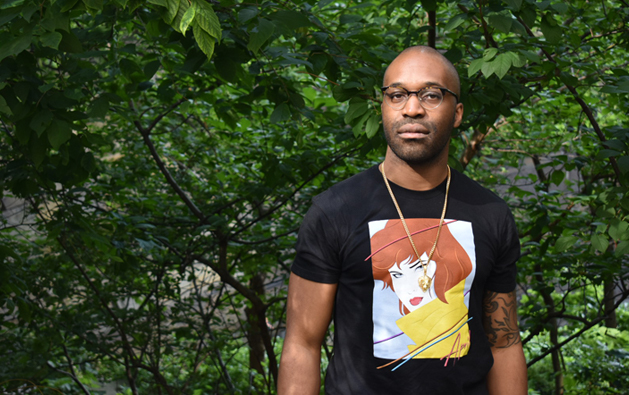 Tochi Onyebuchi’s short novel, Riot Baby, has two siblings as its foci—Ella, who acquires and then masters the power to change the world, and Kev, her younger brother whose formative years are spent in Rikers for attempted robbery.

Though Riot Baby isn’t big, clocking in at 176 pages, the ideas Onyebuchi tackles with his story are. When we met in the fall at New York Comi Con to talk about Riot Baby, with the voices of thousands of fans excitedly buzzing in the background, Onyebuchi brought up institutionalized racism, PTSD, the privatization of the prison industry and parole, and the complex view from inside prison itself. 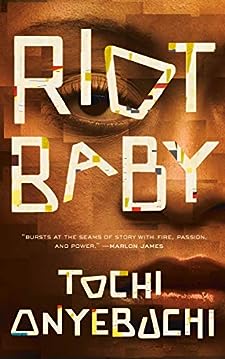 While Kev, the “riot baby,” is born during the South Central riots, his teenage years take place in Harlem. As Ella and their mother grow apart, fracturing the family, Kev grows closer to a crew that’s often tangling with the police. When Kev is sent to jail, initially as a minor, for attempted robbery, his and Ella’s lives separate even further.

“There was so much that I wanted to explore,” Onyebuchi said of Kev and his time in Rikers, “in part because I don't often see stories from the point of view of prisoners about their personal experience.” While Kev experiences what readers likely assume he will—fights, solitary confinement, deadly turf battles—he is also changed in ways that are not predictable. “I think people have this perception of prison and jail as constant violence…. [But] there's so much humanity that happens behind bars. I wanted to have Kev be a part of that so that he's changed by the experience of incarceration but not in the way that you might expect… He grows up through it and it was very important for me to show that journey. As Ella is getting angrier, Kev is almost heading in the opposite direction.”

Onyebuchi continues to surprise the reader as Kev leaves Rikers. While some books would mark his exit from Rikers as a triumph, Kev’s transition to an isolated, parolee-only community where he’s meant to learn to get back on his feet—or, put another way, assimilate into the system—is in some ways just as troubling as his years in jail. Technology plays an insidious and frightening role in Kev’s new life. “My governing philosophy was simply to extrapolate present trends,” said Onyebuchi of the technology that rules the parolees' days. “This microchip is embedded in Kev, and it monitors him. It's ostensibly unobtrusive, so that he doesn't have to encounter a white PO [parole officer] or any sort of distinct manifestation of white supremacy in the post-carceral experience. But this thing is monitoring him at all times and…injecting him intravenously with chemicals without his consent.” At one point, during a group therapy session in which the other parolees talk about the cycle of revenge, Kev's thoughts on PTSD are so intense that the chip senses his distress and floods him with a drug to soothe him.

"Complex" doesn’t even begin to describe Riot Baby, as Kev and Ella’s story lines pull away from each other and then intersect again. Sometimes it feels like Onyebuchi has so much that he wants to explore that the characters themselves become almost secondary, even as his ideas fuel a reader to burn through the short novel.

But if you want to read more books from Onyebuchi, don’t worry. As we ended our interview, Onyebuchi flashed a giant smile. “You have not seen the last of me,” he promised. And thank goodness.

Tochi Onyebuchi is the author of Beasts Made of Night, Crown of Thunder, War Girls, and Riot Baby. He has graduated from Yale University, New York University’s Tisch School of the Arts, Columbia Law School, and L’institut d’études politiques with a master’s degree in Global Business Law. Onyebuchi describes himself as “a consummate New Englander” and lives in Connecticut.