Trend Stetting 9: What You See Is What You Get 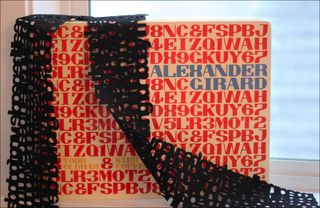 When I helped start a literary and art magazine called Canteen about five years ago, the designer and I clashed quite a bit during the concept phase. “I just want to be left alone with the design,” he said, and I understood the principle but couldn’t rationalize the price. To my mind, he could only decide how the magazine should look after we all understood what it would say. Working in a vacuum meant leaving one dance partner alone on the floor.

In the end—after nearly a year of discussion about the magazine’s intent, its tagline, and the kinds of artists we hoped to attract as contributors and readers—he presented us with a definitive template: clean lines, appealing typefaces, plenty of white space, an unusual trim size, heavy paper, aromatic ink. It was the perfect vessel for the work we’d gathered to fill it. I’m sure I drove him crazy in the process, but I don’t regret it.

The tempestuous, symbiotic relationship between words and design has rarely been demonstrated better than in Alexander Girard, the latest tome lovingly put together by boutique art publisher AMMO and selected as one of our Best Books of the Month for December. Part eye candy, part upper-body workout, the book weighs in at 15 pounds and chronicles a life devoted to tactile beauty. Girard, widely known for the vibrant textiles he produced for furniture designer Herman Miller, created an extraordinary portfolio that includes buildings, gardens, and every possible element of a living space, right down to the light bulbs. It took no less a pair of experts than Todd Oldham and Kiera Coffee to distill his archives into a single volume, albeit one that almost knocked the wind out of me as I lugged it from the office to the car.

Alexander Girard is worth the pain, and I do mean pain—it’s uncomfortably heavy to hold, and its wingspan is so wide that my living room table can barely contain it (perhaps inspired by the subject, a coworker suggested we attach legs and make a meta–coffee table book; I was tempted). But I couldn’t stop paging through it, admiring the scope of Girard’s output, inhaling the fresh print smell, and appreciating the carefully curated text: “[He] saw the paucity of Modern Design’s tenets and countered them with his full ideas, delivering exactly what people thought they no longer wanted.” It makes sense for a record of such colossal talent to be colossal.

I love my compact, hyperefficient gadgets as much as the next young urban professional, yet I’m heartened to see big, gorgeous books like Alexander Girard coming out of small, highly specialized houses like AMMO. It means writers and editors and designers and printers are still locking horns in a room somewhere, struggling and collaborating until they produce a piece of work that fits together so seamlessly, it represents them all.