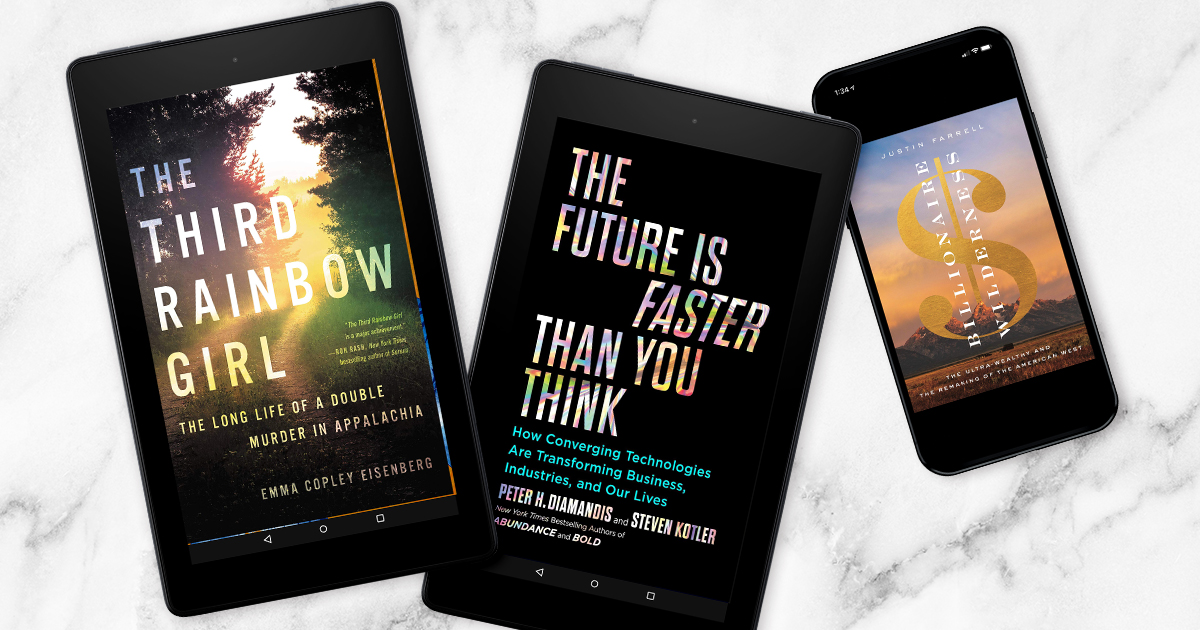 I love the nonfiction category because an author can literally write about anything, as long as it's true. Here are some of our favorite nonfiction books from 2020. The list highlights the breadth of the category quite well. Just reviewing the books below, you can find reads on the super rich, the lasting value of friendships, and the end of the universe. It's a lot of fun picking out the Best Nonfiction Books of the Month. You can see all of this months picks here. 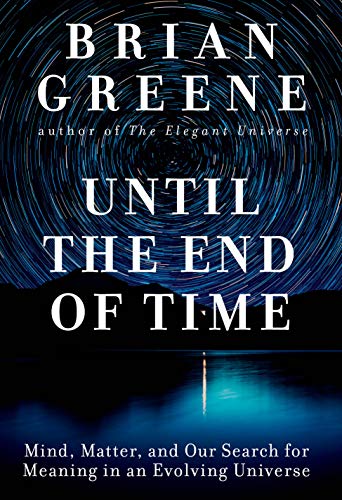 Until the End of Time: Mind, Matter, and Our Search for Meaning in an Evolving Universe by Brian Greene

Greene is the well-known physicist and best-selling author of the books The Elegant Universe and The Fabric of the Cosmos. In this new book, he looks at the Second Law of Thermodynamics, or entropy, which helps to inform us that, one day, all we know in the universe will come to an end. So how do we find meaning in a place like that? Reading Greene's book certainly helps. 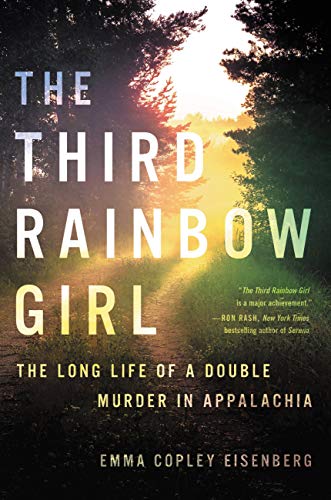 The Third Rainbow Girl: The Long Life of a Double Murder in Appalachia by Emma Copley Eisenberg

Emma Copley Eisenberg investigates a murder that occurred in 1980 Appalachia and its aftermath. In the early evening of June 25, 1980 in Pocahontas County, West Virginia, two middle-class outsiders named Vicki Durian, 26, and Nancy Santomero, 19, were murdered in an isolated clearing. They were hitchhiking to a festival known as the Rainbow Gathering but never arrived. Thirteen years passed before a local farmer was arrested and convicted. But the confession of a serial killer overturned that conviction. Einsenberg follows the threads of this crime through the complex history of Appalachia, forming a searing and wide-ranging portrait of America—its divisions of gender and class, and of its violence. 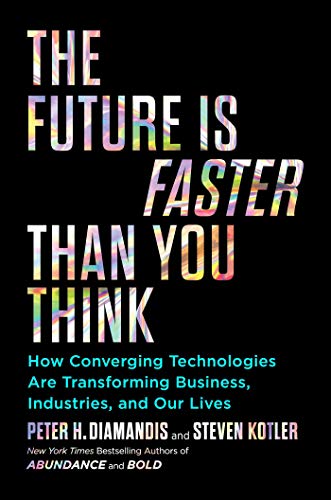 The Future Is Faster Than You Think: How Converging Technologies Are Transforming Business, Industries, and Our Lives (Exponential Technology Series) by Peter H. Diamandis and Steven Kotler

A few years ago, most readers of this post would have been reading it on their laptop or tabletop computer. Now most people are reading it on their phones. Could people have seen that change coming? It's debatable. But what isn't debatable is that the future, as the book says, is faster than you think. Futurists Diamandis and Kotler look at all the different emergent technologies, and at the convergence of those technologies, to posit how they will affect our lives in the future. And they will. From transportation to retail to advertising to education to health, entertainment, food, and finance. 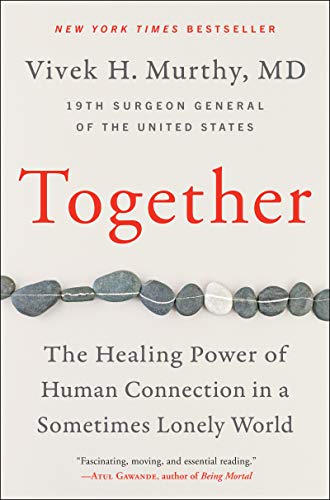 Together: The Healing Power of Human Connection in a Sometimes Lonely World by Vivek H Murthy M.D.

It is an interesting time for this book to be published. In this book, Vivek H. Murthy, the 19th Surgeon General of the United States, makes the argument that loneliness is a public health concern. He traveled the country to talk to people and dig into what causes us to experience loneliness. Most importantly, he looks at how we can dig ourselves out and reconnect. 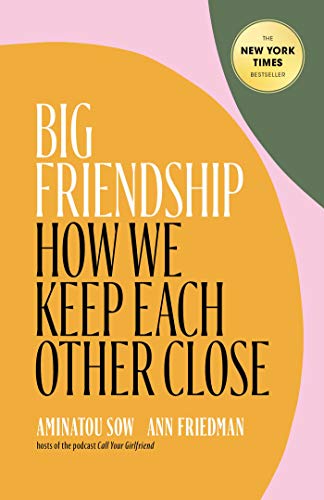 Big Friendship: How We Keep Each Other Close by Aminatou Sow and Ann Friedman

The hosts of the popular podcast Call Your Girlfriend take a look at their own friendship, which has had its shares of ups and downs. But it's not just what happens between two people that can put a strain on a friendship. Things that have nothing to do with a friendship, like health scares and job difficulties in their case, can draw a person away from another—and yet Aminatou Sow and Ann Friedman have always chosen to invest in their bond. Close, non-familial friendship is a relationship that sometimes gets short shrift in the media. Not here, my friend. 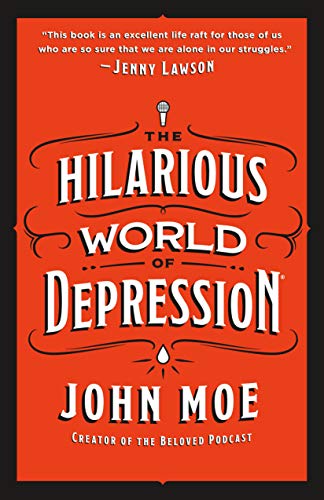 Inspired by the podcast of the same name, John Moe has written a book that's part memoir, part hilarious anecdotes and insights on depression. John Moe had his own dealings with depression for years and years. It ran in his family and took his brother's life in 2007. As Moe learned to come to terms with his own depression, he realized that humor played an out-sized and useful role in dealing with his illness. It opened him up to others—and other comedians in particular—and allowed them to share their experiences, their struggles, and their successes. 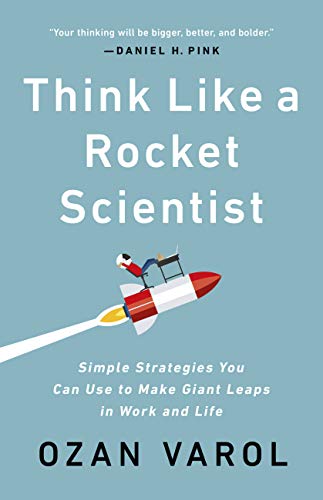 Think Like a Rocket Scientist: Simple Strategies You Can Use to Make Giant Leaps in Work and Life by Ozan Varol

You may not be a rocket scientist, but you can think like one. Rocket science is all about imagining the unimaginable and then achieving the seemingly impossible. Ozan Varol (not a rocket scientist anymore, but he used to be) walks us through the steps it takes to think, plan, and achieve like one. Dreaming the unimaginable and achieving the impossible.... No problem, right? That's why you need this book. 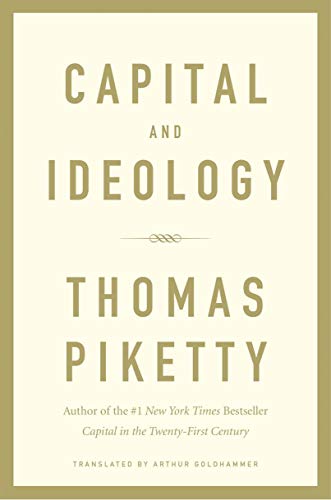 Capital and Ideology by Thomas Piketty

Thomas Piketty is not happy with the current state of things. His book Capital in the Twenty-First Century captured very simply how money is being transferred from the working class to the moneyed class (basically, and with apologies to Piketty, if the markets rise at 10% and real wages rise at 1% or 2%, the gains are all in the markets). In his new book, he looks at history, politics, and solutions. It's a book a lot of people have been waiting for. 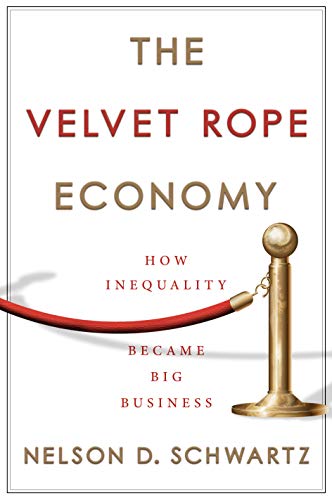 As we have learned in countless movies about dastardly people, everything has its price. In the case of the velvet rope economy, paying the price means you can cut long lines, get your kid into the college of your choice, or get the doctor's appointment when you want it. Everyone else has to fight and mull and wait in the general population. While it has always been this way to some extent, Schwartz's book describes how businesses have latched onto this idea as a way to increase profits. There have been inklings about this world in recent media, and you may have seen it with your own eyes as you stood in line at a theme park (express line, anyone?), but this book lays it all out. 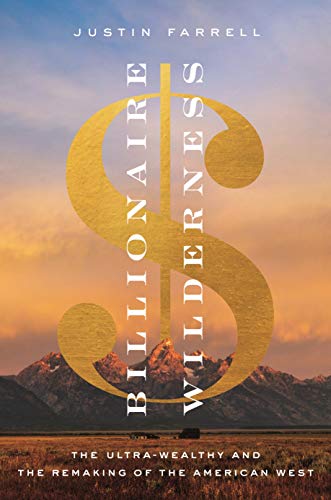 Billionaire Wilderness: The Ultra-Wealthy and the Remaking of the American West (Princeton Studies in Cultural Sociology) by Justin Farrell

What's the richest county in the United States? Well, of course it's Teton County, Wyoming. While that may not initially seem to make sense, Teton County is a place that's being remade by the super rich. And it's setting up a relationship between the wealthy and the longtime poor and middle class who have always lived there that feels like a microcosm of what's going on all over this country. Gathering information from the super rich is never easy, but Farrell uses his wiles and his position as a Yale professor to document this world. Fascinating.

Here are some of our favorite nonfiction books of 2020.