"The Wife: Should She Believe Him or the Women?" by Alafair Burke 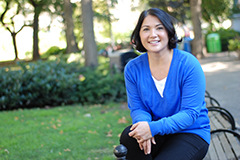 Author Alafair Burke's new suspense thriller The Wife pits Angela Powell's glamorous and successful husband, Jason, against a college intern, and later another woman, who both accuse Jason of inappropriate behavior. But what about Angela? How should she react to allegations about her husband?

We asked the author if she would speak to publishing a #MeToo novel in the midst of the #MeToo movement:


"The Wife: Should She Believe Him or the Women?" by Alafair Burke

My novel The Wife, about a woman whose celebrity husband is accused of sexual abuse, has been called a novel for the #MeToo moment.  It’s also been described as the story of a wife caught in the middle of a He Said, She Said scandal.

It’s a funny phrase, He Said, She Said.  The Oxford dictionary defines it as “a contentious dispute in which the parties express opposing accounts of an event or situation.”  But those pronouns aren’t happenstance. These aren’t any two “parties;” it’s a woman’s story versus a man’s.  And it’s not just any type of “event,” but a gendered and sexualized one: harassment, misconduct, assault, or worse.

When prosecutors call a criminal case a “he said, she said,” we understand it to be unsolvable, unknowable, and therefore unwinnable.  One of the two parties—the he or the she—is telling the truth, while the other is lying.  With no further evidence, the assumption goes, no objective third party can discern what actually happened in that hotel room, frat house, or executive office.  And without an official finding of guilt come no meaningful consequences.

“He said, she said,” in other words, is shorthand for “nothing’s going to happen.” 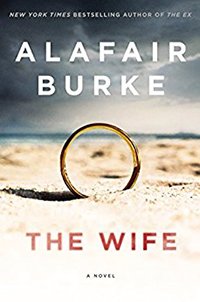 But we are living in a moment that challenges these assumptions.  It turns out that sometimes, scores of “she’s” are offering aligned accounts of “his” behavior.  And a long list of currently unemployed celebrities proves that–whether we like it or not–society can, in fact, impose consequences when the legal system doesn’t.

We may also be learning that sometimes neither person’s account is 100% accurate, but for entirely different reasons.  Because my work is fiction, I can have seasoned sex-offense detective Corrine Duncan say this aloud:  The hard part is figuring out which parts are wrong, and more importantly, why they’re wrong. Bad guys out-and-out lie because they’re trying to protect their asses. But victims? That’s trickier. Some of them almost apologize for the bad guys as they’re reporting the facts, because they’re full of guilt, blaming themselves. Or they mitigate the awfulness of what happened to them, because the full weight of it would kill them if they stopped to absorb it. Or they say they didn’t drink, or didn’t flirt, or didn’t unhook their own bra, because they’re afraid that to admit the truth would be giving him permission for everything that happened after.

The wife in my novel, Angela Powell, is the type of woman who—in the abstract—would say “I believe her,” in a he said, she said.  But when the “he” is the man she loves and the only father her son knows, her objectivity goes out the window.  But as Corrine Duncan might say, the hard part is figuring out why she is biased.  Is she in denial?  Is she complicit?  Protecting herself and her son?  Because this is crime fiction, there may even be some surprises thrown in along the way.

But in between the twists and the turns, I had some things I wanted to say, and I’m grateful that so many readers have noticed.