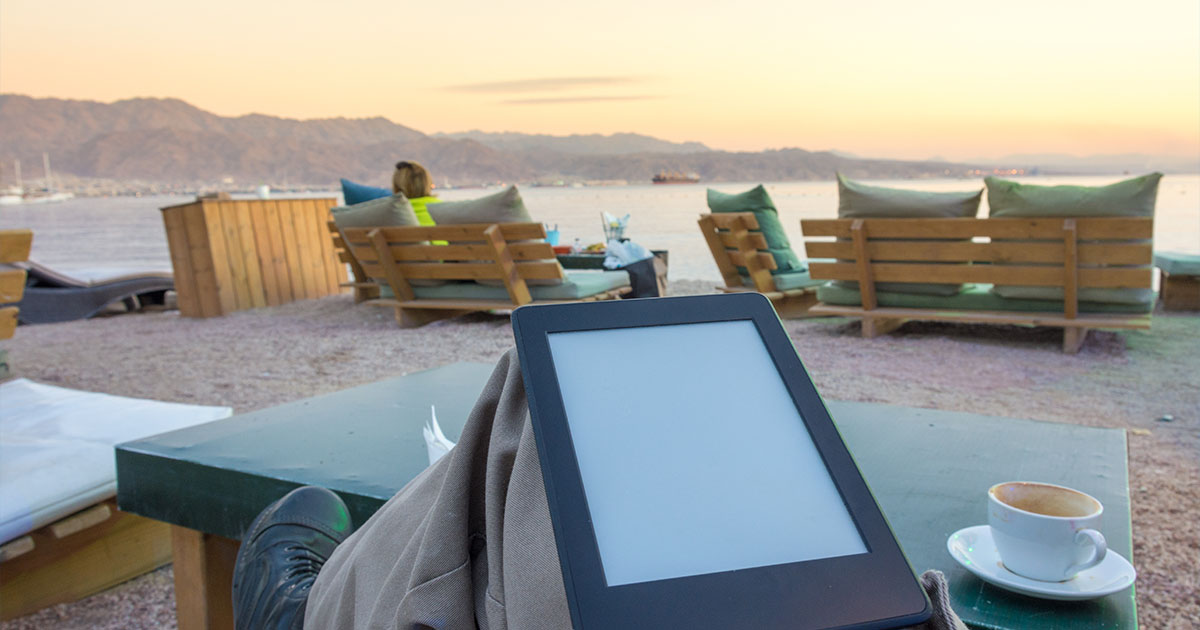 The thread running through the editors' weekend reading picks is what the dear, departed David Bowie called "ch-ch-ch-changes." From two sisters whose experience with tragedy changes the courses of their lives, to an "indigenous epic fantasy" centered on the changed destiny of a young boy; from the changes wrought on a quartet of CIA spies thanks to their service during the Cold War, to the racial changes that prove the old adage, "the more things change, the more they remain the same," our reading choices this weekend show the editors turning to books once more to make sense of a world in which change may be the only constant. And if books don't work, there's always pie. 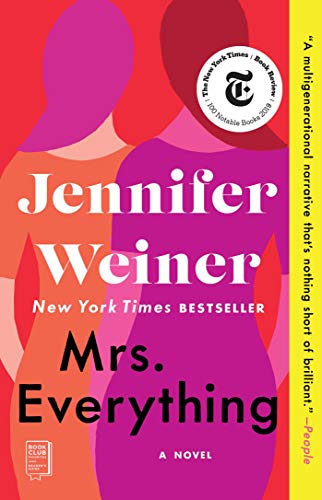 Mrs. Everything by Jennifer Weiner

We’re all excited about the recent news that one of our favorite novels of 2019, Jennifer Weiner’s Mrs. Everything, will be adapted for the screen. Spanning sixty-five years, Jo and Bethie Kaufman are sisters whose story begins in 1951. They’re polar opposites—Jo, the intrepid jock, has an eye for adventure (and, as it so happens, women), and Bethie is the girlie-girl whose aspirations skew more on the conventional side. When tragedy befalls one of them, dreams get deferred, threatening to irreparably change not only the course of their lives, but who they fundamentally are. Mrs. Everything is sweeping in its personal and political scope, chronicling Jo’s and Bethie’s fumbling attempts to right their respective ships against the backdrop of an America experiencing its own growing pains. Something we all can relate to right now. I’m gonna commiserate with Jo and Bethie this weekend. —Erin Kodicek 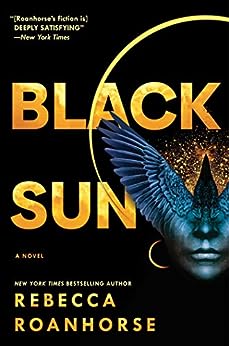 I was lucky enough to be given a verbal preview last fall by Roanhorse herself of Black Sun, which she described as “my indigenous epic fantasy.” Inspired by peoples such as the ancestral Puebloans of Chaco Canyon and the maritime Maya, Black Sun (October 13) opens with a shocking ritual during a solar eclipse that changes a boy and his destiny forever. I’ve only dipped my toe into the novel so far, but I’m already captured by the deliberate power of Roanhorse’s words as well as the relentless pacing that has made her previous novels so unputdownable. Bring on the weekend! —Adrian Liang 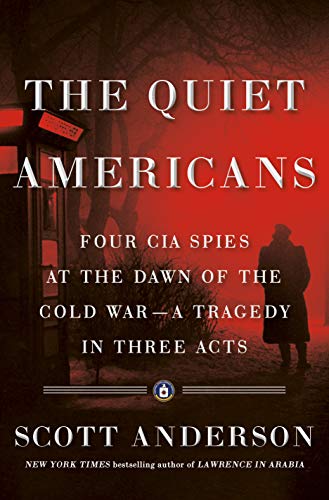 The Quiet Americans: Four CIA Spies at the Dawn of the Cold War—a Tragedy in Three Acts by Scott Anderson

Scott Anderson is the author of Lawrence in Arabia, one of my favorite books of 2013. That book is a history of the Middle East during the early 20th century that revolves around four key players from the west, low level characters (including T.E. Lawrence) who had oversized roles in the region. It was deeply researched, developed memorable real-life characters, and often read like a novel. The Quiet Americans, which follows four men serving in the CIA during the Cold War, seems to offer a similar experience. The outcomes of these four men, as a result of their time working for the CIA, appear to vary greatly. One even commits suicide. I expect Anderson to show me how the roles they played changed the world for better and for worse, and how the world and their work changed them. —Chris Schluep 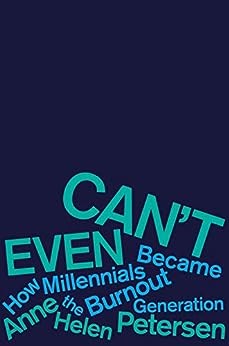 Can't Even: How Millennials Became the Burnout Generation by Anne Helen Petersen

My younger sister is a millennial and I confess my husband and I often respond to her comments by saying "you're such a millennial." And while we mean this as a loving joke, using the label millennial is definitely loaded. I'm not alone in my fascination with this generation. Anne Helen Peterson's January 2019 Buzzfeed article "How Millennials Became the Burnout Generation" was read more than 7 million times, and planted the seed for her upcoming book "Can't Even: How Millennials Became the Burnout Generation" (Sept 22). I feel I owe it to my sister—at the very least—to delve into why our go-to joke has to do with the years in which she was born. This the nonfiction book I'm most excited about this Fall and I've been saving it for the proverbial rainy weekend. —Sarah Gelman

This was originally supposed to come out in the spring, but it was moved into the fall due to the Coronavirus—which, in publishers-speak means, this memoir is going to be big. A Knock at Midnight is a deeply personal story of a young black woman growing up in the south surrounded by drugs: her mother, a nurse, at times was addicted to crack, and her boyfriend dealt drugs. Brittany K. Barnett eventually becomes a lawyer and is determined to fight for the men and women unfairly incarcerated for minor drug crimes (including her mom). Her client’s stories are poignant, shocking, and rendered with such care and compassion that it is impossible to put this book down. A profoundly moving memoir that reveals the incredibly racist world of the feds, the courts, and the laws that throw away people’s lives—for life. —Al Woodworth 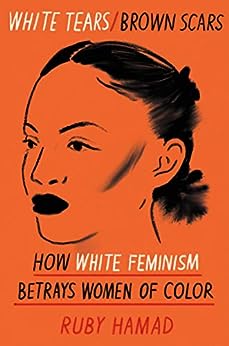 Ages ago, a Guardian Australia article, "How white women use strategic tears to silence women of colour," went viral. It described the damage done to black women by white womens' tears, racked up over a million views, and kicked off a global discussion. Now, author Ruth Hamad has expanded her thesis that white feminism is more closely aligned to the patriarchy and less to intersectional feminism, and backs that thesis up with examples that go back as far as slavery but draw from present day, also. Of White Tears/Brown Scars (October 6) author Rachel Hills (The Sex Myth) says "If you are a white woman, it may make for uncomfortable reading: this book takes the most precise scalpel to the way that white women leverage race and gender of any book that I've read." And Dr. Ibram X. Kendi has called it “powerful and provocative." That article stopped me in my tracks when I read it and I'm both scared and excited to read what else Ruth Hamad has to say on the subject. —Vannessa Cronin 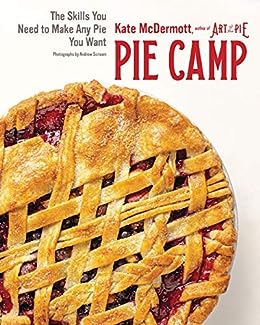 Pie Camp: The Skills You Need to Make Any Pie You Want by Kate McDermott

The berry stand near my house is open for business and the raspberries and blueberries are gorgeous. Perfect timing because I just got an advance copy of Kate McDermott’s new cookbook, Pie Camp: The Skills You Need to Make Any Pie You Want (October 6). I’m so excited to try this one, having loved McDermott’s previous cookbooks, particularly Art of the Pie. There are so many mouth-watering recipes in the new book, I’m dog-earing practically every page. Apple Rum Raisin Custard Pie is definitely going on my Thanksgiving table this year, and I’m torn between Muffin Tin Pies—using a blueberry filling—and Mango Lime Pie for this weekend’s baking project. Master recipes and loads of helpful tips (how to prevent a soggy bottom!) have me thinking Pie Camp might just be a new staple on my shelf. —Seira Wilson

Literary fiction, history, science fiction & fantasy, social science, and even a book about pie. The editors are covering most of the reading bases this weekend.