The Best Books of the Year So Far: Tara Westover on "Educated" 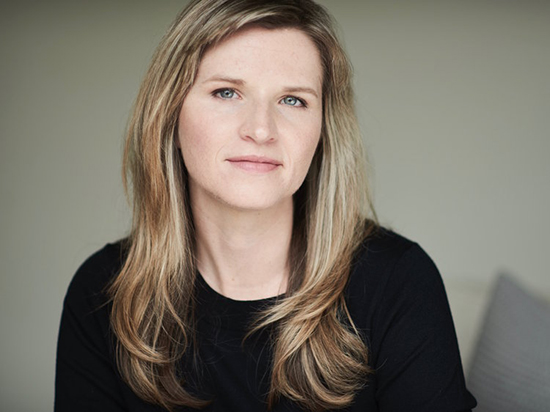 Tara Westover's Educated—a stirring chronicle of her path from a survivalist upbringing to Cambridge University—is our top pick for the best books of 2018 so far. Here's our interview with Westover, originally published on February 20, 2018.

Tara Westover wasn’t your garden variety college student. When the Holocaust was mentioned in a history class, she didn’t know what it was (no, really). That’s because she didn’t see the inside of a classroom until the age of seventeen. Public education was one of the many things her religious fanatic father was dubious of, believing it a means for the government to brainwash its gullible citizens, and her mother wasn’t diligent on the homeschooling front. If it wasn’t for a brother who managed to extricate himself from their isolated--and often dangerous--world, Westover might still be in rural Idaho, trying to survive her survivalist upbringing. It’s a miraculous story she tells in her memoir Educated. For those of us who took our educations for granted, who occasionally fell asleep in large lecture halls (and inconveniently small ones), it’s hard to grasp the level of grit—not to mention intellect—required to pull off what Westover did. But eventually earning a PhD from Cambridge University may have been the easy part, at least compared to what she had to sacrifice to attain it. The courage it took to make that sacrifice was the truest indicator of how far she’d come, and how much she’d learned.

Ms. Westover recently took time out of her busy schedule to answer some questions for us about Educated--an inspiring reminder that knowledge is, indeed, power.

E.K.: The scene in the book where you describe not knowing about the Holocaust was strikingly indicative of the knowledge gaps you had going into college. For most of us, if we’re lucky, we learn about these things piecemeal, over time, in age appropriate ways. I can’t imagine being hit with information like that as an adult in the way that you were. How did you go home that night and not think, “Maybe my dad is right: the world is a scary place. Hanging out in a bunker in rural Idaho with my bug-out bag at the ready is sounding really good about now?”

T.W.: What happened the day I learned about the Holocaust was not that suddenly I learned the world could be a scary place—I’d known that before. What happened was that I learned the world might not be scary in the way I’d thought it was. Because of his paranoia, my father had believed, and had taught me to believe, that our family might one day be targets of the government. We refused to go to school, or to the doctor, or even to register our cars; we were in a kind of open rebellion against what we thought to be a corrupt system, so it made sense that the government might come for us.

It was a moment of harsh awakening to realize that there had been people the government had come for, but not because they were freedom fighters, and not because they were resisting the regime. Not for anything they believed, did, or said. They had been rounded up for reasons that were entirely outside of their control, reasons to do with the way they looked, with markers in their blood.

My understanding up to that moment was that injustice was largely rational: my family was resisting the government, so we were its natural enemies and would be targets. We chose that. There was something much more frightening in learning that injustice was irrational, that it fit no pattern, followed no discernable rules—that perhaps the greatest injustice of all had been essentially random. Not a war; not a battle. Millions of people killed for no reason at all.

E.K.: You talk quite a bit about music in the book. I love the scenes where you’re laying at your brother’s feet in his room, staring at his socks, listening to Mozart and Chopin on a boom box.  What is the significance of music in your life, and how has that world cracked open for you since “crossing enemy lines”?

T.W.: The moment my brother Tyler first played for me an opera was the first time I experienced longing for something beyond our mountain. Until that moment, I was content with my life on Buck’s Peak—the horses, my father’s junkyard, the endless wheat fields. Hearing the piercing sound of a soprano was the moment I realized life had other beauties besides the natural world, beauties that could transport you while at the same time holding you transfixed.

It was also the first time I perceived the benefit of study, discipline, of submitting yourself to a process of education. I knew that no one could sing like that without training, without first seeking out the people who understood the art of music and learning from them. It was in those moments sitting on the floor, listening to my brother’s music and imagining that training, that I began to imagine leaving Buck’s Peak to go and see what the world was, to be remade into another version of myself. Back then, my dreams of transformation were probably of me on a stage, in beautiful dresses, singing beautiful arias. I couldn’t have imagined the person I would eventually turn into—how the path I was setting out on would bend and twist—but it was music that gave me an important awareness: the ability to see myself as other than I was.

E.K.: Harvard Business School professor Amy Cuddy has talked a lot about “Imposter Syndrome,” the nagging feeling that we’ve somehow fooled people into thinking we’re smarter and more talented than we actually are. Dr. Kerry recognized this in you, other people did too, and they tried to impress upon you to own your intellect, your potential, and your achievements—you deserve/earned them. It’s one thing for someone to say that to you, however, and quite another to actually feel it. How did you overcome self-doubt and get out of your own way?

There is probably something healthy in not being too comfortable it the grand places of the world. I hope I never overcome self-doubt to that degree.

E.K.: Having come from such an extreme religious upbringing, what is your relationship to religion and spirituality now?

T.W.: I have a lot of respect for Mormonism. BYU, which is owned by the Mormon church, admitted me despite the fact that I had no high school diploma or equivalent, and I think it must be one of the only universities in the United States that would welcome a student under those circumstances. The church nurtured and cared for me while I was making the transition away from radicalism. Looking back, I can see that BYU really was the perfect place for me, because Mormons have such a wonderful pastoral tradition. They were a real family to me.

Despite that, I am no longer practicing. I lost my faith at BYU. I say I “lost” it because that is what happened. I didn’t choose to stop believing; if I could have forced myself to believe, I would have. But belief is not a matter of the will. You either believe something, or you don’t, and one day, when I was struggling to accept the Mormon doctrine of polygamy in the afterlife—to accept the image of myself, in heaven, a plural wife—I realized that something vital had gone out of the struggle. The doctrine had no power over me, because I no longer believed in it, nor in the spiritual system that had produced it.

E.K.: Your relationship to some of your family members is obviously fraught, but as this book demonstrates, there’s an incredible amount of love there.  What has their reaction been to Educated?

T.W.: When I began writing Educated, I was estranged or semi-estranged from most of my immediate family, and nearly all of my extended family. It has been a long process, but now I have reclaimed many of the people who were dearest to me. Not all, but many. My brothers Tyler, Richard and Tony, as well as their wives, have been very supportive—reading drafts, supplying notes, verifying facts. Many of my aunts, uncles and cousins have also been a great source of strength and encouragement. It’s hard to see how I could have completed the process without them.

E.K.: You initially had concerns that Educated would be too specific of a story to resonate with a wide audience, but it’s on must-read lists everywhere, including ours; early readers have been very enthusiastic. What about it do you think is striking a chord after all?

T.W.: I think perhaps it is the story’s irresolution. Family stories in literature are often very neatly plotted: there is conflict, there is struggle, then there is reconciliation—sometimes on a deathbed. Because I wrote the bulk of it when I was twenty-eight, Educated lacks that essence of finality. My story is not finished. The story of my family is not finished. I used to worry that people might find that unsatisfying, that they would feel something was missing because the story was incomplete. Instead, I think the incompleteness has allowed people to find the ending that rings most true to them. For some readers, I will never reconcile with my parents. For others, it is only a matter of time.