"Radioactive," the new movie about Marie Curie, out today 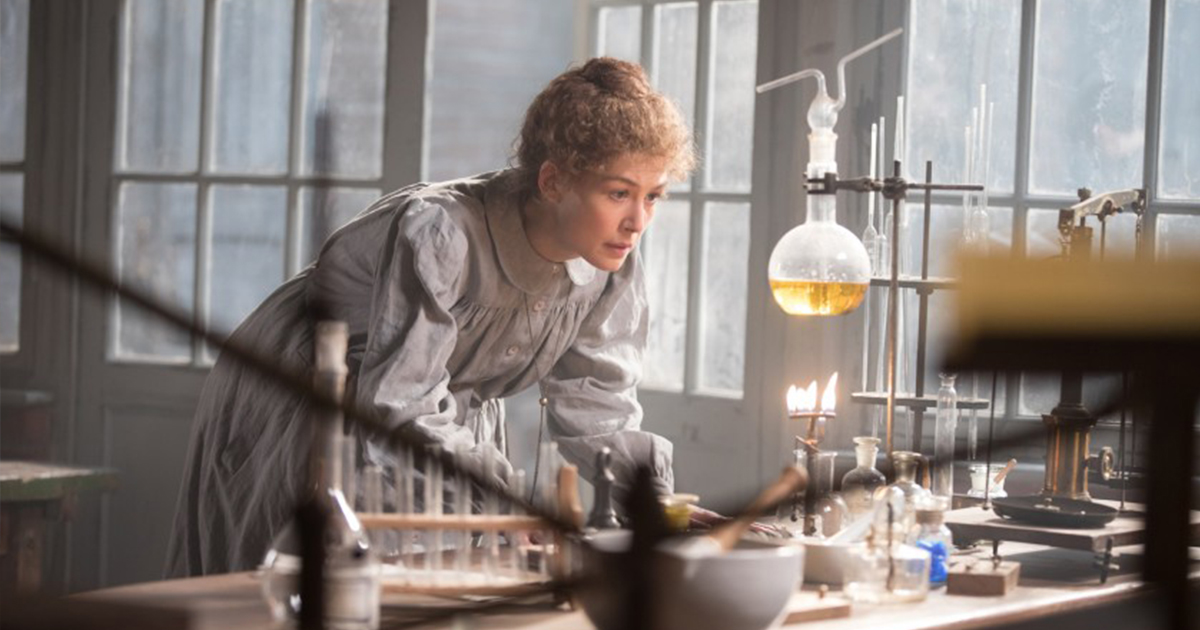 Radioactive, the new movie directed by Marjane Sartrapi, and starring Rosamund Pike and Sam Riley, is out today on Amazon Prime. It tells the story of the great love affair between Drs. Marie and Pierre Curie, two brilliant scientists, and their love affair with scientific discovery. Besides love and science, the storyline also encompasses an issue familiar to women the world over, the struggles of talented women to get the recognition they are due (spoiler alert: in this, Curie was also successful—she won the Nobel prize not once, but twice in her lifetime).

Of the book, Malcolm Gladwell wrote, "Radioactive is quite unlike any book I have ever read—part history, part love story, part art work, and all parts sheer imaginative genius," while Rolling Stone's movie critic writes of the movie, "Rosamund Pike's refreshingly untamed performance as two-time Nobel-winning scientist Marie Curie does full justice to a defiantly unconventional life."

Reading Radioactive reminds us that there are other fascinating books about Madame Curie and other female pioneers in science, so here is a short list of books we recommend. 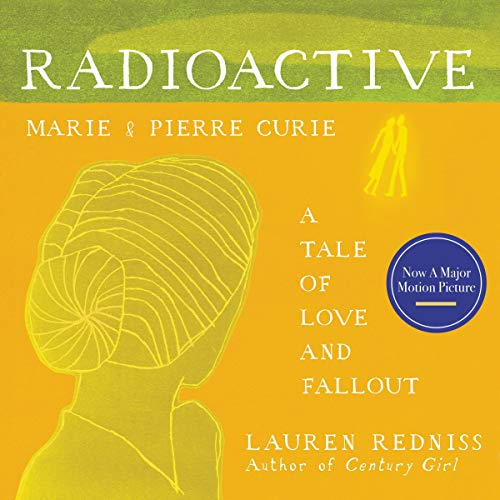 Radioactive: Marie & Pierre Curie: A Tale of Love and Fallout by Lauren Redniss

This is the book on which the movie is based, telling the story of the Curie's meeting and marriage, their professional struggles and triumphs, Pierre's tragic death, and the two Nobel prizes won by Marie Curie. With a pdf of full-page illustrations accompanying the audiobook edition, readers will be able to enjoy this book, a work of art in its own right, with more than one of their senses. 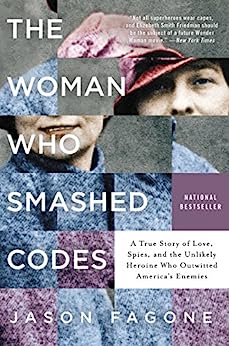 The Woman Who Smashed Codes: A True Story of Love, Spies, and the Unlikely Heroine Who Outwitted America's Enemies by Jason Fagone

They were dubbed "the Adam and Eve of the National Security Agency," a husband and wife duo who invented the modern science of cryptology and used it to secure victory for the allies. But Elizebeth Smith, a Quaker schoolteacher and poetry scholar, didn't stop with the Great War: using science to defeat the Third Reich and later to catch gangsters and spies, she was an active part of the US intelligence community, which she helped shape, right through the Cold War, too.

The Glass Universe: How the Ladies of the Harvard Observatory Took the Measure of the Stars by Dava Sobel

Using excerpts from letters, diaries, and memoirs, The Glass Universe uncovers the largely unknown history of the women, referred to as human computers, who were employed by the Harvard College Observatory to interpret by night the observations their male counterparts made during the day. To begin, these women were enlisted among the wives and girlfriends of the resident astronomers. But graduates of the new women's colleges, such as Vassar, also took their places at the observatory, driving the field of astronomy to new heights (pun intended), while bringing a better understand of the universe to earth.

Marie Curie and Her Daughters by Shelley Emling

While Radioactive does a marvelous job of covering Marie Curie's professional and romantic lives, Marie Curie and Her Daughters makes a wonderful companion read, filling in a rounder picture of her daughters, who were raised to be formidable women in their own right. Emling uses personal letters released by Curie's only granddaughter to show how Curie both enjoyed a close relationship with her daughters, personally and intellectually, and encouraged them to pursue their own passions. 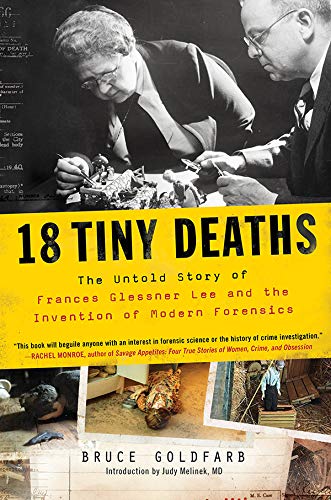 18 Tiny Deaths: The Untold Story of Frances Glessner Lee and the Invention of Modern Forensics by Bruce Goldfarb

Frances Glessner Lee, a socialite from a wealthy Chicago family, was born in the 1870s, when a career in the criminal justice system was not only not approved for women, it was downright scandalous. And yet this mild mannered grandmother developed a dioramic system for recreating and analyzing crime scenes, and training homicide detectives to investigate violent crimes, that gave rise to modern forensic science, which uses some of her methods to this day. Without a college degree, this self-taught scientist not only overcame the professional setbacks typically put in the way of her gender, but she prevailed, and is now regarded as the matriarch of forensics science. 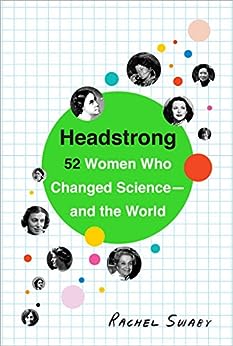 So few female scientists are widely known that readers may be forgiven for thinking that there simply weren't very many. That assumption is knocked on its head with Headstrong, which lists fifty two such women, some of them Nobel Prize winners and major innovators, and some of them unheard of outside of their field but influential and significant nevertheless. And they weren't all born in the twentieth century either: Swaby can point to excellence in science by women down through the centuries.

"Radioactive," the new movie about Marie Curie, her romantic and working life with Pierre Curie, and her struggles and triumphs as a pioneering scientist, is out today on Amazon Prime.