The 2016 Nebula Award Winners for Science Fiction and Fantasy 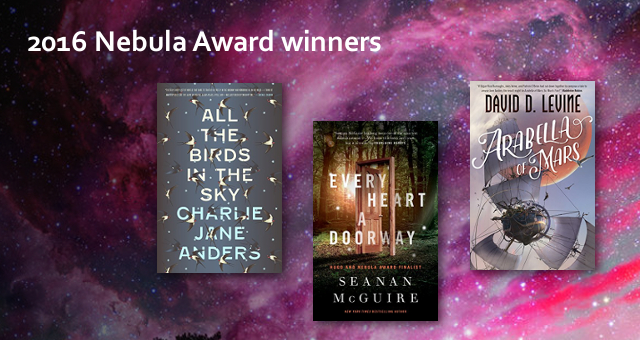 Over the weekend, the Science Fiction and Fantasy Writers of America (SWFA) named the winners of the Nebula Awards for outstanding works of science fiction and fantasy published in 2016.

A lot of our editors' favorites last year were finalists for the 2016 Nebula, and we chose Charlie Jane Anders' All the Birds in the Sky as one of the best books of the month in February 2016, saying in our review, "Anders’ clever writing propels the story through its twists and turns, delivering a mesmerizing, thoughtful, and poignant novel that has 'award winner' written all over it." We're delighted that SWFA members thought the same thing.

Congratulations to the finalists and the winners!