Casey Gerald's rise out of a troubled home in Dallas to creating an accomplished Wall Street and entrepreneurial career can be pointed to as an inspirational story, but Gerald reveals that there were both unexpected darkness and miracles on the path he trod.

We picked There Will Be No Miracles Here as one of the Best Books of October. Read on to discover why in an interview conducted by Sarah Harrison Smith.

Amazon Book Review: The title of your book is an interesting one, as you have achieved an enormous amount in your life. You played football for Yale University, you entered Harvard University's MBA program, and you also entered Lehman Brothers' famous internship program. Having succeed in that privileged world, do you now trust that world? 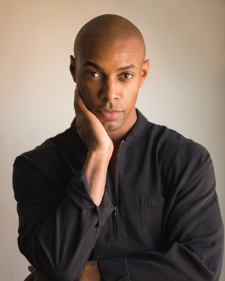 Casey Gerald: If there's a singular message in this book, it's that the way that my generation was raised and trained and conditioned to believe in a certain vision of success is a dead end. So all the things you read in my bio—this kid's achieved everything we tell kids they're supposed to achieve in this society, picked himself up by his bootstraps—well, at the height of it, I was really cracked up. And so many of my friends who had also done that stuff were really cracked up. And the world these institutions represented…that world was really cracked up.

My intention with this book was to trace the cracks and to say, Something is wrong here. Something is wrong with our vision of success. Something is wrong with the voices that we are pouring into young people. Something is wrong with me standing in as the standard for kids for what to achieve. If I'm this sad, then how can I tell someone else behind me, "Do what I did"? Now, while I was writing this book, one of those friends took his own life. He was a kid just like me who people looked at and said he was Horatio Alger to the nth degree. He came to me in a dream, which I write about, and he said in the dream, We did a lot of things that we wouldn't advise anyone we loved to do. [This book is] not about trust, distrust, heroes, villains. It's like putting a warning message on a package of cigarettes. We don’t have the warning label for the American dream.

For a time it was very magical. My mother was my best friend. She was this Willy Wonka-like character, full of joy, always laughing. Whenever anyone told me I couldn't do something, she's the one who told me I could. My father was, in my earliest understanding, a legend. He had been a college football star at Ohio State back in the '70s. That was my earliest understanding of my nuclear family, from about ages four to eight. Then we moved to Dallas and everything fell apart. My father, partially because of his athletic career, developed a drug addiction. Mother suffered from being bipolar. I saw from the ages eight to twelve my life as I knew it fall apart. In some ways, that provides the thread for this book, in that we seem to be living in this time where life as we know it is disintegrating.

Your life does have its miraculous aspects. You survived a terrifying home invasion when you thought you were going to die. You also achieved an enormous amount despite the difficulties you faced in Dallas. Was there a moment when things turned around for you?

I remember my fifth-grade teacher, Miss Davis, who I write about in the book. Just as my father was starting to go deep into addiction and mother was starting to disappear, my teacher found me. I had entered a phase where I was deathly afraid of making mistakes. She had assigned this homework for all of us to learn a speech – to write a speech and recite it. I thought "recite" meant "memorize." I recited the speech from memory, and I turned out to be the only kid in class to do that. I thought I had made a huge mistake because I had done one thing and everyone had done something else. Miss Davis stood at her desk and said, "Oh, Casey Gerald, you are it." She took me under her wing and made me do oratorical competitions and made me practice at a time when my home didn't feel safe and my parents didn't feel dependable and I had no idea what was going on and no one would tell me anything. This woman stepped in and made me feel less alone and took me seriously and made me feel like I mattered. If I have any intention of this book, it's that can be a word version of Miss Davis in some kid's life. 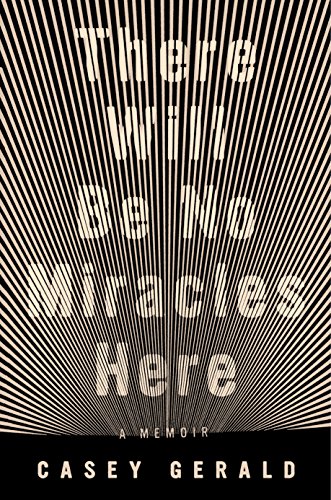 There Will Be No Miracles Here

Was the process of writing a book different from what you expected?

Writing this book was different in two ways. One, it was a hell of a lot more fun. You listen to writers, and you would think that writing is like getting 12 root canals every afternoon. I've had really bad jobs before this, so struggling with cynicism was like eating cotton candy compared to working at McKinsey or Lehman Brothers. So much joy in exploring language and figuring those problems out.

[It was] more difficult than I imagined, though, in other ways. Writing about my first love and my first relationship… Spoiler alert: I really screwed it up. [Laughs] The feeling of falling in love is like standing at the top of a building while this wind was gushing over you, and you knew you had to jump, but if you jumped you might splatter to the ground and die instantaneously. And that if it went really well, you still had to do that but you would live afterwards. You would still have to be changed at the risk of being destroyed. You had to give it all or nothing. It felt like that to write this book. That was very terrifying for a while. [I have a] very buttoned up and acceptable and professional public persona, and then to show how much of a mess I am and show that it's okay, you can come out of that…. But to go there internally first before I put it on the page was more difficult than I imagined. But I hope it made me a better person. I guess we'll see.

What would you say is the one takeaway you'd like people to get from your book? I'm sure there's more than one, but what's really the nugget?

If there's one thing I want people to take from this book it is that we can let go of the stuff that is killing us and heal from it. It's hard but it's possible. It really is.