The Sanity of Falling Short: An Interview with Maggie Shipstead 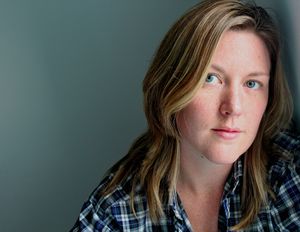 Maggie Shipstead knocked it out of the park with her debut novel, Seating Arrangements, a comedy (and drama—I refuse to say “dramedy”) of manners that garnered accolades, awards, and comparisons to the likes of John Cheever. Her sophomore effort, Astonish Me, is just as polished but much wider-ranging. It follows a pair of ballet dancers across their professional and personal lives: Joan decides she lacks the talent to continue in a demanding and often demoralizing career, but being a family woman doesn’t quite suit her; Arslan, whose defection from the Soviet Union hinges on his affair with Joan, breaks her heart and goes on to stardom.

As precise and elegant as the art form it describes, Astonish Me is an Amazon Best Books of the Month pick for April. The author kindly took time out of her touring schedule to answer a few questions about the novel via email.

Mia Lipman: I went to an Alvin Ailey show recently, the first professional dancing I’ve seen in years, and I was struck by the perfection of the performers. Athletes take just as much care with their bodies, but we get to see them screw up all the time. Dancers rarely miss a step—it’s their job not to. Does this apparent infallibility make us more curious about their inner lives? Why did you decide to tackle ballet dancers as characters?

Maggie Shipstead: That’s so true about dancers—they do make mistakes, but most of them are so subtle, the audience doesn’t even notice. That concealment of effort is part of the art of ballet and definitely contributes to the pleasure of watching it, but it also adds a formidable layer of difficulty (imagine, related to what you said, if track and field athletes had to maintain serene facial expressions through their exertions). As a non-dancer, it’s almost impossible for me to fully imagine how differently ballet dancers inhabit their bodies than I do—for example, the idea of being able to stand on the toes of one foot and lift my other leg over my head is truly alien.

But I like to write about lives or experiences that are exotic to me. My work is solitary and rooted in the mind and involves sitting still for long periods, whereas dancers’ practices are dynamic and collaborative and physical. On the other hand, I understand well the poignancy common to artists of all stripes that comes from never quite being able to translate the ideas in your mind into the performance or book or painting you really wanted to make—artists who want to stay sane have to make some kind of peace with falling short. And I was also drawn to writing about dancers simply because I love ballet.

Most little girls go through some kind of ballet phase (mine lasted about five minutes, but it was intense). Why do you think this particular art form captivates us so much, especially when we’re young?

Maybe this is pessimistic, but I think children see ballerinas as women who are celebrated for—and idealized as—being beautiful and graceful and silent and feminine and ethereal. For lots of little girls, wanting to be a ballerina is about wanting to be looked at in a certain culturally approved way and not about wanting to actually dance; most kids are in no way equipped to understand the blood, sweat, and tears that go into making a real ballerina. Those women are tough, mentally and physically, and they have to convey complex, often dark emotions onstage. That’s why most kids, like myself, spend one year in a baby ballet class and go, “Oh, no, this is really hard. No, thank you.”

Seating Arrangements takes place over a few days and stays largely in one place; Astonish Me spans decades and continents. You’ve said that you’re not a writer who plots much out in advance, but this story is fairly complicated. Did it wind up in places you didn’t expect?

Astonish Me started as a short story I couldn’t make work. (This is how Seating Arrangements began, too, incidentally.) It was 30 pages long and about a frustrated ballet dancer who quits and moves to California with her husband and son and has a rivalry with her next-door neighbor. But it was less about ballet and more about how parents can get prematurely competitive about their children’s future success.

At the time, I had a hundred pages of a different novel that I thought would be my second, but then I took a break to revise the ballet story, which kept growing and growing as I worked on it. There was something illicit about all the time I was spending on this project, like I was cheating on my “real” novel. My first draft was only 90 pages long. I think most of the major components that are still in the book were in there, and the chronology was actually even jumpier and more complicated than it is now. I would end each section at a point where I thought a piece of information was missing, and the following section would supply a kind of answer, which, for me, ended up being an intuitive way to build the book. Every draft gained pages, but the expansion was more a process of filling in holes and fleshing out vignettes than bending the story in new ways. 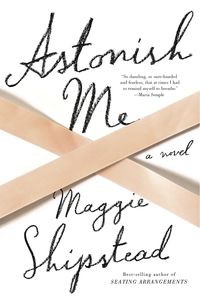 Astonish Me also changes perspectives a number of times. Did you need to get into a different frame of mind to write from each person’s point of view? When you were writing inside Harry’s head, for instance, were you also aware of how Chloe was feeling in the same scene—or did you need to switch off one to switch on the other?

I mostly just focus on the perspective I’m currently writing from and mentally shut out the experiences of the other characters. Sometimes, then, when I switch to someone else, I have to play catch-up and think through what the character has experienced since I last wrote in his or her point of view. Most of my writing, even short stories, involves shifting points of view, partly because for me, that movement among characters is a good way to generate momentum within a narrative. When I feel like I’ve hit the end of what I have to say, I change my point of view, and new avenues almost always open up.

Your novels hinge on very small moments. How do you choose which ones will drive your characters? And how do you pinpoint the fine line between just the right amount of detail and too much?

I don’t know! I wish I did. I don’t like to mystify the writing process—if I sat around and waited for inspiration instead of just chugging along, I would never write—but the tiny bits and pieces that make up a novel do tend to accrue without much choosing on my part. I use the best ideas I have at any given time, or sometimes the only ideas. There’s not a lot of choosing, which is good because when I do have competing possibilities, it tends to paralyze me.

As far as getting the level of detail right, I think that I actually tend to underwrite a little bit. As a reader, I like books that have arguably too much detail; I’m pretty patient about reading long descriptions of people or settings. I’ve thought sometimes, while reading books denser than my own, that I shouldn’t be so paranoid about not getting bogged down in detail but should be willing to slow things down. I’m sure plenty of readers would disagree, though.

Given the kudos your first book received, was it harder or easier to work on your second? On the one hand, there’s the pressure of a follow-up; on the other, you’ve been through the publishing wringer before and know what to expect.

I lived the dream on this one, actually, because I finished and sold Astonish Me before Seating Arrangements came out. I mentioned earlier that it started as a failed short story I worked on when I was playing hooky from a different novel project. I had just finished a two-year fellowship at Stanford and went abroad for five months, and I found that the ballet story kept following me around. I wrote Astonish Me while I was in Bali, Paris, and Edinburgh—speaking of living the dream—and it was such a pleasant, even joyful, writing experience. I always felt like I was just writing for myself, much more so than with Seating Arrangements.

In retrospect, I see what an incredible piece of luck it was to write a second novel without having yet had the experience of worrying about a publication or dealing with the noise of social media or feeling like I had criticisms to rebut. I try to get back to that state when I write now, but it’s difficult.

Here’s an easy question to wrap up with: What are you reading these days? Is your taste different when you’re on tour than when you’re writing? I’m imagining Edith Wharton at home vs. Us Weekly on the plane, but please correct me if I’m projecting.

I recently finished Americanah by Chimamanda Ngozi Adichie. I loved it so much—it’s a purely wonderful book. This tour, fortunately, I’ve planted myself in New York for a month and have been doing events within train distance, so there’s been precious little magazine time (though I do like to veg out on planes). I did an event in Boston last week with Julie Orringer, and I’ve been reading her novel The Invisible Bridge, which is beautiful and heartbreaking and also mind-blowing, both in terms of how much research she did and how seamlessly she incorporates that knowledge into her fictional world.