The Amazon Book Review Podcast: Our Favorite Mysteries of 2018 and an Interview with Markus Zusak 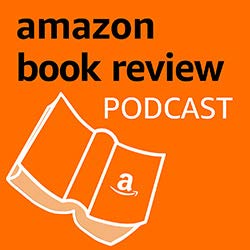 We might still be getting the hang of this whole "podcast" thing, so while there might be some growing pains, that won't stop us from putting out new episodes.

In our latest installment, Amazon editors Chris Schluep, Seira Wilson, and Very Special Guest Vannessa Cronin talk about their favorite mystery, thriller, and suspense books of the year. In the second half, Seira talks to Markus Zusak, author of the The Book Thief and Bridge of Clay—a novel 10 years in the making. Check our show notes below for a rundown of the books they talked about in the podcast.

All episodes are available on iTunes and TuneIn – and don't forget to subscribe!

Chris, Seira, and Vannessa talk about a few of their favorite mystery, thriller, and suspense books of 2018.

The Woman in the Window by A.J. Finn — "Very Hitchcockian, and has twists that literally made me gasp out loud while I was reading it."

The Ruin by Dervla McTiernan — "I'm a huge fan of Tana French, and this really reminded me of her earlier novels."

The Witch Elm by Tana French —  "[French] did this standalone because she wanted to take a different perspective--take a mystery and do it from the point of view of someone who is a victim and a suspect... having no agency and being interrogated and not having answers."

Dark Sacred Night by Michael Connelly — "He handled it a little bit differently—he introduced a new character, Renée Ballard and put her in his world with Harry Bosch. So it's the old and the new together, the best of both worlds."

The Widows of Malabar Hill (A Mystery of 1920s India) by by Sujata Massey — "A fascinating historical mystery that uses [the] idea of these women not being able to act on their own behalf to drive a really excellent plot."

My Sister, the Serial Killer by Oyinkan Braithwaite — "A darkly comic, pulpy, kind of quick read, but she just packs so much into those 200 pages. And I'm hoping that the buzz that it's getting is going to mean that we're going to be seeing more diversity in mysteries."

On the difficulty of writing Bridge of Clay: "Maybe that's why it took me so long to write it, just because I'm always aiming for something just out of reach.... What I love about writing in general is that you're trying to write a book that you might not be able to write. And I think there's something kind of beautiful in that. Even in those moments that you fail, you've got to remind yourself that it's only because [you're] trying to do something that isn't easy to do."