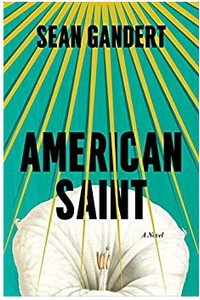 Saint or sinner? (of the con artist variety). Find out when you read Sean Gandert’s latest novel about a particularly zealous priest who goes to extreme measures to instill faith in his flock. Here, Gandert talks about the power, and magic, of stories, and the family folklore that spurred the writing of American Saint.

My grandmother liked to tell stories. Like most of us she enjoyed gossiping about neighbors or family members, and she had had a cutting wit for criticism that sometimes surprised those who didn't know her well, but that's not what I'm talking about. I'm talking about real stories, anecdotes that stick in your head even though you know they must be exaggerated, cuentos told with enough detail to make you doubt your own memories and understanding of reality.

Usually, when she told me stories she was in the kitchen cooking. I'd be waiting impatiently for her to finish a batch of sopapillas--my favorite food and one I begged her for so frequently it became a running joke in the family, to the point that she made me a sopapilla birthday cake when I was older--and maybe munching on one of these treasured treats the moment it became cool enough to hold. The room filled with the smell of sizzling oil as she dipped them into the pan, and as I ate she would talk. I'd get glimpses of her childhood, stories of playing with animals on her family's farm, horseback riding and bottle feeding the pigs. Stories about her favorite brother Cleofes and travelling around the hills and mountains of northern New Mexico and Southern Colorado, the geography of which I never really understood but found exciting to hear about nonetheless. Though during my lifetime she only lived in Albuquerque and Santa Fe, her stories always seemed drawn from a different world, a past that I could glimpse but never fully picture.

One story I remember well concerned a bruja (witch) who lived across the road from her family. She and Cleofes saw this bruja walking up to their house with evil in her eyes, a malevolence they could sense despite her outward beauty, but their mother was out so they had to speak with her despite their trepidation. The bruja left them jars of jam to give to their mother, but they didn't trust this stranger so they fed these to their pigs as a test. The next day the pigs grew ill, some of them even died. There were other stories she told about this bruja, familiar folk tales from New Mexico that I have trouble remembering after all these years because they blend in with other versions I've heard or read, but this story about the witch and her jam seemed real. She included little details, the odd scent of the jam and the way their dogs huddled in fear away from this bruja, that made this tale much more believable to my young head than more fanciful stories like the devil in the dancehall or the bruja turning into an owl and taking flight, though she certainly told these just as well.

Perhaps because she liked telling stories, our family also liked to tell stories about her; it doesn't hurt that my grandparents lived so many lives before I was born that nothing I heard about them seemed impossible. So I don't remember who it was that told me she used to dabble in magic herself, that she'd practiced curanderismo, and it's possible this person was only telling me this story to see how much I'd believe. In any case, I remember asking them why she stopped practicing, and what they told me was a story similar to the pigs. After being slighted by a neighbor, my grandmother set a curse on this woman as punishment. The very next day, the neighbor dropped dead, and with that my grandmother swore off all forms of magic for good.

These stories were one of my starting points for American Saint, a version of which made its way into the book, though the character casting this death curse on the page is nothing like her. I never found out whether either of these stories were true, and I don't really want to know. I like them as they are. If forced to answer whether I believe any of this brujeria really happened, my answer would be that I believe in the power of stories, and that when it comes to some things literal truth has never really been the point. 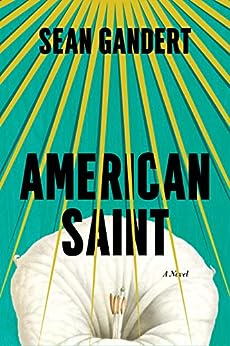