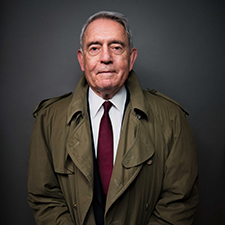 With a career spanning more than 60 years and at least 60 Minutes, Dan Rather has seen it all. Then again, before last year's presidential election, a lot of us thought we'd seen everything. Whichever side you lean toward, our political and cultural landscapes at least feel unprecedented, and many of us have struggled to find ways to articulate even our own beliefs, much less talk to each other about them. Rather doesn't have that problem. What Unites Us: Reflections on Patriotism (written with Elliot Kirschner) places today's events within the events of our history, providing valuable context and hope—and maybe the framework—for reconciliation.

What does Rather like to read? You might not be surprised with his choices, but you might be interested in what he has to say about them. See his picks below, and look here for the latest celebrity favorites. 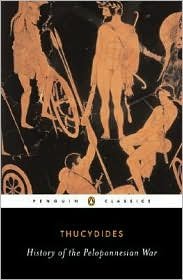 History of the Peloponnesian War by Thucydides
Browsed and skipped around it in my youth. Actually reading all of it now has been a revelation and a joy. The Ancient Greek is a master story-teller who set the standard for future historians with the broad scope and telling details of his writing

The Killer Angels by Michael Shaara
One of the best historical novels I have ever read. Based, with great accuracy, on the four days of the battle of Gettysburg. Riveting. I could barely put it down. First published in 1974. Why it took me so long to get around to it I don’t know.

All the Pretty Horses by Cormac McCarthy
A romance novel, really, against a backdrop of changing cultures and boy-men coming of age. McCarthy, for my money, is one of the best (if not the best) American novelists of his generation. Blood Meridian may be his best book, but it is too bleak and violent for some readers. All the Pretty Horses isn’t; it is by far his most accessible work for a general audience. I read it when it first came out in the 1990s; my recent re-read was well worth the time. Love it.

Lives of the Noble Greeks and Romans by Plutarch (also known as Parallel Lives or Plutarch's Lives)
While I’d long heard about the value of reading this old Roman, never got around to it until recently. A series of biographies of famous men arranged together. (Example: Caesar and Alexander the Great.) If you need convincing, Plutarch heavily influenced Shakespeare. 'Nuff said.

What Unites Us: Reflections on Patriotism
Dan Rather and Elliot Kirschner
Print Book Kindle Book