How I Wrote It: Donna Tartt, on Beatles Notebooks, Afternoon Naps, and the Writing of ‘The Goldfinch’ 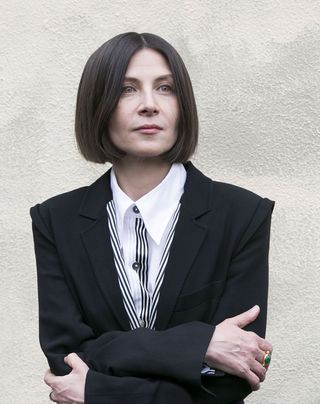 Who did you write The Goldfinch for?

A book is always one person speaking directly to one other person. So though in different parts of the book, I felt as if I were writing to different people (which is not really as strange as it sounds, given that this book took ten years to write), I always feel that I'm writing to one person, never an audience. But the person varies.

I write by hand, in notebooks, so my work is very portable. I have an office, which is tiny and crowded--I seem to work better in small rooms--but I'm also happy working in a hotel room or a carrel in the library. And sometimes if I'm feeling particularly beleaguered or fretful I'll write in bed. Great storms of paper everywhere.

The one place I don't like to work is outdoors. And, even on beautiful days, I keep the windows shut, as I live in terror of the gust of wind that will send my papers flying all over the room.

For actual composition: I write by hand, with ball point pen, in college-ruled spiral notebooks, the kind that children use for school. In the fall when the school supplies are in the store, I'll tend to buy lots of them so I can get just the kind I want: silly patterns and colors are, for me, an important aide memoire, a mental filing system. When I was finishing Goldfinch, I had a series of notebooks that had covers from Beatles albums, and when I was looking for something, it was easier for me to think: "Oh, I wrote that in the 'Hard Day's Night' notebook" or "I wrote that in the 'Sgt. Pepper' notebook" rather than "I wrote that in the blue notebook."

Anyway, that's how I write: by hand, in notebooks. By the end of this book, I had stacks of them. And then, I'll often go and write over that draft in colored pencil (colored, so that the revisions stand out.) When the notebook starts getting too tangled-up to read, I'll type it up into a computer--I print out my drafts on different colors of paper, because with a long book, the paper tends to pile up, and it's easier to keep different versions straight that way. You're reaching for the pink draft, or the blue draft, or the gray draft, instead of being lost amidst stacks of white paper and not knowing what's what. 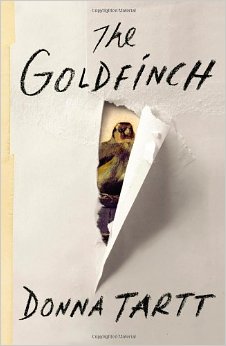 Coffee makes me too anxious and vigilant---I get most of my best work done when I'm in a more relaxed state of mind. So I drink tea when I'm writing. But I don't drink a lot of it: a cup of Assam or strong Scottish Breakfast when I go to my desk in the morning and then, mid-afternoon, if I'm still at my desk, a cup of something perfume-y to cheer me up, like rose or jasmine. As for food: if my work's not going well I'll keep drifting into the kitchen and prowling for something to eat, but when I'm really working hard all I want are little things to nibble on--an apple, a handful of almonds, a peach. If someone brings me something I'll eat it happily, but I'm generally too distracted to go hunt it down myself. And then at some point I look up and realize: I'm starving!

I read a lot while I'm writing. If I'm feeling dull or uninspired, I'll often reach for a book of poetry:  often an anthology of British and American poets of the 20th century that I've had since high school and am superstitious about. At night, I like to read something completely different from what I'm working on, to get my mind off my work--Ivy Compton-Burnet is always bracing and fresh, and so is P.G. Wodehouse.

Sleep is always helpful for me. If I can manage to take a nap in the afternoon, just the right kind of nap, I'm often good for another three or four hours of work before dinner. A walk about three in the afternoon is also helpful.

I try to avoid social engagements. It's hard for me to socialize or see people while I'm working. I sleep irregular hours and eat irregular hours and don't like to be interrupted to go have dinner with someone if my writing is going well. Sometimes even knowing that I have a dinner engagement in the evening will keep me from working well during the day. I DO have a number of exuberant email correspondents though--writing letters to people at the end of the day is often my way of winding down from a day of work.

> See all of Donna Tartt's books