Bobby Hundreds: Building community one word—and one T-shirt—at a time 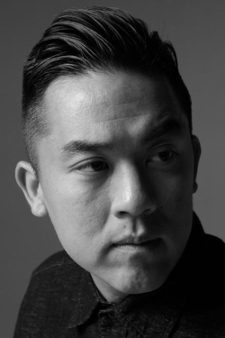 Most fans are familiar with Bobby Hundreds as the cofounder of the popular streetwear brand The Hundreds. But The Hundreds was never just about T-shirts. It was about people, about one-on-one connections, and about community. Community that Bobby Hundreds built up pre-social media partially by way of his blog. Bobby Hundreds doesn’t think of himself as a fashion person. He is a storyteller and, yes, a writer.

I met Bobby during a lunch organized by his publisher during the annual BookExpo conference, and his passion for writing and his work was obvious and infectious. This Is Not a T-Shirt is his honest, amazing, and unfiltered look at growing up as the middle of three boys in an Asian American family and starting a company while he was in law school. And the rest is history.

Sarah Gelman, Amazon Book Review: It’s fair to say you have a lot going on. What was the inspiration to write a book?

I was always into art and design, but in the background, I was writing. In fact, The Hundreds (our brand) was centered on this living narrative I’d unspool on my blog every morning. This was pre-social media. Somewhere along the way, our customers would tell me that they came for the clothes but stayed for my words. And that’s when I took ownership of being a writer as well. I’m an avid reader, so it then became a bucket-list goal to write a book by the time I was 40. Write what you know, so I began with a memoir of my life and building a brand around community.

I found myself Google Image-ing a lot of things mentioned in the book, like the Adam Bomb mascot, the JAGs pattern, and your collaboration with Warner Brothers’ Animaniacs. As a designer, how did you make the decision to not put more images into the book? What other design decisions did you debate or obsess over? 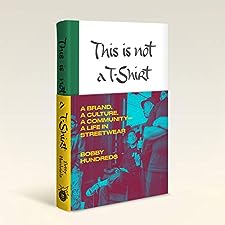 This was a decision that my editor Sean McDonald and I came to together. The reason why I chose to work with Farrar, Straus & Giroux was because of their reputation as a literary platform. I wanted to be taken seriously as a writer. I knew that the public would assume I hired a ghostwriter or that I was just using the book as a business tool. So, by holding back the visuals, there’s an emphasis on my writing and storytelling. It’s been nice to read comments saying they didn’t know I could write (like that). I’ve always aimed to break expectations.

One part of the book that really resonated with me was when your former summer externship supervisor, Abe, told you that even though you’d be a successful lawyer, you shouldn’t go into law. For those who haven’t read the book, Abe was dying of cancer and he encouraged you to follow your passion. (Spoiler alert: It wasn’t the law.) The last acknowledgement in the book is for Abe. Did Abe influence your career path as much as it felt like he did as a reader?

Yes. I think of Abe at every milestone. And here’s the thing—I only knew Abe for about six months. It’s not like he was with me at every step of my life. But, on that afternoon when we had our final talk, he gave me permission to think of a life dedicated to passion and purpose. My parents, teachers, and general authority figures had ingrained in me that I couldn’t make a living pursuing art. The American system, the media—they also convinced me that, as a Korean-American skate punk, I would have a hard time in fashion or design. There were just no role models, no examples of leadership. Abe was the first person to say, “F-ck all that.” And to march forward, regardless of what people said or thought.

I’m assuming the book’s title is a play on the iconic Fugazi T-shirt, “This is not a Fugazi T-shirt.” You write in the book about this T-shirt: “That this random person printed an illegal T-shirt of a band that didn’t believe in T-shirts and that it become one of the most iconic T-shirts in music history is just so perfectly punk. It’s like the inception of punk rock negation.” How did you land on this title for your book?

Ian MacKaye (his bands Minor Threat and Fugazi) had such an effect on my young life, in terms of staying true and honest. But the title is also very much literal in the sense that The Hundreds—and streetwear in general—isn’t just about T-shirts and baseball caps and sneakers. I like to say we stand for PEOPLE over PRODUCT. It’s less about clothing and more about community. This isn’t a T-shirt, it’s a conduit for dialogue. It’s a bridge for new relationships.

Even as a reader who lived through the days before iPhones and social media were ubiquitous, I still find it mind-boggling to read about launching a brand without these tools. How would The Hundreds be a different company if it were launched today?

We know how this feels because we are constantly developing and assisting newer brands in the streetwear space. It’s an entirely different game today, just subtracting the weight that wholesale used to bring to the marketplace. It’s much easier to gain traction now because of social media and digital marketing, but there is incredible hardship in sustaining. Everything is happening in reverse. The hockey stick is flipped, so new brands launch out the gate with tremendous sales, but plummet quickly because of lack of infrastructure. I’m not sure if we could have kept a brand alive for fifteen years if we started today. It’s like all the bands that got in before Napster and downloading took over. They’ve been able to achieve these lengthy careers. (Madonna just had another hit record!) But everyone who came after that didn’t have that germination period to plant their roots in deep enough.

Although you don’t explicitly talk about this in the book, over the course of the life of The Hundreds you’ve gotten married and had two kids. How has this influenced your work and priorities?

It changed everything and nothing. I know a lot of entrepreneurs and upstarts worry about starting families because it will eat into their work time. But if you’re organized about it, you’ll actually have more time to dedicate to your craft, because of better prioritizing. You don’t realize how much fat you have in your life until you are squeezed for resources. You get much more efficient, you work smarter and harder, and you get better. And those times where family wins out over work? You realize that’s the most important thing anyway. I love how much my family has humbled me, centered me, and helped me to take B.S. work stuff less seriously. The best part? Taking myself less seriously.

What book have you read recently that’s stuck with you?

I’m currently finishing The Second Mountain by conservative writer David Brooks. I like to read as much literature from people who don’t share my political views. It helps me to gain empathy, see things differently, and also sharpen what I stand for. I’m just now beginning Gods of Jade and Shadow by Silvia Moreno-Garcia. I don’t think it’s available to the public yet, but you’re gonna love it. This is definitely my summer read. 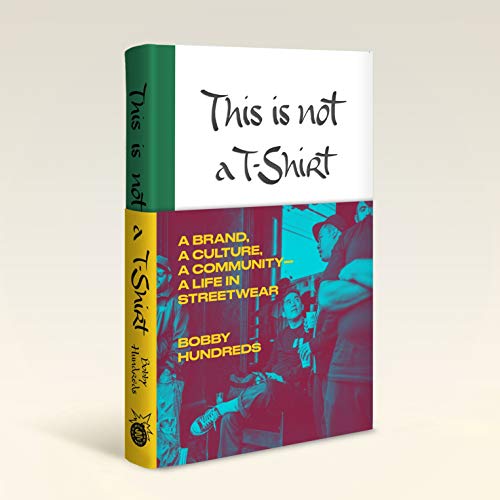 This Is Not a T-Shirt: A Brand, a Culture, a Community--a Life in Streetwear
Bobby Hundreds
Print Book Kindle Book
Audible Audiobook