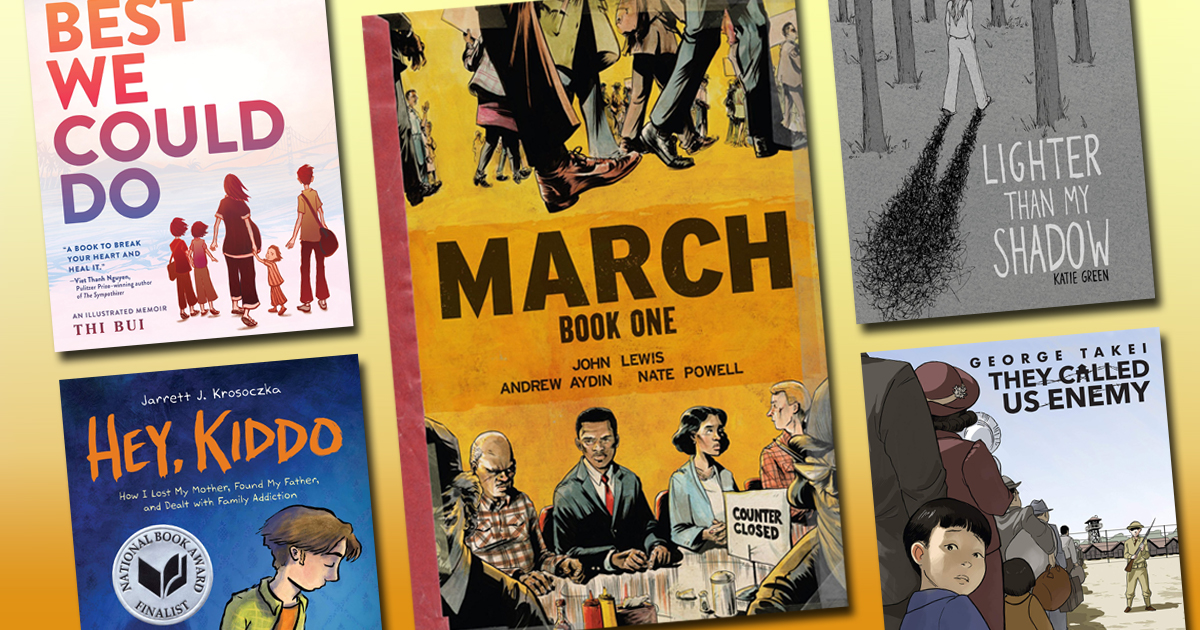 As protests calling for racial justice continue nightly across the country, readers can look to past lessons about protests from the late congressman John Lewis. Lewis’ graphic memoir March is an inspiration and a reminder that social change requires commitment and persistence.

To some, a graphic memoir might appear to be an unlikely source of encouragement. But John Lewis himself—organizer of lunch counter sit-ins in 1960, one of the original 13 Freedom Riders, and the leader of the peaceful 1965 march in Selma that was quickly dubbed “Bloody Sunday” due to the state police’s non-peaceful reaction—was inspired by a 16-page comic called Martin Luther King and the Montgomery Story.

The 1957 comic shared the story of the Montgomery bus boycott sparked by Rosa Parks’ refusal to give up her seat, and outlined the nonviolent resistance principles and techniques of the civil rights activists in Montgomery.

More than 50 years later, John Lewis released a much longer graphic memoir titled March—the first of three volumes that explored through his eyes the civil rights movement in the south in the 1950s and 1960s, culminating in Lewis’ historical and unforgettable march at the head of 600 protestors in Selma, Alabama.

March was not the first graphic memoir to share truth with readers. Art Spiegelman’s Maus, centered on his father’s experiences during the Holocaust, won the Pulitzer Prize in 1992. Marjane Satrapi described growing up in Iran during the years before and after the Islamic Revolution in Persepolis (English edition, 2003). Alison Bechdel’s Fun Home (2007) lived up to its subtitle—“A Family Tragicomic”—as she delved into coming out to her parents, the secrets her family held close, and her father’s inexplicable death.

But March—issued in three volumes between 2013 and 2016, and spanning nearly 600 pages—kicked off a surge of history-related graphic “novels” (the term is used fluidly, for both fiction and nonfiction volumes) aimed at both younger readers and adults. It also cemented an understanding among general readers that graphic novels were no longer just about white males running around assuming secret identities.

Ethan Young’s Nanjing: The Burning City (2015) explored the horrific occupation of the Chinese city during World War II by the Japanese. The Best We Could Do by Thi Bui (2018) detailed her family’s escape from Vietnam during the war and their struggle as refugees in their new home in the United States. In Riad Sattouf’s graphic memoir, The Arab of the Future, he moves from country to country while growing up and living under the dictatorships of both Muammar Gaddafi in Libya and Hafez al-Assad in Syria.

Most recently, in 2019, They Called Us Enemy, George Takei’s story of being forced as a child into U.S. internment camps during World War II due to his Japanese heritage and despite his American citizenship, has spotlighted a much-neglected moment in history that still resonates today.

Yet there has been an explosion of deeply personal memoirs as well. While these stories encompass a smaller personal stage, they can create a deep impact on their readers. In Hey, Kiddo, Jarrett Krosoczka depicts his childhood with an addict mother, an absent father, and grandparents who love him even as they struggle with being caregivers again to both daughter and grandson. In Gender Queer, artist Maia Kobabe explores and celebrates eir nonbinary and asexual identity. Katie Green reveals her years-long battle with eating disorders in Lighter Than My Shadow, and the support she received from family and friends along the way.

Like the comic that inspired John Lewis long ago to take up a lifelong mission for racial equality, today’s graphic memoirs and graphic histories inspire their readers to see the world and their lives in a new light and to enact positive change.

With his graphic memoir "March," the late congressman John Lewis not only shared the victorious moments of the Civil Rights movement, but also sparked new life in the powerful graphic memoir category. 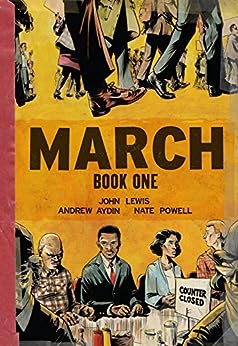