Pierre Lemaitre and "Alex" are Found in Translation 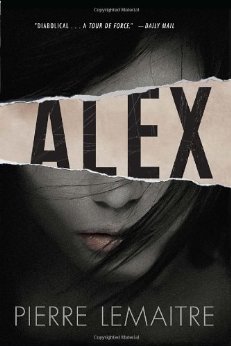 Is America ready for Pierre Lemaitre? We certainly think so. We've selected his intense thriller Alex for our September Best Books of the Month list.

When I learned that it was the author's first work to be translated from his native French into English, but the second book in an established series -- known overseas as the "Commandant Verhoeven Trilogy" -- I couldn't help wondering about the reasons for that decision. Is the first book not as good? Did a super-secret test group relate better to this installmant than the others? The answer, it seems, is simple.

"The MacLehose Press in London was fortunate to have acquired the rights to Alex after we were warned of a particularly striking review of it in Le Monde," says publisher Christopher MacLehose. "If we had known then what we know now of the rich and apparently depthless oeuvre of Pierre Lemaitre we perhaps would not have published Alex before we published Irene. But if you had read Alex as we did and been overwhelmed by it you might have made the same decision."

That "mistake" will be remedied soon enough, with Irene, the first of the series, publishing next September. The third, Camille, will follow September 2015.

"As the author is amused to point out, his trilogy, like the Three Musketeers, runs to four (stories)," MacLehose explains, though he does not indicate if or when the concluding novella Rosy and John will be translated.

The author's son, Victor Marichal, was gracious enough to assist us with some translation work of his own as we took the opportunity to get to know Pierre Lemaitre a little better. 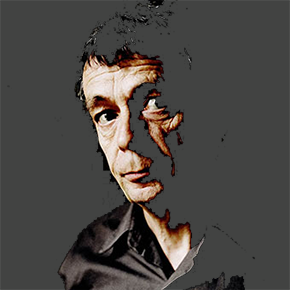 Tell us a little bit about yourself and how you came to write the kind of books you write.

There is not much to be said about my life, I am a very ordinary man. I am just a novelist, which means my job is to write stories. Like most writers, I came accross writing by reading. Becoming a writer was my dream as a child and I must say I am very happy I achieved that dream... Before it was too late.

Who and what have been some of the greatest influences on you as an author?

My first literary revelation, when I was 12 years old, was Nobody's Boy by Hector Malot. A rather sentimental, melodramatic and moralistic novel, that nobody could read anymore, but that was the first book that really blew me away. Then came Alexandre Dumas. And later, it must have been Tolstoï and Proust. I sometimes wonder if that was not enough. Maybe I should have stopped right there...

My ritual consists in getting to work at 9 in the morning and getting off work at 5 in the afternoon. As it is a rather rigid ritual, I sometimes throw myself into thrilling adventures: I start working at 9.10am or finish at 17.15. I could work almost anywhere, on a computer with a word processor. And as I don't like music, I work in silence.

Some writers say they spend months or years researching the finest details and technical aspects of their books. I understand that research isn't something you place a lot of value in. Can you talk a little bit about your philosophy and approach?

I do as little research as possible, I use as little documentation as I can. Exactitude doesn't mean anything to me. What does mean a lot is the truth of my characters, their life story and emotions. Precision is not relevant to me. I write novels, not documentaries.

How would you describe Alex (the book) to someone unfamiliar with it?

I would say: "Read it! It is a fantastic novel!"

For someone so anonymous when the story begins, Alex (the character) turns out to be an incredibly complex young woman. Did you know when you began the book what her full story was, or did it reveal itself to you in pieces while you were writing?

When I started the book, I didn't know Alex. I knew what would happen to her but had no idea who she might be. It is while writing that she appeared as you know her. My work was similar to the one of a sculptor, I was cutting the stone and decided to step back after a while, when I noticed she was there, just before my eyes.

There are some fairly graphic scenes in Alex that are vital to the storytelling. How do you remain effectively descriptive to evoke emotion in your readers rather than being gratuitously violent? Where is that line for you?

The main question is emotion. A novelist is an emotion manufacturer: fear, love, hate, enthusiasm, anger… My goal is to generate emotions in the readers. A description then only has a meaning if it produces emotions serving the action.

Alex was first published in 2011 and won several awards in France. What is like seeing the book garner new attention and new awards so many years later?

The book continues its career, and this is quite miraculous. I was unbelievably lucky to be noticed by Christopher MacLehose, my British publisher. Alex's translation into English, and those of my other novels, made me an international writer. For someone who doesn't speak any foreign languages, this is quite miraculous, isn't it?

What's next for you?

Right now, it is the promotion of my last novel in France. The action takes place in Paris at the end of the First World War: two young veterans, abandoned by the nation, throw themselves in an incredibly sacrilege swindling. The whole country will be looking for them. Not a thriller this time, but definitely thrilling... At least to write!