"I think every single person...has these reservoirs of untapped potential inside of them to achieve extraordinary things." 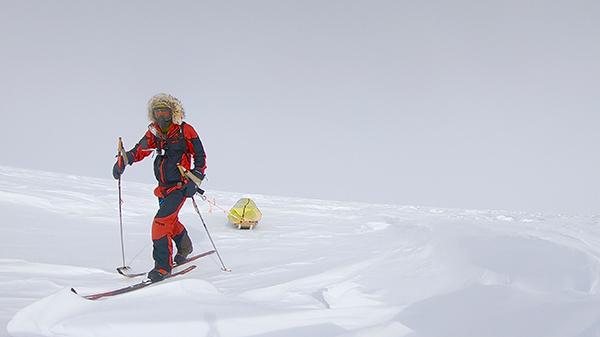 For the last several weeks, while I’ve been running on the gym treadmill and gasping for air, I’ve been telling myself, “At least you’re not doing planks with your hands in buckets of ice water!” And that usually keeps me going for another quarter of a mile. (Ahem. I’m not a strong runner.)

And as Seattle has been socked in by a near-record number of cloudy days that have been heavily garnished with pounding rain, I’ve been telling myself, “At least you’re not pulling a sled for seven weeks, alone, across Antarctica!”

World record-holder Colin O’Brady has done both those things.

Amazon was very lucky to have Colin O’Brady come in to our Seattle headquarters to speak with employees at an event called a Fishbowl about his book, The Impossible First, on his record-breaking solo trek across Antarctica’s landmass.

Explained O’Brady, “The average temperature in Antarctica is about minus 25 or minus 30 degrees, on the average day that I was there. It’s so cold that I took a cup of boiling water at one point, threw it into the air, and it immediately turned into ice…. Not to mention, I’m there during the Antarctic summer. So it’s 24 hours of daylight.”

A similar crossing had been attempted in 2016 by Henry Worsley, who sadly perished in the attempt. In 2018, Colin O’Brady and another explorer, Captain Louis Rudd, set out at the same time from slightly different locations to try to be the first person to cross the Antarctica landmass, unassisted, and using only human power.

For O’Brady, the first day did not go well. While O’Brady was struggling to move his 375-pound sled that held his tent, his sleeping bag, stove, and food, Captain Rudd appeared in view. O’Brady recounts in The Impossible First: “He’d found a rhythm and was striding across the snow. He looked strong. More to the point, he was actually moving.” 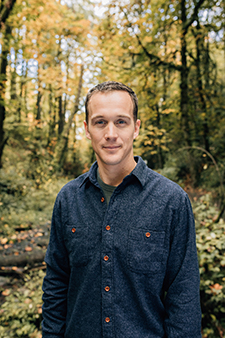 O’Brady, barely able to move his own sled and feeling sorry for himself, begins to cry, and the tears freeze to his face. It was “a very pathetic feeling overall,” O’Brady told the Amazon crowd with a laugh.

One of the themes that The Impossible First and O’Brady keep returning to is perseverance. It’s easy to assume that professional athletes like O’Brady simply push through the tough moments, because that’s what they do. But those tough moments? They can be truly tough, and not just physically tough.

While O’Brady spoke nightly with his wife and a taciturn fellow who worked for the logistics company that brought O’Brady and Rudd to the continent, the isolation of Antarctica began to take its toll.

At the Amazon Fishbowl, I quoted a passage to O’Brady from his book: “Antarctica’s cruelest, hardest force wasn’t its weather or its brutal cold, but the quiet erosion of judgment and reason and sanity, and that was also the one thing you couldn’t possibly defend yourself against.”

O’Brady spoke about his fear that his judgment would erode to the point where he would not know to call for help if he needed it, and he would die on the ice. But one of the most scary episodes—at least to me as a reader—was when O’Brady became unsure that his competitor, Captain Lou Rudd, might actually exist. O’Brady explained, “I hadn’t seen him in 34 days or something…. I asked myself in my head, Is Lou real? Is there actually another guy out here doing this?” Every day, the thought of Rudd out there motivated O’Brady to strive harder, but O’Brady suddenly wondered if he “made up this antagonist in my mind to push myself further.” That night, he oh-so-casually asked his wife over the satellite phone, “Hey, is Lou real?” She replied, “Yeah, he’s real, no doubt about it.” And then she added, “Colin, you’re doing great, and I love you.”

O’Brady isn’t shy about sharing how much support and mentorship he gets in his life and in his feats. He also isn’t shy about sharing the blunders he’s made either. He said that while people sometimes tell him he’s superhuman, “I have made tons of mistakes. I have failed so many times in my life. I’ve been fortunate to be supported by people that have allowed me to get up again and make good on some of those mistakes.”

When we spoke about his drive to set or break world records, O’Brady said, “There is a deep competitive streak inside of me—a willingness to win or push hard.” But there’s also another motivation behind his attempts. “I went in [to the Antarctica crossing] with this blank canvas of curiosity of like, What can I learn from this experience? What will this teach me? Going out and spending that much time alone in my head in the solitude, in the stillness, in the silence…. What is the personal growth from that? Because ultimately the accolade…that will fade. But the personal growth and the learning is so powerful.”

Personal growth and striving for goals is something that O’Brady loves to talk about with kids. His and his wife’s nonprofit organization, Beyond 7/2, not only teaches kids STEM learnings about weather, the ocean, and the environment through O’Brady’s expeditions, but also asks kids, “What’s your Everest?”

O’Brady told me, “It’s really fun to ask gyms full of kids this, and we still do this in our school programs and nonprofit, but it’s actually an important question for every single person at every single age. Every single person in this room has something inside of them, and that’s their metaphorical Everest. It doesn’t have to be climbing a mountain, you know. Love, music, art, entrepreneurship, career, business… it could be anything. But what is this massive goal that lives inside of you that you want but you almost don’t want to speak it because it seems too high, too far, too hard? And we bring the students through the process of that goal setting process… [and] the tangible steps to get there.”

Colin O’Brady is not a big guy. He says he’s normally 165 to 170 pounds and claimed with a laugh that he could do “like, seven” pull-ups while wearing a weight vest. But he trains hard. And even when speaking of his training, he gives all the credit to Mike McCastle (who once did 5,804 pull-ups in 24 hours while wearing a 30-pound vest). O’Brady recounted how McCastle’s Antarctica training regimen included the aforementioned planks with his hands in ice buckets. But then McCastle made him do a wall sit, O’Brady said, “but now my feet are in the ice buckets… and he hands me a weight plate and puts it on my legs. And then he hands me LEGOs, and he goes, ‘You can stop the wall sit after you solve the first ten steps of this LEGO problem with frozen hands.’ And I’m like, ‘What? This is absolutely insane.’… [But in Antarctica] what that meant is when I’m exhausted after 12 hours of pulling my sled, my hands are frozen—I was beginning to have frostbite, cold injuries on my hands—the difference between life and death for me was tying a knot perfectly well and making sure it was secure…. So hats off to Mike McCastle.”

Planning, perseverance, and gratitude. The Impossible First has it in spades.

Colin O’Brady, though, believes that we all can do the impossible: “I think every single person in this room—every single person on this planet—has these reservoirs of untapped potential inside of them to achieve extraordinary things.”

You can see my interview with Colin O’Brady here on Amazon’s Facebook page. (I’m the one who can do, like, one pull-up, sans weight vest.)