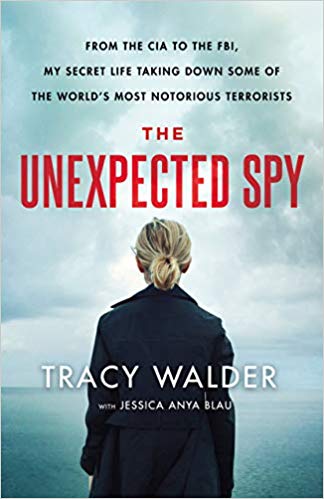 Tracy Walder's career is one that movies are made of, spy movies that is. Recruited by the CIA when she was a sorority sister at the University of Southern California, Walder started her career searching the world for Weapons of Mass Destruction, driven to stop terrorism she interrogated terrorists for leads, traveled to North Africa, Europe, and the Middle East and shut down chemical attacks. After the CIA, she moved to the FBI where she worked in counterintelligence and tracked down one of the most notorious foreign spies ever caught on American soil. Though she was busy hunting down enemies of state, she also had to battle the rampant sexism of the intelligence agencies. Intense, fast-paced, and thrilling The Unexpected Spy is her story - and it will come as no surprise after reading it -- that it is being turned into a TV series.

Her memoir publishes February 25, but here's a bit more in her own words about her career and defying expectations:

I moved so quickly when I was in the CIA--jumping on open-sided helicopters, riding in the trunks of cars, flying from one Middle Eastern country to another--that there was barely time to reflect on how or why I ended up there. I was in my twenties, had a security clearance that outranked people many-years in, and was dealing one-on-one with the highest ranking captured al-Qaeda members as I tried to (and succeeded in) unraveling plots to deploy weapons of mass destruction. I was singularly focused and couldn’t shut my eyes at night without seeing the faces of the dangerous men I had yet to find. Overseas, I had a passport with a name I’ll never tell you. In my pockets, bags, and wallet were scraps of paper, receipts and parking tickets to a city in America where I’d never been. If I’d been caught, it would have been damn-near impossible to find out who I really was. But this feeling wasn’t particularly new to me. I’d always been seen as someone other than who I knew I was inside.

As an infant, I was diagnosed with what is called “Floppy Baby Syndrome” and wasn’t expected to walk. Yet, I spent a childhood studying dance and dancing competitively. From fifth through ninth grade I was called Zidiot (a combination of Zit and Idiot). I instinctively tuned out the mean kids, went deeper into myself and honed my true interests: dancing, and current events. I couldn’t stop watching, reading and analyzing the news.

At the University of Southern California (USC), I joined a sorority, dressed in pink (my favorite color) and rode a purple Huffy across campus. Surely when I peddled by, my blond hair blowing back past my shoulders, people thought there goes another sorority girl. They were right, I was another sorority girl. But I doubt any of them realized I was likely thinking about a man whose name I had memorized after hearing it for the first time: Osama bin Laden. This was a few years before 9/11, most people didn’t worry about a random, bearded guy huddled in a cave in Afghanistan.

When I saw the CIA table at the job fair at USC I was pulled to it like a retractable toy on a string. No one else was nearby; they were crowding the dot-com tables. The CIA recruiter looked me right in the eyes and it was clear he wasn’t seeing a blond sorority girl in pink tennis shoes. He read me right.

When I was undercover with the CIA and, later, when I was in the FBI, foreign spies, criminals, and terrorists rarely viewed me as a threat. Being underestimated, however, turned out to be a superpower. Criminals bragged to me about their crimes, as if I were a girl who would be impressed instead of the woman who would be arresting them. Terrorists talked to me without seeing how they were being manipulated into conversation. They gave me information without understanding the ways I’d wormhole though it until I had unburied plots that were so deep and long, they traveled like tunnels from Europe to the Middle East to Africa.

The world has always seen me as either Zidiot or a sweet blond girl with a big, white smile. Boy, has the world been wrong. 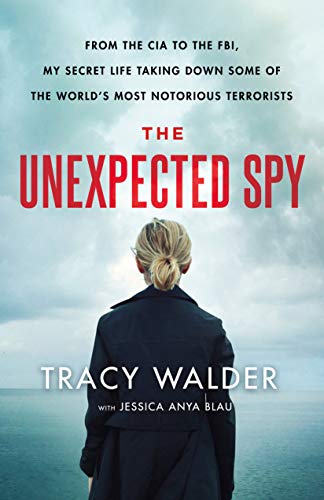 The Unexpected Spy: From the CIA to the FBI, My Secret Life Taking Down Some of the World's Most Notorious Terrorists
Tracy Walder
Print Book Kindle Book
Audible Audiobook