"Sink Into the Past": A Q&A with Pam Jenoff and Jennifer Robson About "Goodnight from London" 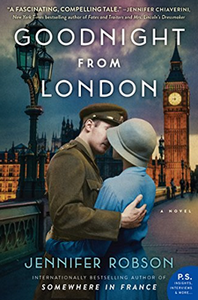 Based, in part, on her grandmother's real-life career as a "newspaperwoman," Jennifer Robson's historical novel, Goodnight from London, follows the experiences of a determined female journalist during the Blitz. Our heroine, Ruby Sutton, moves from America to Britain during the start of WWII to cut her teeth as a reporter. Her presence there isn't entirely welcome, but workplace tensions pale in comparison to the conflict which engulfs the city, something that challenges and transforms Ruby's life entirely. Here, fellow historical novelist Pam Jenoff asks Ms. Robson about the inspiration behind the novel, her dream cast were the movie version ever to be made, and more.

Pam Jenoff: Your past historical novels have been set in the WWI era, but Goodnight from London is set in London at the start of WWII. What made you decide to write about this different period in history?

Jennifer Robson: In part it was my needing a break from the era of the Great War. I know I’ll return to it one day, but I wanted to try my hand at something new, and the British home front in WWII was a period just brimming with possibilities. I had spent almost five years studying it when I was in grad school at Oxford, so I was familiar with its history – and, crucially, I had held on to all my research materials. When it came time to dive back in, I had almost everything I needed right at hand.

Pam: You’ve said in other interviews that the character of Ruby Sutton is partially inspired by your own grandmother – can you tell readers a little more about her?

Jennifer: My grandmother, Nikki Moir, was a newspaperwoman – that’s how she described herself – from the late 1930s through to the late 1970s. She wasn’t famous, and she was the first to admit she wasn’t a particularly elegant writer, but she worked hard, got the stories her editors wanted, and never lost her cool. It’s that toughness, that determination to keep going even when life gets hard, which I tried to capture in Ruby.

Pam: In addition to being an author, you have a background as an historian of British history. How does this affect your research process for your books?

Jennifer: To some degree I think it slows me down – my editor likes to remind me that no one expects me to research my books as if I were writing another doctoral thesis! Probably three-quarters of what I uncover during the research phase doesn’t actually make it into my books, but I like to think it still shows up in the final work. I want people to feel they can really sink into the past when they’re reading one of my books, and the only way to achieve that is through meticulous and systematic research.

Pam: Here’s a fun one – if you had to cast a movie version of Goodnight from London, who would play Ruby and Bennett and why?

Jennifer: I love this game! For Ruby, I would cast Zoe Kazan, who has made a name for herself on the stage but hasn’t yet become really well-known for her film work (although the upcoming rom-com The Big Sick will probably change that). And for Bennett I have only one suggestion: the divine Matthew Rhys. If you disagree, just watch a clip of him as Darcy in the TV adaptation of Death Comes to Pemberley. Does anyone do tortured, broody and sensitive any better?

Pam: Can you give any hints about the subject of your next book?

Jennifer: I can! It’s set in 1947 and follows two women, embroiderers at the salon of Norman Hartnell, who are involved in the creation of Princess Elizabeth’s wedding dress. As part of my research for the book I travelled to England to see the Queen’s wedding gown on display at Buckingham Palace, I spent a day at the renowned embroidery studio Hand and Lock re-creating one of the motifs from the gown, and – best of all – I interviewed the last surviving seamstress who worked on the dress. I’ve never had so much fun working on a book! 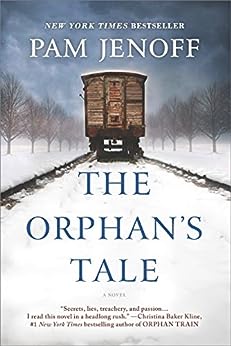