Amazon Book Review Podcast: The Best Books of February, and an Interview with Stephanie Land 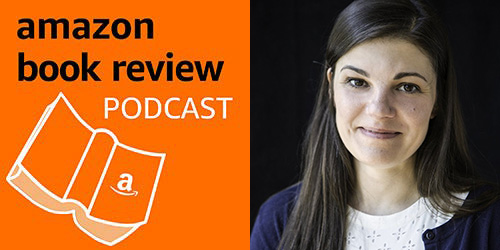 In what is probably the rarest confluence since the SUPER BLOOD WOLF MOON, we are dropping a new pod on the same day we release our picks for the best books of February. The timing is auspicious, and convenient. Instead of having to come up with something to talk about, we can drop into one of our comfiest zones: telling people about a handful of our favorite books coming out over the next four weeks. (You can see every single one of them here.)

On top of that, Chris Schluep interviews Stephanie Land about Maid: Hard Work, Low Pay, and a Mother's Will to Survive. In his introduction, Chris describes Land's memoir as "A little divisive – you rarely hear the story of the working poor from the point of view of the actual working poor, and that's what I responded to in this book."

See the show notes below for a run-down of the books discussed in the podcast. All episodes are available on iTunes and TuneIn – and don't forget to subscribe.

"I think there was one client who read the book and was commenting about it on Facebook, and she's like, 'It's so great!' Wow, you didn't recognize yourself in there, did ya?"