The Best Books of the Year So Far: "The Feather Thief" 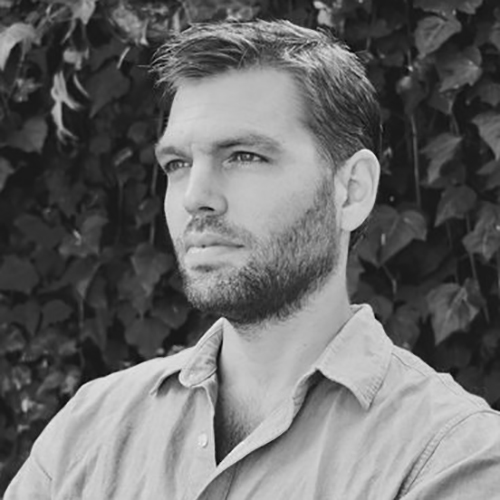 Clever and informative, Kirk Wallace Johnson's tale of the strangest museum heist you've never heard of is number three on our list of the best books of 2018 so far. Here's our interview with Johnson, originally published on May 9, 2018. 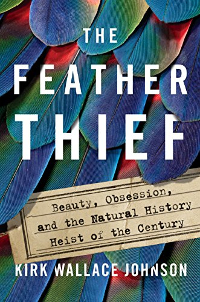 In 2009, curators at a small natural history museum in England discovered that they had been robbed. Missing: Almost 300 rare bird skins, some of which had been acquired by 19th-century naturalist Alfred Russel Wallace from remote and exotic locations.

The feathers and bird skins could fetch hundreds or thousands of dollars on eBay, their high price driven by an international law against trading endangered species. But the specimens' greatest value was the scientific information in their cells, offering a glimpse of the natural world in earlier times.

In The Feather Thief, Kirk Wallace Johnson delves into the passions that fueled this utterly strange theft, the man behind the crime, and the obsessive fly-tiers who will break laws in their quest to create the perfect salmon fly.

We spoke by phone with Johnson the morning after a Smithsonian Natural History Museum event where he was the featured guest.

Adrian Liang: Your book, The Feather Thief, investigates a bizarre theft at a natural history museum of almost 300 rare bird skins by an obsessed fly-tier who wasn't captured for more than a year. You say in the book that you're not a fly-tier or a bird expert, so how did you discover this strange crime?

Kirk Wallace Johnson: Yes, I didn't know anything about this world before I first heard about [the theft]. In my "previous life," I was in charge of the reconstruction of Fallujah for the US government. I speak Arabic and became very close with a lot of the Iraqis who were risking their lives to help us, and when I got back to the States, I realized that they were all running for their lives because they were being hunted as collaborators for working alongside the Americans. I started an organization to fight on their behalf and to get them visas, which I thought was the least we owed them. But…no matter who was in the White House, it was incredibly difficult to get an Iraqi into the United States, no matter how heroic their service was to us. And I felt really pretty burnt out and exhausted, and the only way that I could clear my mind was through fly-fishing.

It was during one of these outings—I was in northern New Mexico in the Sangre de Cristo Mountain range—when the guide that I had hired to teach me the river opened up his fly box and showed off one of these Victorian salmon flies. I had never seen anything like it before. Trout fishermen use these ugly small flies that are drab-looking…made to look like real insects. A salmon fly is this impossibly beautiful thing that has a dozen different species' [feathers]. They're turquoise and emerald and canary yellow and crimson-colored spectral bursts of color.

We started talking about this art form that I'd never heard of before, and my guide told me, If you think this is strange, you should hear about this kid who just broke into the British Museum of Natural History to steal hundreds of exotic bird skins to sell to this kind of underground community of Victorian salmon fly-tiers, in part because he wanted to buy a new golden flute. I heard that sentence, and I thought, "Oh, my God. This can't be true. This is the strangest thing I've ever heard." But as soon as I started poking around and getting into these [online] forums and learning about it, not only was it true but it was way crazier than first reported. And the more I poked around, the more I got personally dragged into this story.

That led to this five-year-long, crazy search around the world for the missing birds.

You note that while the birds that were stolen were not on display at the museum—in fact it took the museum about a month to figure out that they were missing—those birds have great scientific value. Can you explain why the loss of the birds is more important than it might seem on the surface?

I grew up going to natural history museums on school field trips, and I had no idea that they even had these massive collections behind the public displays. But to give you a sense of the scale, the British Museum has something like 750,000 birds not on public display but in 1,500 cabinets, each of which has dozens of drawers, and each drawer holds about 25 bird skins. They'll have dozens of the exact same species but collected over a span of a couple hundred years. And that equips scientists with the ability to draw all kinds of inferences. If you can look at a bird from 1800 and compare it to the same bird from the same island from 1850 or 1950 or 2010, you can unlock [information about] all kinds of changes that are happening on the planet and in that bird by having these records. Alfred Russel Wallace, the naturalist who gathered a lot of these birds, profoundly spoke about them as the individual letters that make up the volumes of the earth's deep history. He recognized that these birds held answers to questions that scientists hadn't even thought to ask yet. In some cases, these birds were gathered before the word "scientist" was even coined, before we knew what DNA was, before we knew what a gene was, before we had any powerful microscopes, to say nothing of the incredible technologies that exist today.

To give an example, DDT pesticide was introduced in the middle of the 20th century, and there were a lot of proponents of it who were saying, Oh, it's fine; it's harmless. All of your concerns are misguided. And it wasn't until somebody studied the eggshells at the natural history museum—and could show conclusively that the eggshells had grown thinner and less viable as soon as DDT was introduced—that it was ultimately banned. More recently, there was a study of over a century's worth of seabirds, and the researchers…described the specimens as "the memory of the ocean." Those birds were able to conclusively demonstrate that mercury levels are rising in the ocean. That's not some kind of arcane scientific data point. That affects not just fish but birds, and it affects humans and food chains that rely on the ocean.

So we're totally indebted to these [museums] and the curators who have protected these collections over generations. They did this because they believed that they were serving and protecting a reservoir of potential human knowledge and insight in the future. And when I realized that not only had they played such a big role but that some of the birds that Edwin sold were gathered by Alfred Russel Wallace… I realized that there was something much more urgent about the investigation, especially considering that nobody in the UK was even looking for [the missing bird skins] any more. 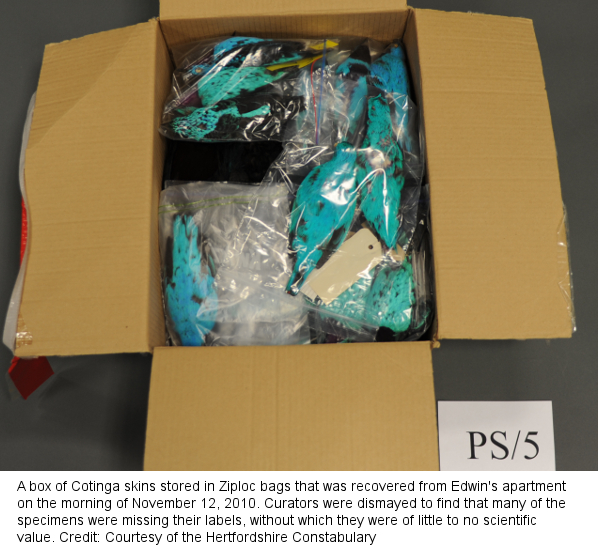 Some of the people who bought the bird skins or bought feathers from the stolen skins turned them over to the museum when they realized that they had bought stolen goods, but many others did not. What is it, do you think, about the fly-tying hobby that causes some of its enthusiasts to knowingly break laws against trading endangered species?

At the core of this story is a question about human obsession and our desire for beautiful things that nature produces. And whether or not we recognize the moral blind spots that can form when we're chasing these things. I'm not trying to be a scold, but I think sometimes people want to very quickly condemn Edwin as being so outside of the mainstream, but whole global economies exist at great cost to the natural world that give us what we want and what we feel we deserve.

I've been struggling for a long time to find any other hobby—any other art form—that so quickly drives its enthusiasts into potentially breaking international laws in the pursuit of that art form. You can go on eBay today, and you can search for Resplendent Quetzal feathers, and you can buy a pair for $100—and that is a completely illegal transaction. There's one fly that requires more than $2,000 worth of feathers. Where does the blind spot come from? I think…at the heart of it is historical fetishism. These guys have convinced themselves that the only way to truly do this is to tie with the "real stuff" from 150 years ago, and that any fly that doesn't actually have a Cotinga feather on it or a Red Ruffed Fruitcrow feather on it—even through you could dye a turkey feather to look the exact same—is not the real thing. And because of that, there's this whole kind of obsessive marketplace for it, and there's a lot of status if you're able to tie one these things. You get a lot of praise from other people in the community. 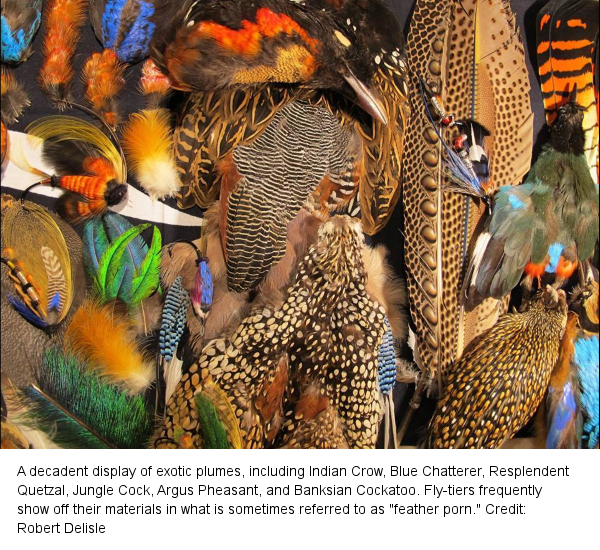 Have you ever tried to tie a fly?

[Laughs] I actually can tie pretty lousy trout flies. But those are really crude, simple things. In the course of researching the book, I sat down and tied one of these salmon flies just because I wanted to see what the deal was, and there are all these really minute steps. I could see how hard it is to do—and how hard it is to do correctly—but for me, it's not my thing. For me, the romance of all this stuff is actually getting out in a river and catching something. 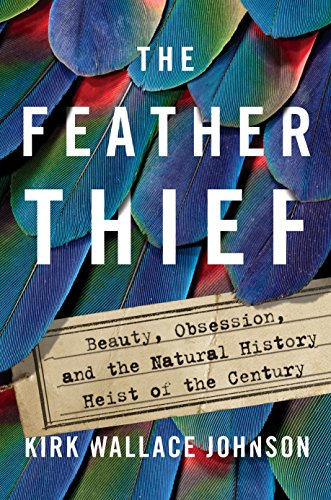 Who Was "Weegee the...
Read