Our 20 selections for the best science books of the year has a little of everything: A journey of mind-bending experimentation from a bestselling food writer; an examination of what it means to be human at the dawn of the Age of the Algorithm; a litany of natural disasters that have altered the course of history; and an exploration of the secrets hidden in our cells. You could say that there were so many good science books this year that this list practically self-selected.

See more picks across over a dozen categories in the Best Books of the Year. 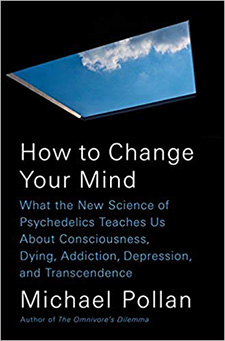 How to Change Your Mind by Michael Pollan

Pollan explores the potential psilocybin and other psychedelics hold for transformation of the spiritual and emotional kind. As he tells it in How to Change Your Mind, a fascinating, sometimes moving look at the history and uses of psychoactive compounds, Pollan avoided such drugs in his youth, but later in life became intrigued by the opportunity “to become more ‘open’—especially at this age, when the grooves of mental habit have been etched so deep as to seem inescapable.” And then there was the chance of experiencing a spiritual epiphany—“touching the face of God,” as one ecstatic user put it. Pollan’s natural skepticism and wry humor is a good match for the detailed accounts he includes of mind-blowing, trip-induced revelations. Ultimately, whether such experiences lead to genuine insight into, say, the origins of the universe or what we can expect after death seems less interesting to Pollan than the hope psychedelics offer people suffering from depression, addiction, and acute illness. Can magic mushrooms be used more broadly for “the betterment of well people”? Readers who begin reading Pollan’s book feeling doubtful about the responsible use of psychedelics may find their own minds changed by his engaging, enlightened, and persuasive combination of personal and journalistic research. “I felt as if I were standing on the edge of a wide-open frontier, squinting to make out something wondrous,” he writes, and with him as our guide, so do we. [Print | Kindle] 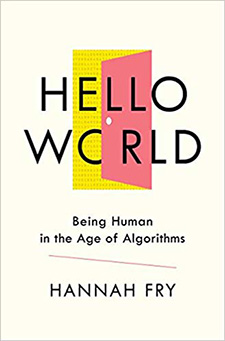 Hello World: Being Human in the Age of Algorithms by Hannah Fry

These days the term "algorithm" evokes the same magical potency as Harry Potter's famous invocation "Expecto Patronum!" When an algorithm is in force, you see only what you want to see on Facebook. Advertising for items you desire follows you around the Internet. Green signal lights stay on longer during rush hour to move more traffic through congested streets. But an algorithm is only as good as the humans who create it. In Hello World (named for the program that is the first that people often learn to write), Hannah Fry explores algorithms that work, algorithms that don't, algorithms that have improved vital areas of our lives such as health care and policing, and algorithms that have screwed things up even worse. It might sound dry, but Hannah Fry makes algorithms sound not only quite interesting but an idea that we must understand better as they dominate more and more of our daily lives in ways we see and in many ways we don't. [Print | Kindle] 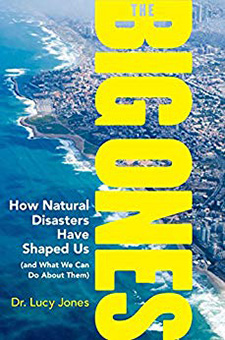 The Big Ones: How Natural Disasters Have Shaped Us (and What We Can Do About Them) by Dr. Lucy Jones

Hurricanes, earthquakes, volcanoes, tornadoes, floods, megafires: Almost anywhere humans live is prone to a natural disaster of one sort or another, or several. Dr. Lucy Jones—a seismologist who spent over three decades with the USGS—has studied the biggest catastrophes to befall us, and how they've altered our cities, our beliefs, and ourselves. A catalog of past calamities and a look ahead to a future seemingly rife with them, The Big Ones is a fascinating, terrifying, and compulsive read. [Print | Kindle] 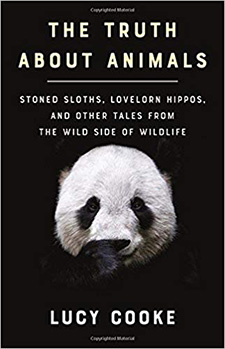 The Truth About Animals: Stoned Sloths, Lovelorn Hippos, and Other Tales from the Wild Side of Wildlife by Lucy Cooke

You might have heard recently that panda bears are savage, sex-crazed beasts. (If not, satisfy your curiosity with a quick internet search). Well, apparently that's just the tip of the iceberg. Lucy Cooke take readers on a tour of surprising-if-sometimes-unnerving-or-unseemly animal behavior, from beavers to eels to sloths to chimpanzees (which we already knew were depraved). And if we see a bit of ourselves in her weird bestiary, it's because we're animals, too. [Print | Kindle] 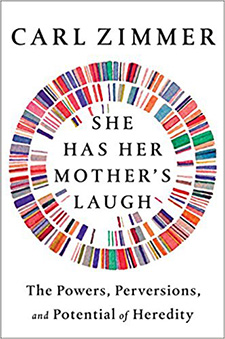 She Has Her Mother's Laugh: The Powers, Perversions, and Potential of Heredity by Carl Zimmer

Heredity is a lot more complex than most people think. New York Times columnist Zimmer dives deep into the ways that we pass along our genetic inheritance. Through history, science, and a boatload of personal curiosity (the book originated from questions he had regarding his own child, and he had his entire genome mapped in the process of writing it), Zimmer seeks to retell the story of heredity in broader and more inclusive terms than the ones we’re used to hearing. For example, who we become is determined by our ancestors’ genes, yes; but it is also a product of our own cells—for one cell can contribute to millions of future cells. How we treat ourselves, what we learn, and even how we feel, eventually contributes to our hereditary future. The forces at work are myriad, mostly unseen, and subject to variables that we barely understand. Zimmer is trying to help us here, to teach us, and in doing so he succeeds in entertaining us as well. [Print | Kindle] 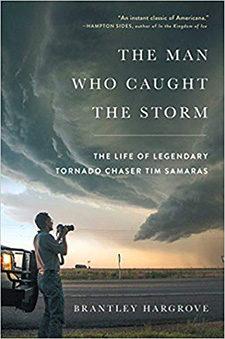 The Man Who Caught the Storm: The Life of Legendary Tornado Chaser Tim Samaras by Brantley Hargrove

Samaras was something of an amateur tornado chaser, an autodidact armed with a high school diploma and an interest in electronics who sought the secrets of super storms by getting perilously close to them. With success came notoriety, as well as money and opportunities from the likes of National Geographic and The Discovery Channel. Competition for funding and his own obsessions drove him ever closer, until a monster twister—with winds approaching 300 miles per hour—killed Samaras on May 31, 2013, along with his son and a research partner. Brantley Hargrove's account is a deft blend of humanity and science, achievement and tragedy. [Print | Kindle]

More of the best science and nature books of 2018: