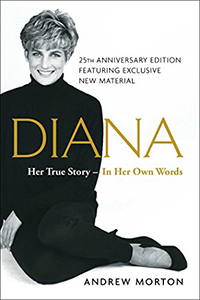 August 31 marks the 20th anniversary of the loss of Princess Diana, who was just 36 years old when she died in a 1997 car accident in Paris. The devoted mother of princes William and Harry was known as a humanitarian, a fashion icon and a virtual one-woman tabloid industry, thanks to her acrimonious divorce from Prince Charles. Hindsight reveals that she also practically single-handedly modernized the British monarchy. Diana humanized the chilly Windsors by using her spotlight to bring attention to battles against HIV, leprosy and land mines, reshaping the royals’ relationship with the press along the way. One tragic instant in a Parisian tunnel cut her life short, but her legacy of compassion endures.

Diana: Her True Story — In Her Own Words by Andrew Morton
Diana Spencer was tabloid fodder beginning with her 1981 engagement, but the frenzy tipped into overload with the publication of this 1992 book dishing on her marital problems with Prince Charles. Royal watchers could scarcely believe it when Morton’s source was revealed to be the princess herself.

Many people recall where they were when they heard the news about Princess Diana, and Andersen’s book lays out the details around what happened that fateful day, following everyone from the medical staff at the Pitié-Salpêtrière hospital to Prince Charles, who came to collect her body. It’s an exhaustively researched, compelling account of the historical day.

Remembering Diana: A Life in Photographs by National Geographic

For those who prefer to remember “the People’s Princess” at her best, this new photographic retrospective details her life in lavish pictures. With images reaching back to her childhood, and a foreword by friend Tina Brown, it’s a beautiful tribute to a woman whose style defined fashion. 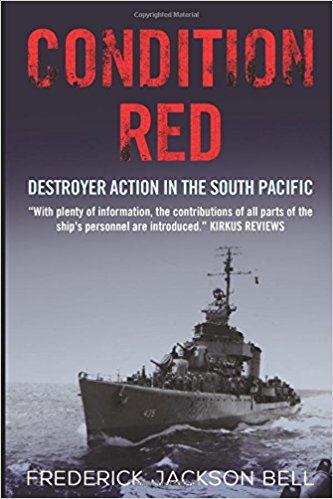 The Navy relieved Vice Adm. Joseph Aucoin from command of the 7th fleet after the destroyer USS John S. McCain lost steering power and collided with an oil tanker off the coast of Singapore, killing 10 sailors. The accident comes just two months after the USS Fitzgerald collided with a Japanese freighter, killing seven sailors. Destroyers have a long history in the Navy, going back to the days of torpedo warfare. Frederick J. Bell commanded the USS Grayson during World War II. He gives an engrossing account of what life was like on an active-duty destroyer in his book Condition Red: Destroyer Action in the South Pacific. 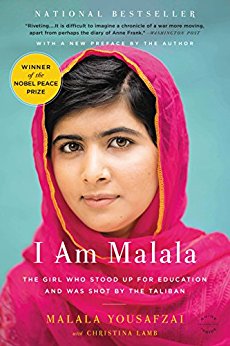 All of the 12,000 or so undergraduates at Oxford University are presumably talented, smart and driven, but only one will have a Nobel Peace Prize. Malala Yousafzai, the Pakistani-born crusader for girls’ education, accepted a place at the university’s Lady Margaret Hall to study philosophy, politics and economics. Yousafzai, 20, was shot by the Taliban when she was 15 for daring to advocate for gender equality in education. She told her story in memoir, I Am Malala, which rates an average of 4.6 stars from more than 3,700 Amazon customers. 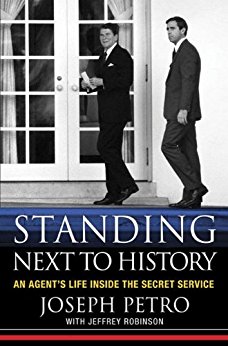 Protecting President Trump and his large family is draining the Secret Service’s coffers, the agency says. Forty-two people are currently under agency protection (up from 31 under Barack Obama), 18 of whom are Trump relatives. In addition, the president takes frequent trips to his golf resorts, further straining the Service’s overtime pay caps. Aside from the workaday issue of a paycheck, the gig is like no other. Joseph Petro (with co-author Jeffrey Robinson) shares stories from his 23 years on the job in Standing Next to History: An Agent’s Life Inside the Secret Service. Protecting President Reagan, Petro saw world events from an unusual perspective.

The sound of silence: Big Ben goes on four-year break 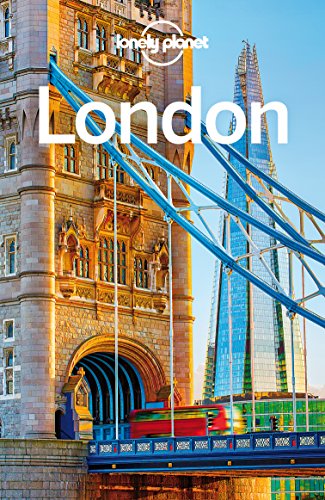 Much to the chagrin of Britons and tourists, the sounds of Big Ben’s jolly bing-bongs will keep mum for a spell. The bell in the Elizabeth Tower of the Houses of Parliament is due to stay mostly silent for the next four years, while a multi-million-dollar refurbishment takes place. (The bell will toll a few times a year for special occasions). The Houses of Parliament are still worth a tour, as is the rest of this world-class city. Lonely Planet: London offers a brief history of Westminster’s sites and is an essential resource for the rest of the city. 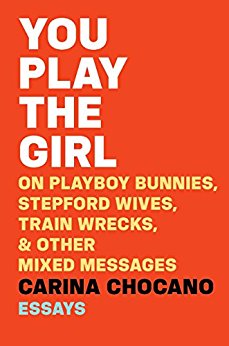 According to Forbes, Mark Wahlberg is worth more than Emma Watson, Charlize Theron, Cate Blanchett, Julia Roberts and Amy Adams — combined. The action star tops the list of the past year’s highest-paid male actors, netting $68 million. The highest-paid female actor, Emma Stone, wouldn’t even crack the fellas’ top 10 with her $26 million payday. While there are many factors in stars’ pay, gender inequality is built into the structure and messaging of Hollywood. Journalist Carina Chocano deconstructs the stereotypes in You Play the Girl: On Playboy Bunnies, Stepford Wives, Train Wrecks, and Other Mixed Messages. You’ll see pop culture in a whole new way. 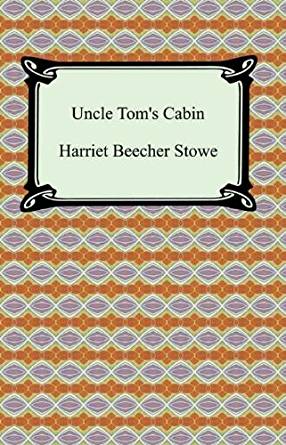 “Humanity comes out in a variety of strange forms now-a-days, and there is no end to the odd things that humane people will say and do.”

The abolitionist Stowe wrote Uncle Tom’s Cabin as a rebuke to slavery, which she believed antithetical to the nation’s founding ideals. Stowe’s childhood home in Litchfield, Conn., was recently listed on eBay for $400,000. There were no bids.

Strap Yourself In...
Read