The best history books of February

We have heard from some publishers that, with the election coming up in the fall of 2020, they moved some books to the beginning of the year in order to avoid the political media crush that will take place toward year's end. That may account for the number of great history books we see coming out in February--although only one of them is included in our top 10 for February, any one of these could conceivably be on the top 10 list.

I'm including several below, along with some of my personal thoughts on the books and some text from the publisher; but be sure to check out the full list, because it really is worth checking out. 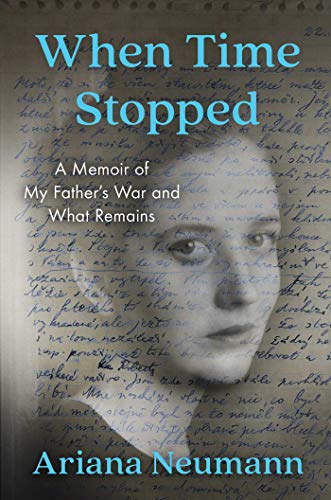 When Time Stopped: A Memoir of My Father's War and What Remains by Ariana Neumann

Of thirty-four Neumann family members, twenty-five were murdered by the Nazis. One of the survivors was Hans Neumann, who, to escape the German death net, traveled to Berlin and hid in plain sight under the Gestapo’s eyes. What Hans experienced was so unspeakable that, when he built an industrial empire in Venezuela after the war, he couldn’t bring himself to talk about it. All his daughter Ariana knew was that something terrible had happened.

When Hans died, he left Ariana a small box filled with letters, diary entries, and other memorabilia. Ten years later Ariana finally summoned the courage to have the letters translated, and she began reading. What she discovered launched her on a worldwide search that would deliver indelible portraits of a family loving, finding meaning, and trying to survive amid the worst that can be imagined. 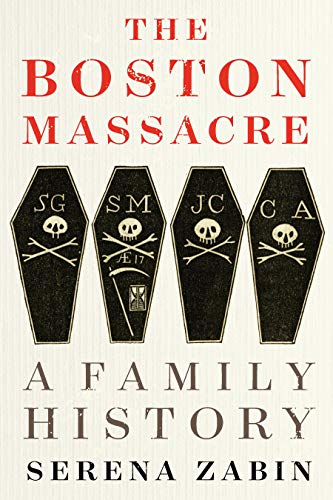 This one was in our top 10. Here is Adrian Liang's review: "This book’s subtitle, “A Family History,” sends a clear signal that this isn’t your usual Boston Massacre story—and thank goodness for history professor Serena Zabin’s interest in digging deeper into the 1770 event that pivoted the American colonies closer to revolution. With an eye for the attention-arresting detail, Zabin follows a dozen key players as British troops are first housed among the tax-resistant Bostonians in an antagonistic 1768 decision by the army’s officers, and then begin to desert into the New England countryside in record numbers. At the same time, Zabin highlights the juicy stories of soldiers’ marriages to local lasses, soldiers’ wives’ attempts to keep their families together, and drunken scuffles on the street to examine the complicated relationships that propagated during the British regiments’ years in Boston. Diary entries, personal letters to friends and fiery letters to newspapers, sarcastic ditties sung at social events, and court and church records expose the complex interactions between the residents of Boston and the soldiers encamped among them. Zabin’s sense of humor, her interest in exploring historical crannies others have ignored, and a firm grasp of human behavior make The Boston Massacre a lively and convincing history that illuminates an oft-cited incident in a new and exhilarating way." 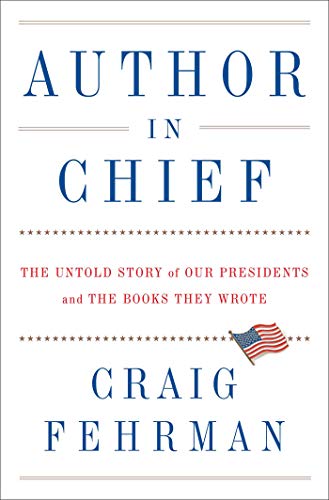 Author in Chief: The Untold Story of Our Presidents and the Books They Wrote by Craig Fehrman

Here is one that might not immediately jump out at you, but Craig Fehrman's book about the literary works of American Presidents is fascinating. Did you know that Abraham Lincoln wrote a best-seller? Or that Calvin Coolidge’s Autobiography was one of the most widely discussed titles of 1929?

Presidential books have made an enormous impact on American history, catapulting their authors to the national stage and even turning key elections. Beginning with Thomas Jefferson’s Notes on the State of Virginia, the first presidential book to influence a campaign, and John Adams’s Autobiography, the first score-settling presiden­tial memoir, Author in Chief draws on newly uncovered information—including never-before-published letters from Andrew Jackson, John F. Kennedy, and Ronald Reagan—to cast fresh light on the private drives and self-doubts that fueled our nation’s leaders.

We see Teddy Roosevelt as a vulnerable first-time author, struggling to write the book that would become a classic of American history. We see Reagan painstakingly revising Where’s the Rest of Me?, a forgotten memoir in which he sharpened his sunny political image. We see Donald Trump negotiating the deal for The Art of the Deal, the volume that made him synonymous with business savvy. Alongside each of these authors, we also glimpse the everyday Americans who read them. 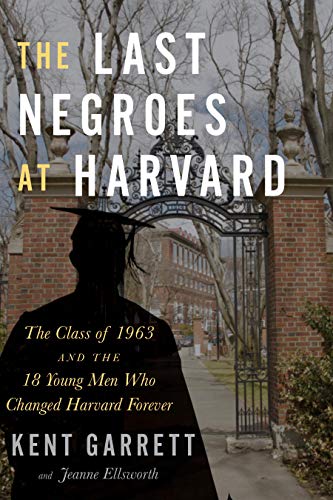 The Last Negroes at Harvard: The Class of 1963 and the 18 Young Men Who Changed Harvard Forever by Kent Garrett

In the fall of 1959, Harvard recruited an unprecedented eighteen “Negro” boys as an early form of affirmative action. Four years later they would graduate as African Americans. Some fifty years later, one of these trailblazing Harvard grads, Kent Garrett, would begin to reconnect with his classmates and explore their vastly different backgrounds, lives, and what their time at Harvard meant.

Garrett and his partner Jeanne Ellsworth recount how these eighteen youths broke new ground, with ramifications that extended far past the iconic Yard. By the time they were seniors, they would have demonstrated against national injustice and grappled with the racism of academia, had dinner with Malcolm X and fought alongside their African national classmates for the right to form a Black students’ organization. This is part history, part memoir, part shared experience. 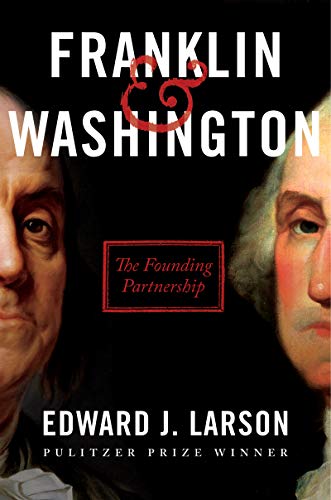 I really enjoyed this book. You wouldn't normally group George Washington and Benjamin Franklin together, but Larson's dual biography brings both men to life and shines a light on the their thirty year relationship building a nation.

After long sup­porting British rule, both became key early proponents of inde­pendence. Rekindled during the Second Continental Congress in 1775, their friendship gained historical significance during the American Revolution, when Franklin led America’s diplomatic mission in Europe (securing money and an alliance with France) and Washington commanded the Continental Army. Victory required both of these efforts to succeed, and success, in turn, required their mutual coordination and cooperation. In the 1780s, the two sought to strengthen the union, leading to the framing and ratification of the Constitution, the founding document that bears their stamp. 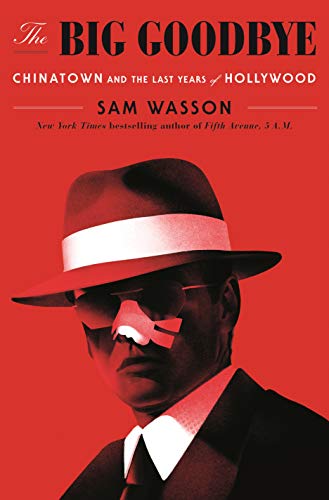 Hot on the heels of the Oscars comes this book about some of the most colorful characters in the most colorful period of Hollywood history. Here is Jack Nicholson at the height of his powers, arguably as colorful a movie star as there has ever been, embarking on his great, doomed love affair with Anjelica Huston. Here is director Roman Polanski, both predator and prey, haunted by the savage death of his wife, returning to Los Angeles, the scene of the crime, where the seeds of his own self-destruction are quickly planted. Here is the fevered dealmaking of "The Kid" Robert Evans, the most consummate of producers. Here too is Robert Towne's fabled script, widely considered the greatest original screenplay ever written.

Looming over the story of this classic movie is the imminent eclipse of the '70s filmmaker-friendly studios as they gave way to the corporate Hollywood we know today.