A Tale of Heroism, Adventure, and Love: Mark Sullivan on "Beneath a Scarlet Sky" 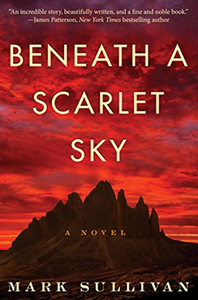 Pino Lella was just a teen during WWII, but his bravery belied his tender age. He saved countless Jews, first guiding them to safety over the Alps, then taking an arguably more harrowing gig as a German general's driver, so that he could spy for Allied forces. Lella's story served as the inspiration for Mark Sullivan's bestselling novel Beneath a Scarlet Sky, which is now being made into a film starring Tom Holland. Novels set during this time are perennially popular, but not many captivate readers to the extent that Sullivan's has. What sets it apart? He has some theories...

People have asked me why I think my World War II novel, Beneath a Scarlet Sky, has struck a chord and resonated with so many readers when the book and video shelves are bulging with stories about that time.

Based on the thousands of reader-reviews I’ve gratefully read in response to the book, Pino Lella’s story seems to hit most people like it hit me the first time I heard it: a tale of heroism, adventure, and love that ultimately becomes a deeply emotional journey for almost everyone who opens the cover.

Struggle, Love, Joy, Despair, and ultimately Triumph. The experiences and themes of a great lifetime are all there in less than two years of Pino’s young existence. 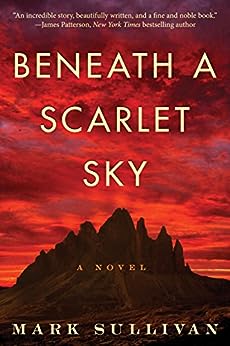 Beneath a Scarlet Sky

There’s also the fact that the book is based on a real person, who is still alive, and who lived for seventy years in anonymity, never looking for notoriety, and bearing scars that most of us could not fathom. And he did it while managing to live a long, remarkable, and mostly happy life.

There’s also the setting. World War II in northern Italy. I can’t tell you how many kind notes and comments I’ve gotten that say they’d read plenty of stories about the war in France, Great Britain, and Germany, but rarely if ever about Italy. I had the same reaction when I found out about the story, and realized I had an opportunity to not only tell Pino’s tale, but to teach people some of the history that unfolded in and around Milan in the last twenty months of the war.

I think the book’s popularity can also be attributed to the fact that World War II was the last time there were clear good guys and bad guys. Our nation, the world, ultimately united behind the belief that fascism and totalitarianism in any form had to be fought and defeated. There was also a collective sacrifice toward a common goal that was shared in that time, and that created a nobleness of purpose and spirit that I think people are continually drawn to read about.

Pino was young when it all happened as well. He was a privileged teenage boy, obsessed with what he was supposed to be obsessed with at seventeen years old: girls, music, and food. And yet, when called upon, this ordinary, arguably spoiled boy left those interests behind and grew up, became someone much larger, someone willing to risk his own life to guide Jews escaping Nazi-occupied Italy over the Alps into Switzerland.

And he kept taking these risks, becoming a spy inside the German High Command, falling in love, having his heart shattered, driving through battle zones on the final day of the war, enduring mysteries and holding secrets, and growing old. I think a lot of people who read about Pino ask themselves what they would have done if they’d had to make the decisions he faced with.
But ultimately, I believe people have embraced the story because the powerful emotion felt at the end of Pino’s life-long journey is deep and universal and lingers long, long after the cover is closed.

What to Read While...
Read