I had the enormous pleasure of speaking recently with Peggy Orenstein about her groundbreaking, insightful, and thoughtful book Girls & Sex, in which she interviewed high school and college girls about their relationships. Orenstein was just as smart and informative in person, and she graciously answered my questions about her book, which I’ve been recommending wholeheartedly to parents all year. 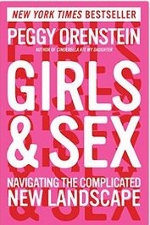 Amazon Book Review: What was your aim in writing Girls & Sex?

As you were talking to these high school and college girls, what assumptions did you have that they challenged or overturned during your conversations with them?

I have to admit that I blew my first couple interviews because I wasn’t prepared for what I was hearing on the issue of the lack of reciprocity. And I think I betrayed such surprise that I frightened the young women I was talking to, and they would never talk to me again. I had to really learn how to talk to young women in a way that was not judgmental and so that I could really hear them and validate their experience. What was the most surprising to me was this idea that we’ve raised this generation of young women who have such a strong voice, who are ambitious, have high professional aspirations for themselves, and leaning in like crazy, but they’re still toppling in their personal lives—they felt like they were entitled to engage sexually but not entitled to enjoy it.

That’s why those first couple interviews were hard for me—it was hard for me to hear that. Some people would say to me, “Well, hasn’t it always been hard for women to be sexually self-actualizing?” and I thought, “Well, when we have changed so much else in the public realm for girls and women, why is this the one place where we’re willing to say, ‘Oh, never mind, it doesn’t matter since this is the way that it was 100 years’?”

When I was reading your book, I was wondering what boys and young men are thinking as well, and what struggles they are going through.

I think that boys have expectations and assumptions that are imposed on them too. There was one study that I looked at called Not Under My Roof that compared Dutch and American teens, and one thing she found with boys was that American boys said they wanted love but they thought that that was a personal quirk. Dutch boys said, “Well, of course you want to be in love with your partner. My father taught me that.” So I think there’s a lot of pressure on boys in a culture that objectifies women and tells men that girls’ limits are a challenge that men are supposed to push past, to be aggressive and to be adversarial. And I don’t know that boys want that either.

I feel like as a parent I didn’t realize that so much of my job was going to be managing media and the impact of media on my child. I think this has been a central shift in responsibilities for parents of our generation. We weren’t raised to know how to do that. We didn’t know it was going to happen and it took us by surprise. And part of that media managing is around gender roles and sexuality. Whether it’s talking about the tyranny of the need to be “hot” for girls and how it affects them, or the tyranny of porn on boys and girls and how it changes their expectations of sexuality, managing the media and their message is critical.

It’s something that parents have to get out in front on. If we’re not teaching them something to counteract that—both in terms of reality, and how kids should be engaging ethically and responsibly and with reciprocity of mutual pleasure—porn-style sex is what they’re going to be doing.

What other books have you been recommending to people who want to learn more about girls, their development, and their relationships?

Untangled by Lisa Damour, about teenage girls as they turn into adults. I’m also recommending Come As You Are by Emily Nagoski, which is great on understanding the distinctiveness of women’s sexuality and has the message that we are all normal as we are. It really encourages understanding, appreciating, and taking control of female sexuality on its own terms. I think it’s great for adult women, because we don’t know the information in this book. But I think it’s really great for college-age women.

I also recommend for kids themselves the Robie Harris books (It’s So Amazing!, It’s Not the Stork!, It’s Perfectly Normal) plus the American Girl books, The Care and Keeping of You, though that’s more about puberty than sex. Those books are perfect for meeting kids at where they are developmentally and explaining about the body, development, reproduction, and communication. They are books I used when my daughter was younger.

For adults to read, the books that I recommend are Talk to Me First by Deborah Roffman and For Goodness Sex by Al Vernacchio.

Subscribe to Omnivoracious: The Amazon Book Review for our picks of best books of the month, author interviews, reading recommendations, and more from the Amazon Books editors 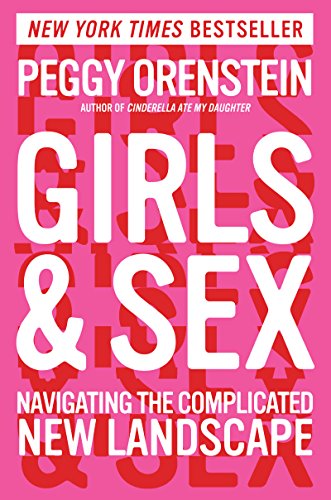